Roy Hodgson first managed a club in 1976, spent over 40 years in football and I guarantee he's ever seen anything like the ​current situation. There's good news for Roy - football will return at some point, and this little hiatus we've been on should make next season even more exciting.

The aspirations at Palace remain what they've always been - Premier League survival. The former England manager has done a severely underrated job in turning the Eagles into a solid mid-table club with minimal resources. Smart recruitment and conservative tactics have put Palace where they are today. If Palace make some alterations to their squad and retain their best players, the 2020/21 season could be one to remember.

Here's how the Eagles' dream summer will play out.

Smart and cost-effective solutions have been the method for ​Palace over the years, so we've made sure the Eagles splash the cash in this dream 2020.

Nathan Ferguson - ​A deal that very nearly happened this January but a hiccup during the player's medical meant he stayed at West Brom. Palace are expected to return this summer for the 19-year-old. £10m

Josh Maja - The Londoner arrives in the Premier League this summer, leaving Bordeaux after 18 months. Sunderland's loss is Palace's gain as they get a player that doesn't look out of place at the highest level of French football. £8m 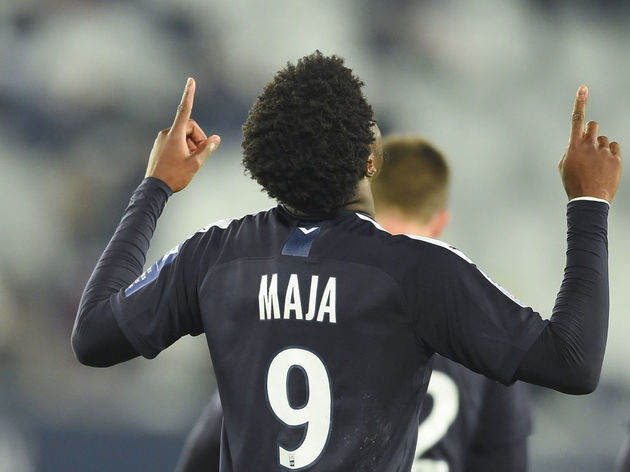 Joakim Maehle - The Danish Under-21 defender is expected to make a move to the ​Premier League with ​Southampton circling but here, Palace muscle in, adding him to Hodgson's effective backline. £11.5m

Ryan Fraser - The ​Bournemouth man is out of contract this summer and he is sure to have a number of teams inquiring about his services. If Palace were able to convince the Scot about the project in London (i.e. by paying him huge wages), Fraser would be a brilliant signing. Free

Victor Osimhen - The Lille striker has a number of clubs interested in the Nigerian, however, the Eagles swoop in to snap up the 21-year-old to form a dynamic partnership with Josh Maja. The dream signing. £45m

Ethan Ampadu - After a frustrating year at RB Leipzig, the ​Chelsea man wasn't able to develop at the pace that would allow the player to expect game time at Stamford Bridge. In order to get the game time he needs, the Welshman moves across the capital. £25m

Ainsley Maitland-Niles - The Palace midfield needs to be freshened up and the ​Arsenal man provides the perfect option. A centre midfielder by nature, Maitland-Niles has already voiced his displeasure over being played out of position. £18m

These seven signings would add quality, make Palace's ageing squad more youthful and provide plenty of talent that they could sell on for profit.

Clearing out some of the deadwood is an absolute must - we're looking at you, ​Christian. Scott Dann - Dann has enjoyed a great Premier League career, spending over a decade at the top but unfortunately, the 33-year-old's deal expires this June. Expect the defender to drop down a division to contribute to someone's promotion push. Free

Max Meyer - High expectations were held for the German when he arrived from Schalke 04 but the performances have not matched the hype in his two years in South London. Expect a return to the Bundesliga at a relative snip. £15m

James McArthur - It'll be sad to see the confusing combination of McArthur and McCarthy be broken up, but the Palace midfield could do with a refresh. £8m

Joel Ward - A fan favourite but with the incoming signings, Ward is deemed expendable. Don't expect many Premier League suitors but can still contribute to a solid Championship club. £4m

Andros Townsend - The scorer of the greatest volley in ​Premier League history is unfortunately out this summer. The former England international will have at least one or two clubs interested. £9m