Olivier Giroud: Why Extending the Go-Kart's Stay at Chelsea Is Wiser Than Buying a Ferrari

​What does a man who has won Ligue 1, the FA Cup (four times), the Europa League, a World Cup and Premier League's Hottest Player 2015 have to do to get a bit of respect put on his name?

​Seemingly, all of the above is still not enough. For such a nice, genuine - and let's face it - beautiful man, Olivier Giroud is surprisingly being forced to prove wrong a long list of doubters, critics, and Twitter hecklers.

And no line of abuse was more undeserved than that he recently received from the embittered, non-World Cup winner Karim Benzema, who likened his national compatriot to a go-kart, before raising comparisons between himself and a Formula One car. This snide, ridiculous attack was clearly born from pure jealousy, as the Real Madrid star's own controversial actions have subsequently deemed him unworthy of wearing the French national jersey.

Frankly, it all comes down to his goal return - which as a striker, you may well think is a fair stick with which to beat him. Since arriving at Stamford Bridge in January 2018, the Frenchman has bagged only seven league goals in 49 matches. Hardly inspiring stuff.

And it could have been this measly record which saw Giroud cast down the Chelsea pecking order for large parts of the 2019/20 season, as Frank Lampard opted for youth and raw talent over canny experience.

And after two years in west London, the 33-year-old looked destined for a January exit, in desperate need of first-team football ahead of France's Euro 2020 campaign. But a move never materialised, and after Tammy Abraham suffered a stroke of misfortune with injury, Giroud's moment in the sun arrived.

So, Chelsea have exercised the extension clause in Giroud's contract that keeps him at Chelsea until June 2021! Personally, I don't mind this extension of one year BUT Tammy needs proper competition & that's why we should look for other options! Let Michy leave & get Aubameyang!! pic.twitter.com/wLkMjFwclu

And as always, he played like a man with a point to prove.

The forward started in the Blues' final three games before the league's suspension, scoring against ​Tottenham Hotspur - who, ironically, had tried to lure him across London in January - and Everton.

But what seemed to be a final hurrah at ​Chelsea, has likely transformed into a successful audition, instead. The club is set to trigger an extension clause in the experienced striker's contract, meaning ​Giroud will be sticking around the Bridge​ for a year longer than planned.

Although some may sneer and view this as an act of desperation from the Blues, in reality, it's far from it. If anything, it's possibly the shrewdest piece of business that Lampard will pull off in the entire summer transfer market.

While Giroud's profile doesn't match the club's new-found ethos under their young and hungry manager, he may provide the perfect counterbalance to the team's youthful vibrancy, which has occasionally led to naive errors and inconsistency across the pitch. 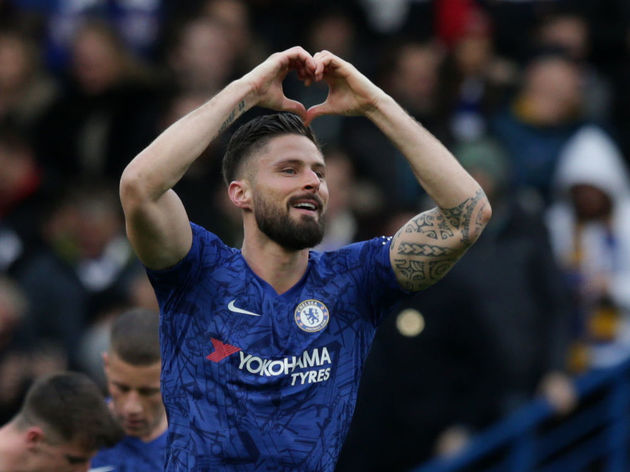 And in the games against the very elite sides, which tend to cause inexperienced youngsters to freeze up and lose their heads, the French forward is the perfect man to steady the ship through the choppiest of waters.

Just ask Arsenal fans. They were fortunate enough to see him come up with the goods in a number of high profile matches for the Gunners, scoring regularly against the likes of Liverpool and ​Manchester City during his time in North London.

And rather more recently, he served up a painful reminder to his once-loyal supporters, netting in Chelsea's 4-1 victory over ​Arsenal in the 2019 Europa League final. Sorry for bringing that one up, Gooners.

But it's not his goals that make him such an irreplaceable force within a team.

"I don’t think France would have won the World Cup if Olivier Giroud had not been in the team. In the support he provided, in his chemistry with Kylian and Antoine and above all because Olivier has the experience, he has been in the team for a long time."

The fact that the likes of Hazard and Antoine Griezmann often vouch for Giroud's importance in a team just goes to show how influential he can be over the final result - even if it's not him banging in the winning goal.

Simply put, letting Giroud walk away from Stamford Bridge would be a huge mistake. There's no denying that the France star will struggle to remain a first-team regular next season, when Lampard has all of his options to hand, but he can certainly help Abraham to improve his game, passing on his endless wisdom and tricks of the trade.

And before all Blues fans start dreaming of the arrival of a Moussa Dembele or a Timo Werner this summer, they should probably accept that their hopes of a busy window may have been scuppered by the coronavirus outbreak.

Teams are so concerned over the financial implications of the currently suspended season, that ​Liverpool's ​Adam Lallana has become 'the most wanted man in football'. That tells you all you need to know about the state of the sport heading into the summer window. 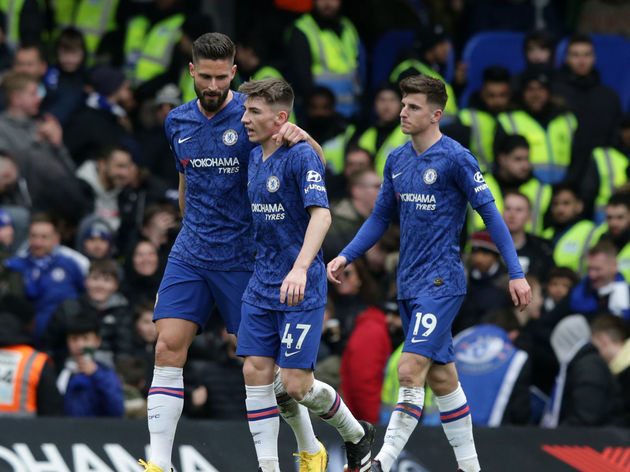 So there is little sense in scouting Europe for a consistent, reliable, determined centre-forward, when you could just have a gander much closer to home. The answer has been on the Stamford Bridge doorstep all season, only Lampard opened the door far too late. But it was better late than never.

Giroud still has plenty to offer to a team in need of guidance and role models, and who better to learn from than the go-kart who fought off a Ferrari to lift a World Cup?