After relatively successful loan spells at Newport County and Peterborough, parent club Brighton decided it was time the youngster was given a stiffer test, shipping him off to the hotbed that is Elland Road. After just 15 appearances for League One side Peterborough last season, the wiry youngster could have crumbled at what is, let’s be honest, a ​Championship club with the weight of expectation of a ​Premier League club on its shoulders.

Having spent 16 years outside of England’s top tier and having come desperately close last year, this season was a big one for ​Leeds United. There was an air of anxiety around Elland Road. They knew one more season outside the top tier could mean curtains for their great leader, Marcelo Bielsa.

Any mistake would be scrutinised, a single boot out of place would cause uproar. Not the environment to blood a youngster who hasn’t played at a level higher than League One.

​White has laughed in the face of that theory.

37 Championship appearances out of a possible 37 games will tell you the young loanee has the full and unequivocal faith of stringent taskmaster Bielsa. A boast which is worthy of the top line of most footballer’s CVs. 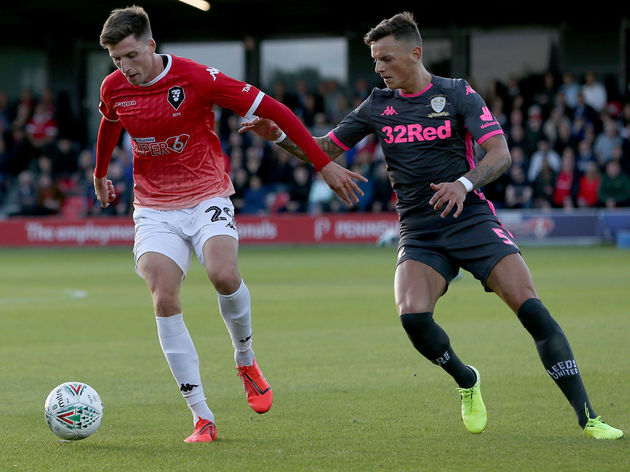 Despite their years floundering outside the top tier of English football, one thing Leeds have rarely struggled for is goals. Jermaine Beckford, Ross McCormack, Luciano Becchio, Chris Wood; all accomplished goalscorers outside of the Premier League.

Leeds can score, they just can’t keep them out.

This season, they haven’t been quite as prolific. Record signing Patrick Bamford has found himself on the receiving end of a torrent of abuse most weekends as chance after chance goes begging.

The £10m man has bagged 13 goals in 36 Championship games. Hardly a sparse return, but with Premier League-quality players Hélder Costa and Abel Hernández either side of him, his numbers are weak.

To put this into perspective, 13th placed QPR have scored more than Leeds this season. So how are they top of the league? Just 30 goals conceded in 37 games is how - the fewest in the league - and defensive stalwart White is a huge reason for that figure.

Having been top in December, in typical Leeds fashion, the Whites hit the buffers and the wheels fell off. Ten points from 11 games saw them slip out of the automatic promotion places.

Five wins from five since then (three of those games won by one goal to nil) and no goals conceded have propelled the Yorkshiremen back into the top spot. In seasons gone by, Leeds didn’t have the option of grinding out results, they didn’t have the defensive solidarity to depend on their back four. This season they do, and Brighton loanee White is the difference.

In a footballing era where the defensive ‘stopper’ appears archaic, White is exactly what you would expect of a centre-back in 2020. A cool and collective customer, he shows no sign of panic when on the ball and offers a sense of assuredness to those around him. Something which is much appreciated with erratic teammates such as Kiko Casilla behind him.

Far from just a pretty footballer, White has all the physical arsenal required to make it at a top Premier League club. Quick, strong and not afraid to put his foot in where it hurts. The ​Brighton loanee is very much in the mould of a Rio Ferdinand, possessing the ability to carry the ball into midfield when the opportunity presents itself. A lot of Premier League centre-backs are transfixed on pretending they can play football and often come a cropper when dealing with situations under pressure. White has a natural talent; his calm demeanour isn’t something that can be taught.

The youngster has filled in at right-back for Leeds and can also play as a deep-lying midfielder when necessary. Perhaps the replacement for Vincent Kompany that Pep Guardiola is no doubt in the market for?

Regardless, there isn’t a Premier League side that White wouldn’t fit into and it’s of no surprise that ​White is one of the most sought-after players this summer.