West Ham have had some memorable games in the 21st century. From top-flight thrillers to derby day victories, playoff triumphs to emotional farewells, the Hammers have endured them all.

It’s been a rollercoaster of emotions for the east Londoners, one which has thrown up some iconic matches. That journey would be continuing were football not brought to a halt by the coronavirus pandemic, though that gives the chance to relive some past games. 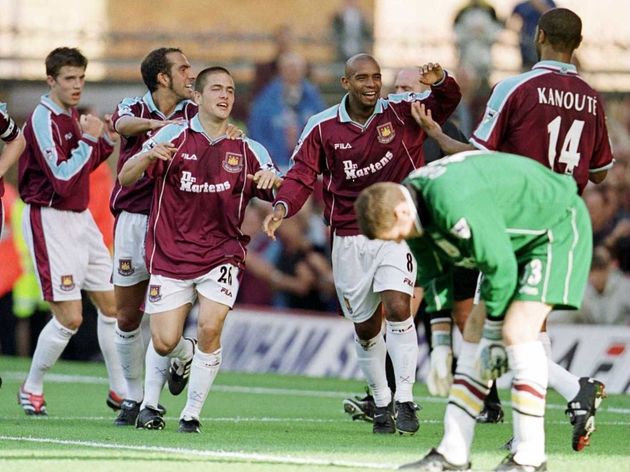 To kick off the selection, we go back to the start of the millennium and a remarkable nine-goal thriller at Upton Park. West Ham welcomed Yorkshire opposition in Bradford City, and delivered an exhilarating 90 minutes of Premier League football.

Trevor Sinclair and John Moncur both netted in the first half, going into the break level at 2-2. After going behind to Jamie Lawrence’s brace, Paolo Di Canio’s penalty kickstarted the comeback and set up Joe Cole for the equaliser, before Frank Lampard won it seven minutes from time.

Three goals in the final half hour secured an outstanding comeback for West Ham, as they saw out a 5-4 win. The action is one reason to rewatch this one, not to mention the players on display including the young English duo of Lampard and Cole. Five years later and West Ham were in the Championship, looking to return to the top flight after a two-year absence. They secured a spot in the playoffs by three points, and made it to the final at the Millennium Stadium where they met Preston North End.

The Lilywhites hadn’t conceded over the two semi-final legs, while a Bobby Zamora double in the second leg helped the Hammers see off Ipswich. The final followed suit for the English striker, scoring the only goal of the game and securing promotion to the Premier League.

Despite Preston winning both league meetings between the two sides and finishing above West Ham, it was the Hammers who came out on top in Cardiff. 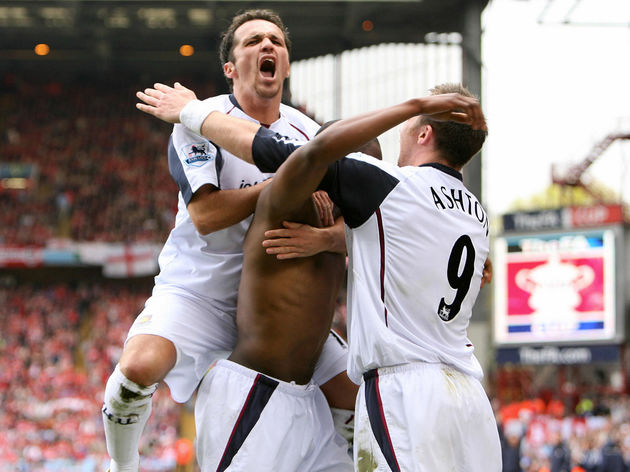 Just 12 months later, West Ham were looking to return to the Welsh capital for a shot at silverware. This time it was in the FA Cup, as Alan Pardew’s side made it to the semi-finals at Villa Park, where they faced Middlesbrough.

In a tense affair in Birmingham, the semi-final was another game settled by one sole goal. Marlon Harewood collected the ball with 77 minutes on the clock, turned towards goal and powered his shot into the back of the net to send the Irons back to Cardiff. 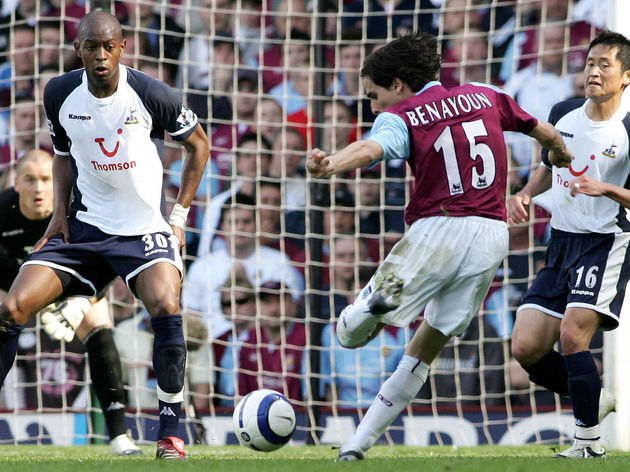 West Ham played another classic clash two weeks after their semi-final heroics, in a London derby against Tottenham. Meeting on the final day of the Premier League season, the Hammers were sitting comfortably in ninth, whereas Spurs needed to win to qualify for the Champions League for the first time ever.

The fixture was overshadowed by a bizarre bout of food poisoning among the Tottenham squad, which saw 10 players miss the game due to illness. West Ham took the lead that afternoon through Carl Fletcher, but Jermain Defoe drew the visitors level.

With the clock ticking down to 90 minutes, Yossi Benayoun scored the winner with 10 minutes to go. West Ham’s 2-1 victory denied Tottenham in the cruelest fashion, gifting the final European spot to their bitter north London rivals Arsenal. Back in the Championship and aiming for another playoff final, West Ham hosted Welsh opposition in Cardiff City in the semi-final second leg. The Hammers had a vital 2-0 advantage upon returning to the Boleyn Ground, looking to finish what they had started.

Kevin Nolan all but secured their place at Wembley when he scored after 15 minutes, before Ricardo Vaz Tê doubled the Hammers’ lead. They had a healthy 4-0 lead on aggregate before Nicky Maynard wrapped it up late on, sealing an emphatic overall lead.

Sam Allardyce’s side had already finished half the job at the Cardiff City Stadium, yet they showcased their quality in style by earning a 5-0 scoreline over the two legs. They marched on to Wembley for the final, 90 minutes away from the Premier League again. Blackpool were the opponents for the Hammers’ second playoff final in seven years, handed another shot at returning to the top flight. Just a season after their relegation from the Premier League, Allardyce had the chance to bounce straight back up.

Carlton Cole put West Ham in front, but Tom Ince’s strike early into the second half levelled it up at Wembley. The final 45 minutes were tense, before Vaz Tê fired home from close range in the 87th minute to send the claret and blue half of Wembley into delirium.

West Ham had earned promotion to the Premier League once again, through the exact same route of the playoffs. The Hammers have been there ever since their 2012 success, all thanks to a Portuguese striker who had only joined four months before. If West Ham fans could relive one game and one game only in this time, it would undoubtedly be the final ever game at Upton Park. The Hammers’ final match at the Boleyn Ground was a rearranged league game, which saw them host Manchester United.

Diafra Sakho gave the hosts an early lead, but a second half brace from Anthony Martial put the Red Devils ahead. Michail Antonio equalised four minutes later to set up a grandstand finish, letting Winston Reid win it at the death with a bullet header.

West Ham had triumphed in their final Boleyn Ground battle, and in some style against one of the biggest teams in the country. That farewell is an emotional yet reminiscent game to relive, arguably one of the club’s most important ever wins.