Xherdan Shaqiri: Liverpool's Forgotten Man Who Must Leave Anfield for the Sake of His Career

Shaqiri won the Champions League, Super Cup and Club World Cup in 2019, a remarkably trophy haul in less than two years. But look beyond the silverware and his Reds career reads out very differently.

40 appearances out of 101 Liverpool games since arriving, a tally lower than the ones he managed at three of his four former clubs. The only side he has played less games for was Inter - a club he spent just seven months at before departing for England. This season has summed up Shaqiri’s woes at Liverpool, mustering 10 appearances in all competitions. Only three of those have been starts, with his solitary goal coming in December’s Merseyside derby win over Everton.

While injuries have reduced his time on the pitch, it’s also been a case of sitting on the bench or worse, not even being in the squad. No league start since December, and a total of one minute of Premier League football in 2020.

It’s not been easy for Shaqiri.

To see a player of his quality spending what should be his prime days sitting on the bench is painful. He has fallen into the often-inescapable trap of being a rotation player at a top club - a risk that was clear from the start. When Shaqiri arrived on Merseyside, he was joining one of the finest attacks in Europe. Former FC Basel teammate Mohamed Salah had just won the golden boot in his debut season, Roberto Firmino averaged a goal every two games and Sadio Mané had 10 Champions League goals en route to the final.

He had one of two options: either prove himself and perform so well that he replaced one of the trio in the starting XI, or accept his fate as backup and spend his time on the sidelines.

Unfortunately for Shaqiri, the latter has proved to be the case.

Part of that was due to the explosive form of all three forwards.

A year and-a-half and 30 league appearances later, the time has come for the Swiss to move on. There’s no doubt that it would be a hard decision for him to make- after all, it’s difficult to believe him leaving the champions of Europe and Premier League leaders in the blink of an eye. But if Shaqiri wants to enjoy the rest of his footballing career and be able to truly live up to his full potential, an Anfield departure is the only feasible option.

Liverpool fans laud at the fact of having Shaqiri as backup, citing the superb price they purchased him for plus his quality and experience. Yet he is far too good to be a backup player for the rest of his career - even at Liverpool.

Shaqiri’s talents have never been in doubt. Ever since he burst onto the Swiss footballing scene as an exciting youngster at boyhood club Basel, he has been Switzerland’s poster boy. His debut at 17 was followed by three consecutive Super League titles for the RotBlau, and the start of their undisputed domestic dominance.

He remains an icon in his native country thanks to his performances for Switzerland. Since his senior debut in 2010, Shaqiri has been the Schweizer Nati’s key man on the big stage, with a wealth of big moments for the national team. 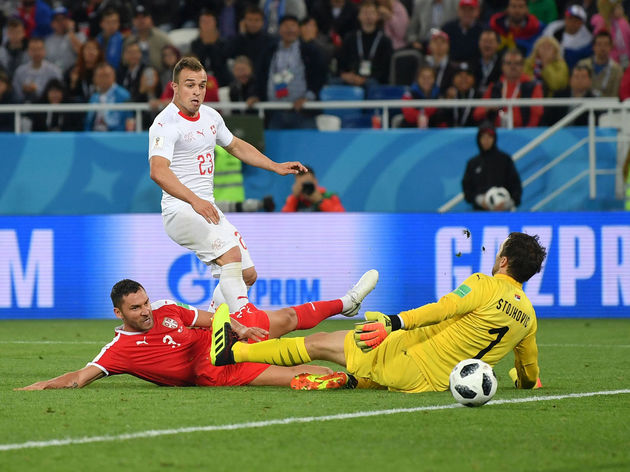 While he remains Switzerland’s best player, he hasn’t pulled on the red Swiss shirt for a while. Injury problems and controversial abstentions meant he didn’t play a single one of the Nati’s Euro 2020 qualifiers, with his only international appearances of 2019 coming in the Nations League.

Switzerland manager Vladimir Petković still considers Shaqiri an important part of his squad, and whenever he is available, he is the first name on the squad list.

But how long will that be the case for?

Shaqiri will always be one of Switzerland’s greatest players of the modern era, but if this lack of regular game time continues, he will certainly find his call-ups reduced. 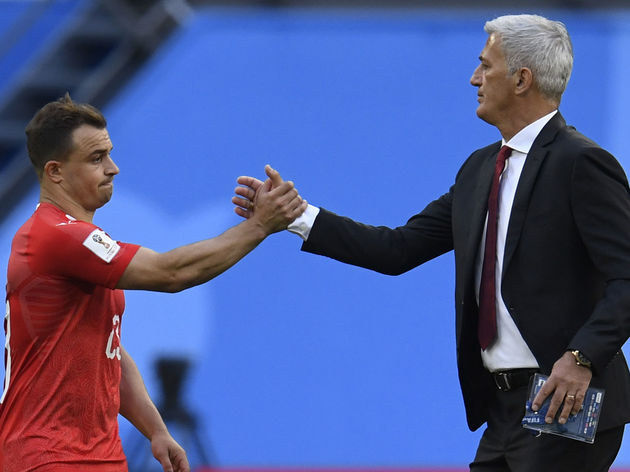 Petković is yet to willingly drop the 28-year-old from his squad, proving what a valuable asset he is to the Nati. But that won’t stop him from doing it sooner or later, especially with the notable absence of first-team football being played by Shaqiri.

Anyone who argues that Petković would never drop Shaqiri from the national team setup clearly doesn’t know Petković.

Former captain Gökhan Inler wasn’t playing regularly at Leicester and was dropped from the Swiss setup in 2015, never to be seen again. His successor Stephan Lichtsteiner suffered the same fate in 2018 when he wasn’t playing at Arsenal, and although he has since regained his place in the squad, it shows that no one is safe.

Both Swiss captains in the Petković era have been dropped due to a lack of game time, and Shaqiri is in danger of suffering the same fate. He has the potential to be a true Swiss legend, but to do that he must keep his place in the national team.