Neville had also been due to take charge of Great Britain’s team at the 2020 Olympics, which will now begin in late July 2021 instead. Regarding that, the FA will discuss the next steps with the British Olympic Association in due course. 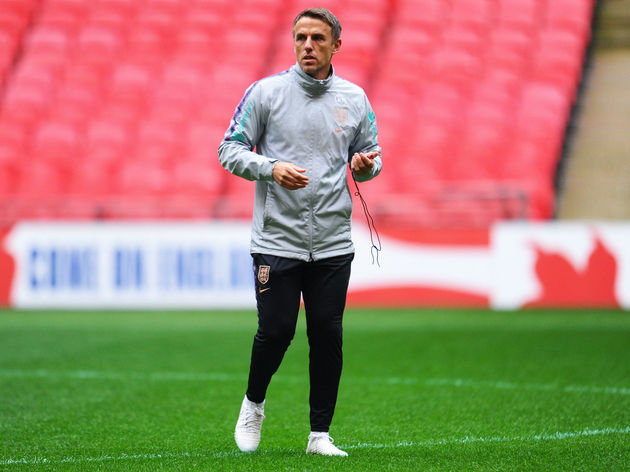 “In light of the impact of current global events on the sporting calendar and in the best interests of the England Women’s team, both parties were in agreement that our shared priority was to ensure the Lionesses have continuity of coaching going into the home EURO and looking towards the 2023 FIFA World Cup,

“Once football returns after this difficult period, Phil will continue his work with the Lionesses on the further development of his squad. I will support him fully with that important task while moving forward with the crucial succession planning process.

“We’ll now discuss next steps with the British Olympic Association and the home nations with regard to Team GB Football and we’re not in a position to make any further comment at this time.”

We shot this with Phil Neville at the end of SheBelieves, which results wise wasn’t good.

However it’s undeniable that he has fostered an atmosphere & environment players love, where he consistently reinforces what a privilege it is to represent England.pic.twitter.com/aDfWR6S7Yz

Neville himself added: “As a result of the changes to the proposed tournament scheduling, we’ll now be working to plan for a revised match calendar once it’s safe and appropriate to do so.

“I’m looking forward to getting back to work with the team as soon as possible. We have a fantastic squad of players and there is plenty to work on as we look to progress as a team going into 2021.”

During his time in charge, Neville guided England to victory at the 2019 SheBelieves Cup and fourth place at the 2019 Women’s World Cup.

The World Cup represented a third successive major semi-final for the Lionesses, but Neville came under increasing pressure after the tournament as performances declined and results suffered. Including a third-place playoff against Sweden, England have lost six of the ten games they have played since defeat in the World Cup semi-finals against eventual champions United States.

At the end of 2019, the Lionesses fell out of the top five of the FIFA World Rankings for the first time since before the 2015 World Cup.