Willian Is Not the Answer to Liverpool’s Forward Reinforcement Dilemma

However, if there’s one criticism that can be levelled at the German tactician, it’s that their squad needs bolstering. With a number of squad players set for the Anfield exit door this summer, that need is growing. Dejan Lovren, ​Adam Lallana and Xherdan Shaqiri; all regulars on the Anfield bench who will be departing this summer.

Despite the footballing world being at a temporary standstill, reports suggest the latter of those three departures is already looking to be addressed.

Klopp is rumoured to be interested in ​Chelsea forward Willian, with the 31-year-old due to leave Stamford Bridge having been unable to agree terms on a new deal.

So, Willian gets to move to the Premier League champions (probably) and ​Liverpool get a Brazilian international for free, what could possibly go wrong? Oh yeah, everything. At 31, the Chelsea winger won’t be looking to see out his final days on the bench at Anfield, he’ll be looking to play regular football. The chances of that happening with Mohamed Salah and Sadio Mane ahead of him? Exactly.

There’s no doubting the quality that ​Willian possesses. Since arriving at Chelsea in 2013 the 31-year-old has racked up two Premier League titles, an FA Cup, a League Cup and a Europa League, not to mention his 70 caps for Brazil.

However, talks between himself and Chelsea are said to have broken down due to his insistence on a three-year deal. The Stamford Bridge club were reticent to offer such terms, understandable given he would be nearly 35 once the deal expires.

Of the regulars in Klopp’s squad, only four players are over the age of 30 – two of those (Lovren and Lallana) are due to leave this summer and one is third-choice goalkeeper Andy Lonergan. Klopp’s side is built around players in their mid to late 20s, not 35 year olds. For all the Brazilian’s quality, one criticism that the Chelsea faithful have regularly voiced is their frustration at his lack of work ethic. Very much a flare player who gets by on silky skills and the occasional dead ball threat, Willian’s reluctance to track players back into his own half and squeeze opposition defences is not something Klopp looks for in a forward.

Arguably the most important player in Klopp’s system is Roberto Firmino. The most forward player on the pitch when Liverpool don’t have possession, however, when they are in possession he will often drop into a number ten position to pick the ball up and feed Salah and Mane.

Despite playing in arguably the most fluid, attacking team in Europe, Firmino has just a one in three strike rate at the club, but that’s because he doesn’t need to score goals. In the past three seasons, Mane and Salah have scored 46 and 70 Premier League goals, respectively.

Liverpool have struggled for a while now with squad reinforcements. Let’s face it, they’ve had the same starting XI for the past two seasons. Since the summer transfer window of 2018 which saw the arrival of Alisson and Fabinho, three transfer windows have passed and their starting XI is no stronger than it was in 2018. 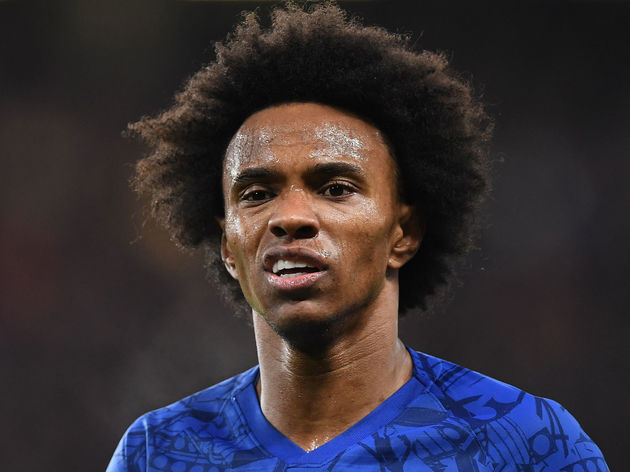 And that’s not a bad thing. Klopp has a tried and tested formula, why would he risk mending something which isn’t broken? However, the downside of that is that you have a whole squad of players (minus the starting XI) who aren’t playing regular football.

Should Liverpool take the easy option and sign Willian on a free transfer, the matchup won’t have a happy ending. They’ll end up with exactly the same ilk of player they are looking to replace in Shairi, just older and with less goals.