​For most, having a cabbage thrown at you in front of thousands of angry people while TV cameras document the whole thing would probably be enough to bring you to your knees (if not foetal position), before seriously considering a career change.

However, Steve Bruce has shown that it is possible to bounce back from such adversity, with the 59-year-old moving on from humiliation at Aston Villa to secure his dream job at boyhood club Newcastle United.

Since becoming Magpies boss, Bruce has done a relatively unspectacular job, neither fighting a nail-biting relegation battle, nor getting Newcastle supporters dreaming of European football.

Malfunctioning strikers aside, he's more or less done what was expected of him, without great fuss.

Amid the Newcastle United takeover controversy, I took a look at the Premier League's prospective Owners' & Directors' Test and what it 푎푐푡푢푎푙푙푦 covers.

It's been well documented that Mike Ashley's reign of terror as ​Newcastle owner could be coming to an end, with a potential £300m Saudi-funded takeover edging closer to becoming a reality.

While the Saudi money-machine will likely want to come in, rip up the play book and start again - probably leading to Bruce's dismissal - the Premier League's nicest manager deserves another shot at his dream job. 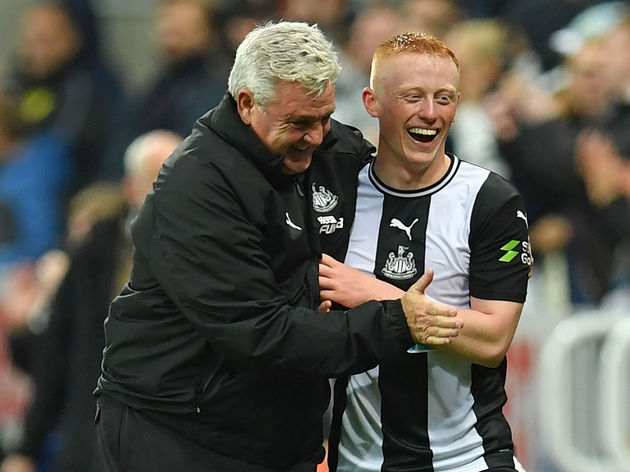 While Bruce is a largely unpopular figure among Newcastle supporters, the former Manchester United player has had the impossible tightrope to walk of pleasing the Toon Army and keeping Mike Ashley happy. That's naturally going to lead to an almighty backlash.

However, with the Sports Direct dictatorship coming to a long-awaited end, Bruce has a chance to make amends with fans. Instead of being Ashley's puppet on a tightly-wound string, he can be the boyhood Newcastle fan who will give his blood, sweat and tears for the club he loves.

Admittedly, Newcastle have been pretty terrible to watch this campaign. In fact, no team has scored fewer goals (25), while they are 17th out of 20 for total shots in the ​Premier League this season.

Bruce has been incredibly unlucky with injuries this season, often having a horde of his best and brightest in the treatment room at any given time. Allan Saint-Maximin - who has proven to be one of the most chaotic and exciting players in the Premier League this term - has suffered persistent setbacks just as he starts to get up to speed, while almost every single member of Bruce's defence has been missing for significant periods, including another astute Bruce summer loan signing Jetro Willems who suffered a season-ending injury in late January.

Meanwhile, Bruce has also had to put up with four strikers who have been utterly woeful at finishing their chances this season - most notably Joelinton, who seems to be genuinely just awful at football.

Yet, Newcastle sit 13th in the Premier League table, eight points off the relegation zone, and have taken points off Manchester City, Chelsea, Tottenham and Manchester United this season.

It could be a whole lot worse, eh?

Now, don't get us wrong, it's still unlikely that Bruce will be the Newcastle manager for the next ten years or so, especially considering the likes of Max Allegri, Mauricio Pochettino and Lucien Favre have already been linked with his job.

Maybe with some serious investment in some top-quality players Bruce can ditch his negative tactics and regressive philosophy, instead forging a new path for Newcastle with improved resources.

Give the former Hull manager some money to spend, as well as a free pick of some world-class players, and there's little doubt that results - and performances - will improve significantly.

While casting poor Bruce aside may be the easy and convenient option, it certainly doesn't guarantee success.