​Awarded just before the end of the Premier League season (and not the actual end, for some reason), the PFA Players' Player of the Year award usually crowns the league's best footballer that year and rewards them for their exceptional form.

However, there's been more than a few occasions when the award is given to someone who doesn't quite deserve it, while someone else's fantastic form goes unnoticed.

Here are five times the PFA Players' Player of the Year award was awarded to the wrong person. 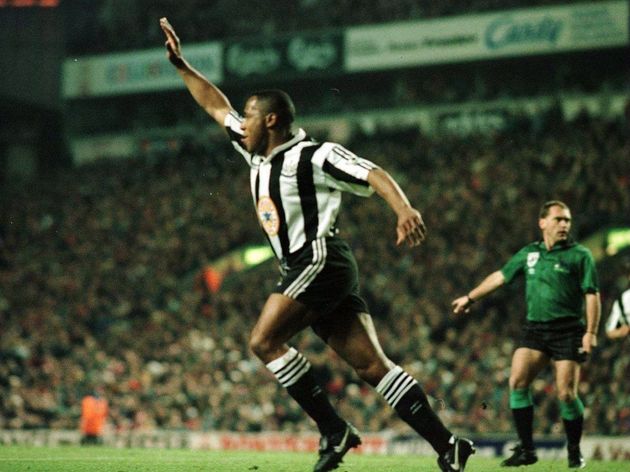 Probably the most famous season in ​Newcastle United's Premier League history, the Magpies had a real chance at winning the league, and Ferdinand deserves a lot of credit for that.

The striker was in great goal scoring form and would have deserved to win the award most years, but you could argue that Alan Shearer deserved the award that season.

Despite ​Blackburn Rovers following up their ​Premier League winning campaign with a disappointing seventh-place finish, Shearer was in blistering form during the 1995/96 season, leading the goalscoring charts, bagging over half of Blackburn's goals and scoring an incredible five hat-tricks in the league. Hard to argue against that. 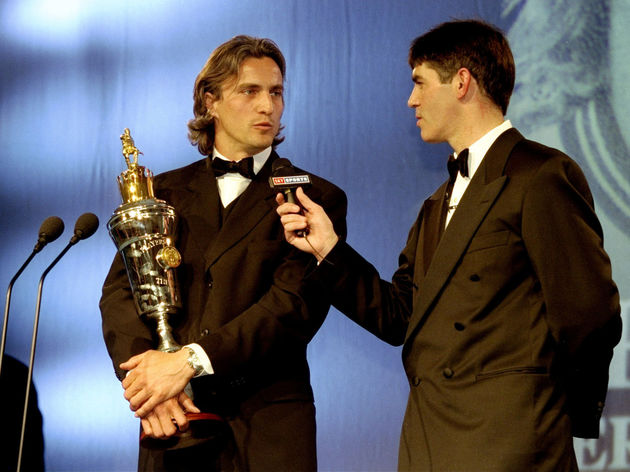 Despite only having three goals and three assists in the 1998/99 season for a ​Tottenham side who finished 11th in the league, David Ginola won the award.

After helping Manchester United to a historic treble that year, Dwight Yorke finished the season leading the Red Devils in goals and second in assists, and the Trinidadian striker should have been rewarded with his fine form with the award. After winning their third straight Premier League title, ​Manchester United's Ryan Giggs won the award. Although a fantastic servant at Old Trafford, the decision to gives Giggs the award is extremely questionable.

The Welshman only completed a full 90-minute match 12 times this season and wasn't even the most deserving player at the club for the award.

Only missing four league games all year, Nemanja Vidic was stellar at the back for United and was instrumental in the side finishing with the joint best defence in the league that season. 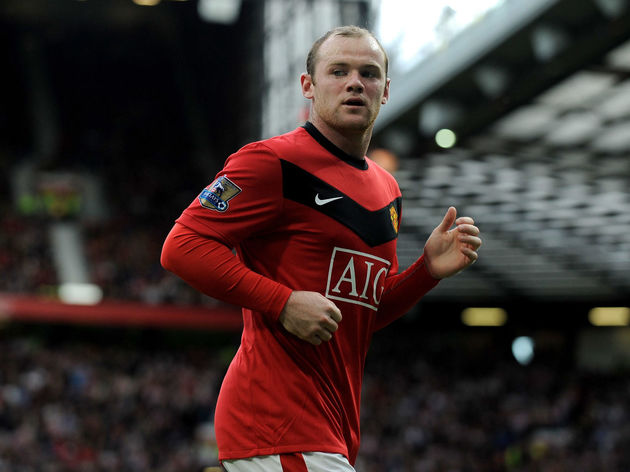 While there's no denying that ​Wayne Rooney enjoyed one of his finest ever seasons in 2009/10, the decision to crown him PFA Players' Player of the Year over Didier Drogba seems rather questionable.

The ​Chelsea forward lead the league with 29 league goals that year and was instrumental in helping the Blues win their first league title in four years, becoming the first side to ever score more than 100 goals in ​Premier League history. While ​Gareth Bale would go on to become one of the best players in the Premier League, the 2010/11 season was a couple of years before the Welsh winger hit his peak at Spurs.

That season Bale announced himself to the world with two top performances against European champions Inter, but in the league, the Tottenham star only managed to hit the back of the net seven times and had a measly two assists from the wing.

After helping Manchester United regain their place at the top of the Premier League season, Dimitar Berbatov was in exceptional form for the Red Devils during the 2010/11 season and was definitely deserving of the PFA Players' Player of the Year award.

The Bulgarian even managed to score an incredible five goals during a 7-1 thrashing against Blackburn Rovers during the season and ended up finishing as the league's top scorer (alongside Manchester City's Carlos Tevez).