What Is the Premier League's Owners' & Directors' Test & What Would it Take to Fail it?

The departure of the power-drinking Sports Direct magnate is far from the end of controversy however, with the Saudi Public Investment Fund (PIF) making up an 80% controlling stake of the prospective ownership group.

Sitting at the head of the PIF, which is worth a reported £250bn, is 34-year-old Crown Prince Mohammed bin Salman.

Though a staunch ally of Britain and America internationally, the dictator has faced widespread criticism for alleged human rights abuses, as well as his role in the murder of journalist Jamal Khashoggi in 2018, with the purchasing of Newcastle raising

With the takeover seemingly in the eleventh hour, ​Amnesty International has written a letter

Before that can happen though, a​The Guardian

But what does the famous Owners' and Directors' Test actually involve? Here's everything you ever wanted to know...

What is the Fit & Proper Person's Test?

What used to be called (and is still popularly known as) the Fit and Proper Person's Test is now the Owners' and Directors' Test, covered in Section F of the Premier League Handbook, publicly available here.

It is not an entrance test or exam as such, but a set of rules to which owners/directors must adhere.

In six pages, it outlines the disqualifying factors in running a Premier League club, the overwhelming majority of which relate to finances (like not being the subject of a bankruptcy order, for example) and pre-existing interests in other clubs (you can't be a director of two clubs).

While all directors and owners must be declared, there is still the issue of how deep the Premier League digs.

AP Global Sports correspondent ​Rob Harris tells 90min: "The league does conduct due diligence and they have investigatory parties looking into the backgrounds of those involved. T

Does the Premier League take an ethical or moral standpoint on prospective owners? 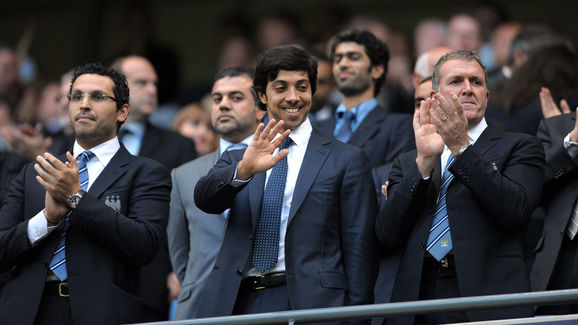 ​While Amnesty International may say that the morals and actions of those involved with the Newcastle takeover are 'at odds with the values of the Premier League', there is little in Section F that scrutinises directors and owners on the basis of ethics - though this is perhaps deliberately muddy.

F.1.5 states that having a criminal c "Sports media was less in tune with human rights issues back then [in Shiniwatra's day]," as Harris says. " In the bidding to host the 2026 World Cup (won by Canada, Mexico and USA), FIFA built humans rights into the selection process.

So, if Mohammed Bin Salman can buy a Premier League club, what about other dictators? Vladimir Putin? Kim Jong Un? If the Premier League sidesteps moral decision making on prospective owners and directors, what is to stop even more unpalatable (to British fans) men and women from getting involved in their own 'sportswashing'?

There are restrictions in the handbook stopping those who aren't allowed into the country from participating in club ownership, while the UK Government's sanctions on someone like North Korean leader Kim Jong-un or Syria's Bashar al-Assad would stop Premier League having to take a moral position - however, hypothetical those situations might be.

However, in the case of other leaders and autocrats widely reviled in the West, the situation is less clear without explicit Government of FIFA guidance.

Saudi Arabia may be an ally and business partner of the UK, but the court of appeal still ruled British arms sales to the country unlawful

​invited then-Sudan president Omar al-Bashir to the World Cup final in Moscow in 2018, despite charges of genocide against him from the International Criminal Court.

From where the Premier League is supposed to take a lead on moral judgements is not always clear.