Jorginho was signed by Chelsea in the summer of 2018 when Sarri was appointed by the club, with both officially making the move from Napoli on the very same day.

Their past relationship has led to rumours that Juventus could approach the 28-year-old. Yet Santos has stated that Chelsea remain his client’s ‘priority’ and that there has been no contact from Turin.

“The boy is doing very well at Chelsea,” Santos tells 90min. “He still has three years on his contract and his top priority remains Chelsea, with whom we are talking about a possible renewal.”

Santos has similarly told CalcioMercato this week, “There is the possibility of adding a fourth [year] and opening negotiations to renew the contract with Chelsea.”

Speaking about Jorginho’s future to TuttoMercatoWeb in February, Santos admitted that he expected to receive several offers for Jorginho ahead of next season. He now reveals there have indeed been offers put forward, but not from Juventus. “At the moment I haven't talked to anyone at Juventus,” Santos explains.

“I know both Fabio Paratici and [Federico] Cherubini very well and have an excellent relationship with them. But, as of today, they haven't asked me for [Jorginho].

“We all know how highly Sarri thinks of him, but I can't say if it is part of the Juventus technical project because, I don't know what their plans are for next season.”

Asked by 90min about possible offers from other teams, Santos reveals there have been. But he also says it does not change Jorginho’s desire to carry on playing for Chelsea. 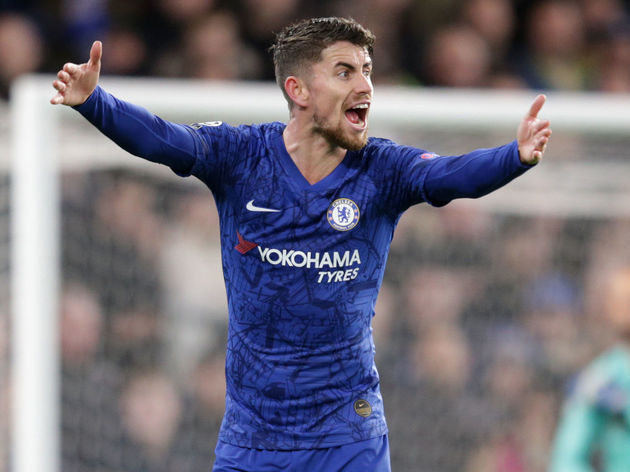 “I cannot say who, out of respect for Chelsea, because we are not allowed to negotiate at the moment. And, as I said before, there is a will to stay [at Chelsea]. But it is normal for a player of his calibre to be of interest to other clubs.

“The only thing I can say is that they are two of the top eight clubs in Europe. Because we are not talking about just any player, only the most important clubs in Europe can afford [Jorginho].”