Close your eyes and think of all the top players in world football. Now add 'Newcastle United player'​ to the end of said list and, amazingly, you're in reality.

If all the transfer rumours that have cropped up in recent weeks are to be believed, then the list you conjured up in your head is not as farfetched as you'd have originally thought. But, it's a rather large if.

Newcastle's front-line is going to be a force next season!  pic.twitter.com/4W5gNAesqL

However, the likelihood that the Magpies are suddenly going to become the holy grail of footballing excellence and the golden chalice that all major stars aim to share a sip of is an outlandish claim.

So to summarise the madness into one, swift and concise list - and apply a small dose of reality, along with optimism - here are all the players who've been linked to St James' Park in the last 20 or so minutes. 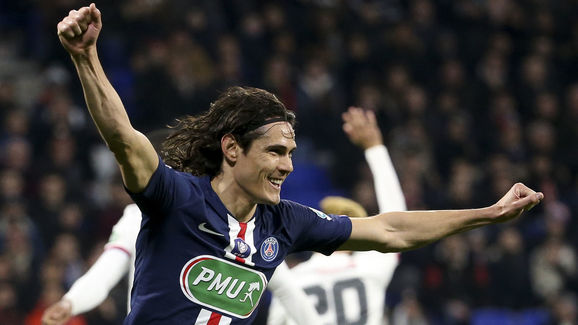 First up we've got a delicious triple-header courtesy of ​ESPN, who confirm that the agents of the following three players have all been contacted over the availability of their clients.

What's painfully clear at Newcastle is a need to strengthen in attack. More specifically, a striker. More precisely, not Joelinton.

The lack of goals in Steve Bruce's side makes for painful viewing - no side has scored fewer than their 25 in 29 matches - with the vast majority of the blame placed on Joelinton's shoulder. Of course, it's not entirely his fault given he plays in an extremely defensive side, but a new striker is definitely on the wishlist this summer.

Soon-to-be free agent ​Edinson Cavani certainly boasts goalscoring pedigree, whose 304 goals across the last ten seasons make for excellent reading, but strong links to Atletico Madrid persist after he came within a whisker of joining them in January.

​​Champions League football would be on the cards in Spain, it wouldn't in the north east. It's a hopeful move, but one that demonstrates ambition, at least. Second on the list is ​Napoli's Dries Mertens, another player whose deal is due to expire in the summer. While you absolutely cannot question the Belgian's talent, there appears to be a certain trend afoot here.

Out of contract, either on the verge of turning 33 or already that age, but proven goalscorers.

As is the case with multi-million-pound takeovers by exceedingly wealthy people, success is demanded immediately.

While investment for the future (as well as an onus on the club's academy) requires attention, there appears to be a stipulation for established, well-known players that will hit the ground running by contributing immediate success.

As with Cavani, however; other clubs are circling ​Mertens' signature, plenty of whom can offer European football in some capacity and not regular FA Cup third round exits. Ambitious. Clearly, the POA is to lure free agents to the club by offering them vastly superior wages than fellow interested parties in the hope that those entering the latter stages of their careers would favour a healthy pay packet over one last pop at winning silverware.

While we've seen a whole host of European-based players take the plunge and move to China for similar reasons, even in those cases, the chance of lifting a trophy is still a more distinct possibility. T

​Willan is being linked with Tottenham, Arsenal, Paris Saint-Germain, Barcelona, Inter and, at a push, a Chelsea stay, all of whom boast European football in some capacity (well, perhaps not Arsenal). He'd be a fine addition, but it seems unlikely.

Oh, and I forgot to mention, ESPN add that Newcastle ' When I asked you earlier to close your eyes, did Griezmann's name crop up? It did? Good, then keep them shut because that's about as close as you are to seeing the Frenchman play for Newcastle.

We'll leave it there. It would seem as if Newcastle have begun casting their lines all across the continent, in the hopes of someone, anyone, taking a bite.

One such rod was directed towards Catalonia, and ​in the particular direction of Arturo Vidal. ​Manchester United and Inter are just a few of the names linked with bringing the Chilean's almost two-year stay in La Liga to an end, but once more, from Newcastle's point of view, we're looking at a similar situation to the others.

While the prospect of Vidal lining up alongside Matty Longstaff would be a sight to behold, it appears to be another case of Newcastle making their presence known in the market as opposed to genuinely believing they can lure this calibre of player to the club. 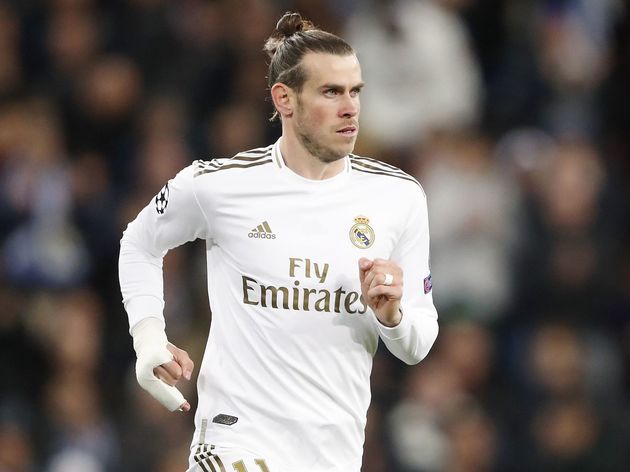 A quick search online reveals that there are nine golf clubs just a short drive away from Newcastle-Upon-Tyne. Given that is the case, of all the above links, ​Gareth Bale signing for Newcastle actually makes the most sense.

Okay, right, jokes over and done with, perhaps we can begin talking like civilised, fully functioning humans, and start to question how much basis there is behind ​Okdiario