Jude Summerfield's Draft XI: A Touch of Headbutt Here, a Lot of Brazilian Flair There

So this entire article is going to stink of bitterness.

That's because, despite picking a team absolutely filled to the brim with World Cup wins, my selections were roundly rejected by the Twittersphere.

Sometimes parents say they're not angry, but disappointed. In reality, it's usually both. Which is exactly how I feel right now, despite the fact that Draft Day was more than three weeks ago.

So yeah. Here's a justification for picking a team that won a combined 11 World Cups - more than any of the other draft teams. 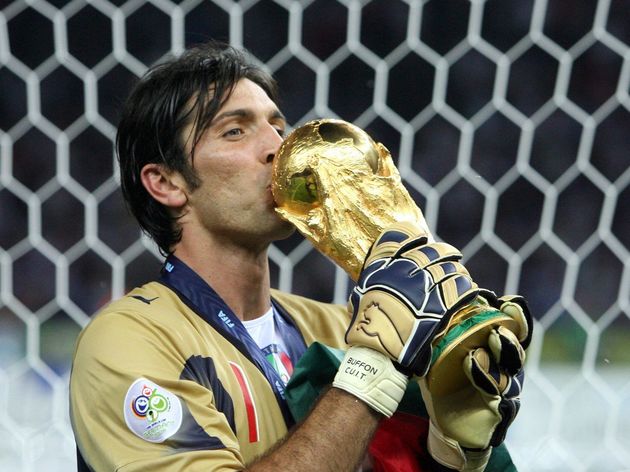 Gianluigi Buffon (GK) - Probably the greatest goalkeeper ever. Winner of plenty of ​Serie A titles and a World Cup, that he was free until the eighth round is somewhat astonishing. As long as Michael Oliver doesn't get involved, we should be fine here.

Djalma Santos (RB) - Maybe you don't know who Djalma Santos is. Maybe I didn't before two o'clock in the afternoon on Draft Day. It doesn't matter. The lad won two World Cups with Brazil, so he's good enough for my team.

Bobby Moore (CB) - England's greatest ever defender, Moore's sole task in this team is to sit back and perform ​that tackle each and every time the side look vulnerable on the counter. He'll be doing more of the defending in this centre back partnership.

Ronald Koeman (CB) - We all love a goalscoring sweeper, right? Koeman also has the distinct skill of committing red card-worthy tackles and somehow managing to avoid serious punishment, which is an obvious plus.

Denis Irwin (LB) - The lad just never had a bad game. Was part of Manchester United's rampant 1990s team. Loved a goal, too. Easy selection at such a late stage in the draft. 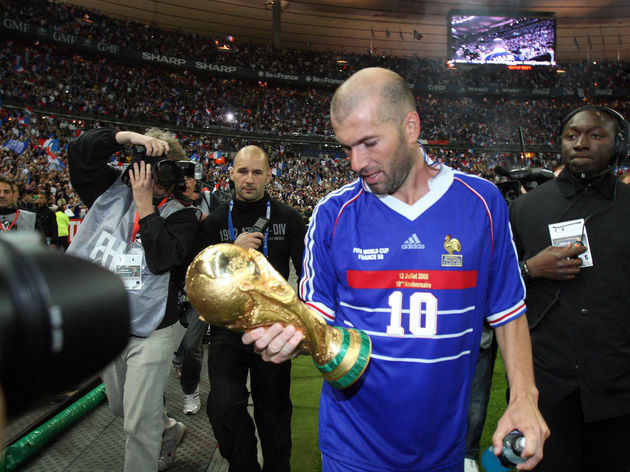 Socrates (CM) - The Doctor will be the eyes at the base of midfield. As long as the to-be-revealed wingers make plenty of runs in behind, Socrates shouldn't have to get through too much work. He can have a drink and a smoke with his manager instead.

Luka Modric (CM) - The player who finally broke ​Lionel Messi and ​Cristiano Ronaldo's stranglehold on the Ballon d'Or in 2018, ​Modric will also provide more of a ratty presence in midfield. We'll still need his mazy dribbling on occasion, mind.

Zinedine Zidane (CM) - My second pick, just after a fella who we'll get to in a sec. Zidane had the world purring over his skill during his playing career, winning the World Cup in 1998 and going close again in 2006. Given this team has its fair share of Brazilians, it'd be interesting to see how they and Zidane co-exist, given the Frenchman mugged off the Seleção pretty royally in the 2006 quarter final. Bon anniversaire.

Garrincha (RW) - The third of five Brazilians in this side, Garrincha won the World Cup twice, claiming the Golden Ball in 1962 as he scored four times in the tournament, finishing joint-top scorer. That's good enough for me.

Rivelino (LW) - Ol' Rivelino may fancy playing behind our striker, but we've already got too many flair players operating in that central position. Nevertheless, the Brazilian could flip-flap for days and was part of iconic Pele (ST) - My colleagues just let Pele float during the first few picks of the draft. The man won three World Cups with Brazil, so if you're turning your nose up at that, shame on you. I don't care about the youth vote. I don't care about any of it. Let anarchy rule. But Pele can start up front and bring his World Cup medals along, too.