W90
WorldNews
Lists
Next Article
Sadio Mane vs Jadon Sancho: Who is better?

​Xherdan Shaqiri's agent has suggested his client could be set to leave Liverpool once the transfer window opens, claiming the Switzerland international "deserves a lot more" given his contribution to the club.

Despite Shaqiri making a lowly six Premier League appearances so far this season, his agent - and brother - has revealed he believes there will be plenty of offers on the table from interested parties despite the consistent fitness issues and lack of game time he has faced recently.

However, even when fit, the former Bayern Munich and Inter winger has struggled to get a game ahead of forward duo ​Mohamed Salah and ​Sadio Mane. Even though he's contracted to the Reds until 2023, speculation regarding his future continues to persist. ​The Mirror, Shaqiri's agent/brother Erdin explained: "I think there will be many offers for Xherdan in the summer.

"Already in January there was concrete interest from two or three clubs. These - their names have already been taken up in various media - will knock again."

It was reported that the likes of Sevilla and Roma were keen to negotiate a loan deal in January, but the Reds were unwilling to let him go mid-season. 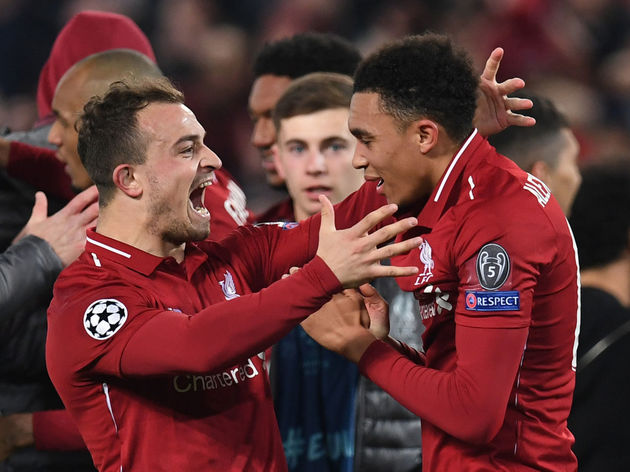 Having made 30 appearances across his debut 2018/19 campaign, Shaqiri has featured in just ten fixtures across all competitions in 2019/20, scoring once.

His agent clarified: "Xherdan's situation in ​Liverpool is not easy because of several minor injuries that lasted longer than we though. Jurgen Klopp is in talks with him about more game practice - we have to wait and see.

"I think Xherdan deserves a lot more. He was unlucky with his injuries, but every time he could play again, he did his job and changed the game." Klopp clearly feels Shaqiri can still play an important role for his squad when fit - as was demonstrated by refusing to let him leave on loan in January. However, it has been claimed the Reds will be open to a ​permanent sale when the transfer window opens.

It remains to be seen whether the likes of ​Sevilla and Roma will follow up their January interest when the next transfer window comes around.