​A classic Premier League comeback from 2012. Chelsea entertained Manchester United at a packed Stamford Bridge on the evening of 5 February.

Manchester United were without a win at Stamford Bridge in almost a decade but were the reigning champions; whereas Chelsea were struggling. Under new coach Chelsea were also without messers Terry, Cole, Lampard and Drogba due to injuries and suspensions, so it was a slight surprise to most when the home side went ahead after Jonny Evans first half own goal.

Things got even worse for United when Juan Mata struck a superb volley 20 seconds after the restart, and more so when David Luiz's deflected header four minutes later put the Blues 3-0 up.

This wasn't a United side who were going to go quietly though, and the momentum began to shift when Daniel Sturridge bundled Patrice Evra over in the box on 58 minutes and the resulting penalty was converted by Wayne Rooney.

Chelsea held on right until the 84th minute, when super sub Javier Would this be the beginning of the end for the man dubbed the 'Mini Jose'? That name may have been a curse – despite hailing from the same country and looking vaguely similar, Villas Boas didn't have the tactical nouse and killer mentality that made Mourinho so successful at Chelsea and beyond.

Despite the arrival of Mata, Villas Boas endured a difficult start to his tenure with five league defeats in their opening three months which – although not terrible – wasn't up to the high standards set by the club's hierarchy.

This period in February was regarded as his last chance to keep hold of his job and this result, having been in such a commanding position after 60 minutes, must have rung alarm bells inside the Stamford Bridge boardroom. 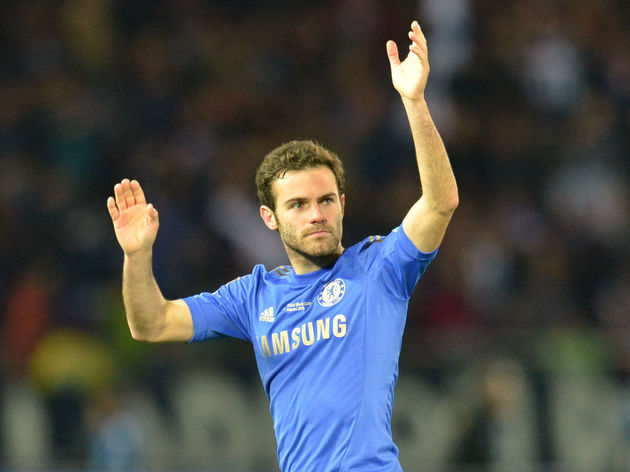 ​Fan favourite Mata was Chelsea's best player for the majority of that season. He took to the Premier League with aplomb and was coming up with classy passes, effective assists and dreamy goals on a regular basis.

His left-footed volley in this match was one of his best in a Chelsea shirt. This was a statement from United to their rivals for the title; neighbours Manchester City. The momentum may have shifted slightly in City's favour with their influx of huge signings, but United showed they still had the strength of character and experience to grind out results when the chips are down.

Another subplot was the removal of John Terry as England captain just days before, which meant Rio Ferdinand impressively endured a night of intense boos from the home crowd, owing to his brother Anton's role in Terry's sacking. Sorry Fernando. Chelsea's striking partnership for this match will go down as one of the least successful in Premier League history.

Daniel Sturridge actually had an acceptable outing in this match and the season, considering the players he was competing with. However after signing for £50m the season before, this was meant to be Torres' time to lead from the front. Despite the odd decent hit, it didn't really happen did it. ​Wayne Rooney had his most prolific season at Man Utd off the back of this match, ending up with 34 goals in 43 appearances across all competitions.

This was Rooney at his very best, winning balls back, dictating attacking moves and being in the right place at the right time more often than not. United had the Da Silva twins, who both had very little impact long-term, and Chelsea also had several youngsters who didn't get much of a look in that year – not least a young Belgian striker called Romelu Lukaku who would spend most of that season in the reserves. Chelsea sacked Villas Boas four weeks after this match and assistant Roberto Di Matteo went on to guide them to a miraculous Champions League title on a historic night in Munich in May.

United chased rivals City right down to the last day of the season, where we witnessed one of the greatest final days in living memory as