But now kit supplier Errea will actually be making the winning design by Luigi D’Agostino for the club to start wearing when 2020/21 gets underway. The shirt will even have ‘by Luigi’ printed on the sleeve as a nod to its designer.

The Pescara dolphin features prominently on the blue shirt, rising from the waves along with a football. There is also a bold and vibrant rainbow, with the colours coming to represent hope and optimism during the global pandemic.

As part of the process, young Luigi will also be invited to Errea’s head office near Parma to see his design come to life.

The city of Pescara is situated on Italy’s Adriatic east coast and the Pescara province as a whole is particularly known for its beaches and seas. Indeed, ‘pesca’ in Italian literally means ‘fishing’.

Pescara have traditionally been a lower league club in Italy for much of their existence, but they have occasionally played in Serie A, most recently in 2012/13 and 2016/17. 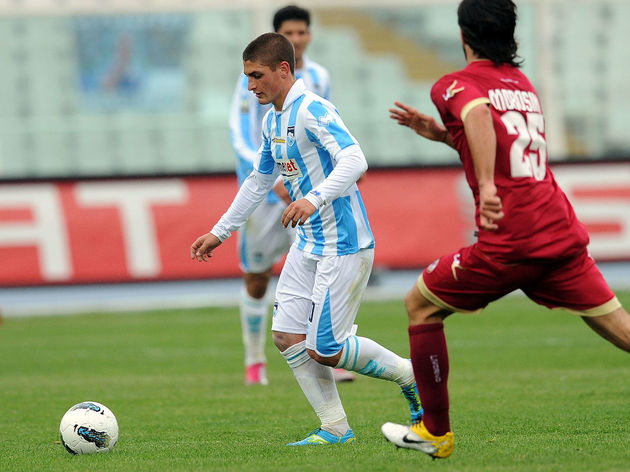 The most famous example of a fan designed kit in football history remains Brazil, whose yellow shirts with green trim, blue shorts and white socks were the suggestion of a fan in the 1950s.

Brazil had earlier worn white strips, but the heartbreak of defeat in the 1950 World Cup on home soil prompted a search for a new kit incorporating all the colours of the national flag. The winning design was made by a teenager called Aldyr Garcia Schlee and was first worn in 1954.