It's almost unfathomable to think that Benteke's stock could have fallen so sharply, but sadly that's the reality for a player who was Now he's dropped off the face of the goalscoring planet.

What’s more, to watch him play in the ​Premier League is an eerie sight. The big Belgian doesn’t seem distressed, embarrassed or fed up. Missing presentable chances doesn’t phase him.

Harry Kane is much the same - he doesn’t mind missing. But then, England’s captain finds the net pretty regularly as well as missing the odd chance.

He’s a rampant goalscorer in exactly the same way that ​Benteke isn’t. With the utmost respect to the Belgian Pro League, he was ready to move to bigger and better things.

He started the 2012/13 season still at the club, scoring three times from five games for good measure, before ​Aston Villa offered him his big break. In return for £7m, Villa got their hands on a red-hot striker that then-manager Paul Lambert would describe as 'unplayable' after scoring ​Swansea City

With brute force, muscle, strength, intelligence and craft, his debut campaign in the Midlands yielded 23 goals in 39 games.

He’d lived up to the promise. The question was, would second season syndrome kick in? 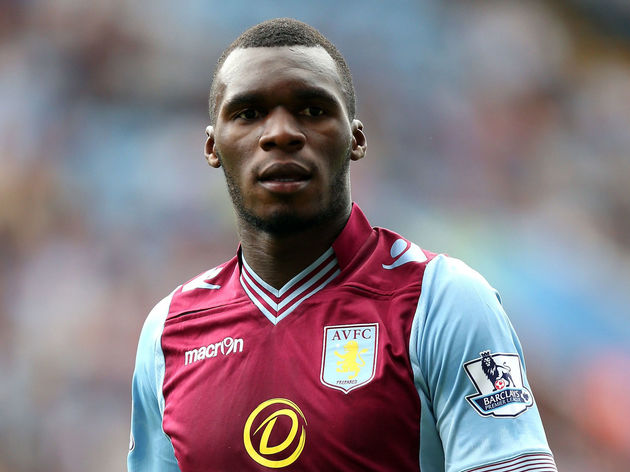 In a way, yes. His second campaign was good but Benteke failed to deliver on a consistent basis, netting 12 less goals than he had in his debut season. He did, granted, play in 11 less games and he also handed in a transfer request - one that was promptly turned down by Lambert.

Injuries played their part and he was even ruled out of the 2014 World Cup after rupturing his achilles tendon.

Headlined by his famous overhead kick against Manchester United, he made a promising start to the season under Brendan Rodgers, only to see the Northern Irishman sacked and replaced by Borussia Dortmund’s Bundesliga conqueror Jürgen Klopp in October 2015. Few strikers in world football are less suited to Klopp’s fast, wing-focused, expansive style of football than Benteke. A very average season wasn’t good enough for one of England’s most successful clubs, and a move away was the only logical step.

Crystal Palace were the team to offer Liverpool their money back on Benteke and things looked good after a productive first season. But the wheels then came off his south London bus, and since then he's seemed unable to do anything right.

Across the last three terms (albeit the current campaign is still unfinished, as far as we know), Benteke has scored five Premier League goals in 67 matches. No wonder he's so often the butt of the joke The Eagles are not relegation fighters season on season, it would be unfair to call them that. The lowest the club have finished during Benteke's four seasons is 14th, all credit to Palace fan and former player Roy Hodgson, in charge for three of Benteke's years at Palace.

And yet, there is no way the club's unique style of football would work without a big dominant number nine like Benteke. Palace's play isn't methodical and pensive; it's highly dependent on tireless and skilful players on the flanks. Patrick van Aanholt, Andros Townsend, Jeffrey Schlupp and of course ​Wilfried Zaha spring to mind.

Wide players like these can't impact play when cutting inside without having players to bounce the ball off. Not only is Benteke that man, but he holds the ball up well, only releasing it when one such lung-busting runner is doing just that. Winning aerial duals is also a speciality of his, knock-downs to wingers or Jordan Ayew regularly come in useful. nuanced than what he brought to Villa. Nuanced or not though, he still adds something to a Premier League outfit. For that he should be praised not sniggered at.