​Liverpool winger Sadio Mané is said to have his heart set on a move to Real Madrid at some point in the future, having grown frustrated with his inability to stand out as the Reds' one true star.

Mané was in electric form last season as he fired Liverpool to Champions League glory, but he failed to finish on the podium in the Ballon d'Or voting and instead had to settle for fourth place. 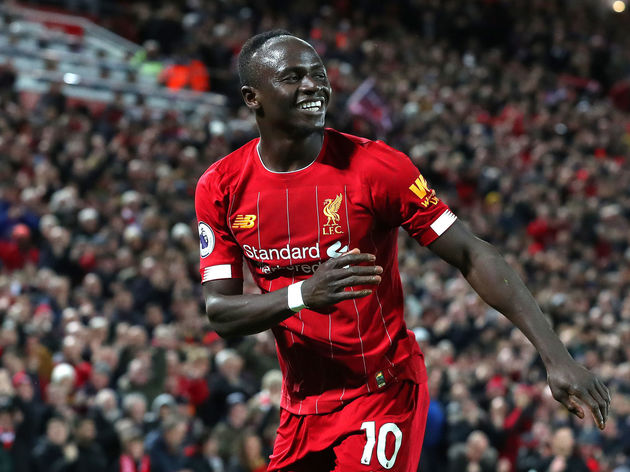 According to ​France Football, ​Mané was left frustrated by the lack of credit given to him, and the fact that manager Jürgen Klopp publicly insisted that Virgil van Dijk deserved the award instead is said to have left a 'bitter taste' in Mané's mouth.

Now, it's noted that Mané is happy at ​Liverpool and is by no means desperate to leave, but France Football believe that he would struggle to reject ​Real if they came knocking on his door as a move to Spain could help him realise his dream of seeing an African win the Ballon d'Or once more.

It's a move which was rumoured to be close a few seasons ago. As the story goes, Real boss Zinedine Zidane is said to be a huge fan of Mané and was eager to strike a deal for the Senegal international in 2018, but his sudden departure from the Santiago Bernabéu saw the move collapse. France Football believe that Zidane is still keen and Mané is also interested in linking up with the Frenchman, adding that it is Mané's dream to represent Real one day.

​a point which has been stated before

“Football, I think, was the only job I can be a success. I can help my people.”

Sadio Mane lost his father, aged just 7. Since then, he had a dream to become a footballer and help his country 

His football journey has been incredible. A true inspiration❤️#beINSPIRED pic.twitter.com/ZrfkO8vRP7

At 28, Mane has plenty of years remaining at the top of the game, meaning a move to Madrid is still possible over the next few years. But with investing in youth the commonly adopted practice, a switch would become more unlikely as each transfer window passes - something that may not sit too comfortably with Mane as he looks to become the top individual player in the world.