How Newcastle United Should Spend £200m on Transfers This Summer

​The nightmare might finally be over for Newcastle United as Mike Ashley's reign of terror as Magpies owner is nearing an end, courtesy of yet another Premier League Saudi takeover.

While the ​source of such funds may be a moral dilemma for another day, Newcastle fans will certainly be excited about the possibility of having an owner actually willing to splash the cash at St. James' Park.

It's been rumoured that the Magpies could have a £200m war chest to spend this summer (​though that is debatable) and while it would be funny to blow it all on Kylian Mbappe just to see what happens, that's not going to happen for about 1,000 reasons.

Here's a more realistic a look at how Newcastle should spend their (possible) newly discovered fortune. ​​Newcastle were willing to spend a near club-record fee of £35m on the Frenchman in the January transfer window, only for the Lille midfielder to decline Steve Bruce's rather kind offer. However, ​If you want a devastating goalscorer who won't break the bank - relatively speaking, of course - then look no further than Celtic's hottest prospect.

The 22-year-old striker has provided a combined 46 goals and assists in all competitions this season, despite having played just 45 games, and is now showing the quality he promised but didn't deliver in Paris Saint-Germain's youth academy. If Newcastle could persuade Edouard to choose Tyneside, then they would need a backup striker as well with Joelinton simply not cutting the mustard. Meanwhile, Dwight Gayle and Yoshinori Muto look destined to leave St. James' Park and the less we say about Andy Carroll the better.

And what better place to look than to a former player?

Yes, remember when Slimani briefly enjoyed an unsuccessful loan spell with Newcastle? No? Well, he did.

The Algerian forward made just four appearances for Newcastle without finding the back of the net, but has since rediscovered his form at Monaco on loan from ​Leicester - where he has provided nine goals and seven assists so far this term in just 19 games. It's fairly clear for all to see that Newcastle need some serious reinforcements in defence this summer, in particular at full-back. Defensive injuries have plagued Bruce and his squad, who have often been left wanting at the back.

An affordable solution to their problem on the right-hand side could be Genk right-back Maehle.

The 22-year-old Dane has been impressive during his time in Belgium and his domestic season has already come to an end following the nation's decision to cancel the campaign's remaining fixtures.

That's a pretty long pre-season for Maehle to prepare himself for life at St. James Park, eh? Considering the 29-cap England international is already on loan at St. James' Park, it would make sense for Newcastle to bring ​Rose in on a permanent basis. It's believed that the Magpies are interested in signing the left-back, while Tottenham are more than happy to let him go for a 'realistic' fee this summer. Bournemouth may boast a consistently dismal defensive record year in and year out, but ​Nathan Ake can't be blamed for the Cherries' failings at the back. In fact, the south coast side would ship a great deal more without the Dutchman in their backline.

The 25-year-old has been long touted with a big move away from the Vitality Stadium, with the likes of Leicester and former club Chelsea having shown vague interest.

The centre-back won't come cheap but he has bags of Premier League experience, is comfortable with the ball at his feet and provides strong leadership from the back. ​Seemingly the only club Rashica hasn't been linked with this summer is his current side Werder Bremen, with the Kosovo international set to call time on his Bundesliga stint in favour of a move to England.

The 23-year-old winger has got a combined 15 goals and assists for relegation-threatened Bremen so far this term and a move to world champions ​Liverpool is even on the cards.

However, Newcastle can offer the wide man first-team football...and plenty of cash. 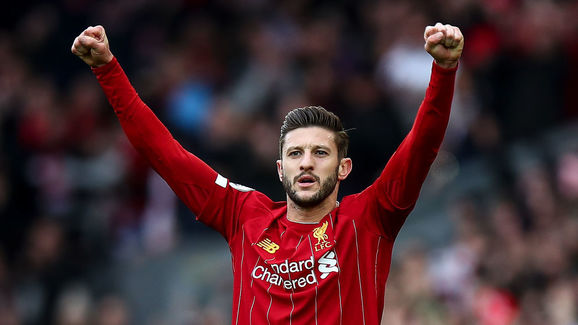 ​While a reunion with former boss Brendan Rodgers at Leicester seems inevitable for ​Lallana this summer, Newcastle should do everything in their power to persuade the Liverpool midfielder to pick the northeast over the Midlands.

With his contract set to expire at the end of the season, the 34-cap England international would provide both quality and depth in midfield - something that Newcastle are seriously lacking at the moment.