Those Chelsea fans who have been around the block probably won't be surprised to see the club blindly clinging to some slither of hope that Timo Werner will choose to join the Blues over Liverpool this summer.

If the latest reports from Germany are to be believed, Chelsea have not given up hope of convincing the RB Leipzig hitman that west London trumps Merseyside and have ​made contact with his entourage. 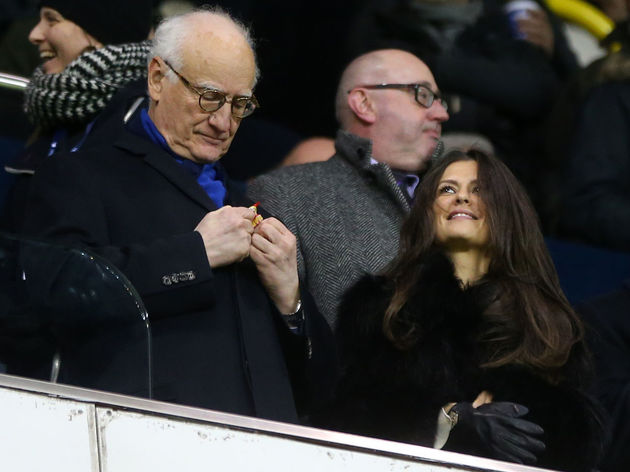 Now, you may be thinking 'you can't guarantee Werner would be a failure based on the litany of others', and you'd be right, but there is no getting away from the fact that - other fallen greats aside - the touted transfer is already tainted before it has come to pass.

Werner is absolutely gagging to join Liverpool, to the extent that we have the unusual situation where a player is actually talking up his suitor, rather than the norm of being praised by the manager who has been linked with a move for him. It's all a bit too gross and gooey, maybe even for Jürgen Klopp, who is ​reportedly after a face-to-face meeting with the 24-year-old - perhaps to convince himself of the move as much as anything else. Would it be wise to pursue someone who is *that* keen to move elsewhere? No, probably not.

Should Chelsea opt to trigger Werner's rumoured €60m release clause, throwing him into the team to play alone up front would be a huge gamble given his physical stature and the inevitable need to adapt to the cut-throat nature of the Premier League.

The Germany international is accustomed to playing in a front two with Patrik Schick or wide on the left in RB Leipzig's adaptable system, but Chelsea play with one up top and have more than enough quality in the wide areas even with the expected departures of both Willian and Pedro.

With new arrival Hakim Ziyech likely operating from the right, Callum Hudson-Odoi and Christian Pulisic will be vying to start on the left flank, while Mason Mount can also be deployed there if required.

With that in mind, signing Werner just to shoehorn him onto the wing seems...a bit of a waste; akin to bringing in Fernando Torres when you have a prime Didier Drogba in your ranks (incidentally, Torres made seven appearances for the Blues shunted out wide).

Of course, Chelsea could adapt to Werners needs with a new 3-5-2 or 4-4-2 shape, but given their shaky defence and the plethora of midfield talent at Frank Lampard's disposal, such a significant tactical reshuffle seems unlikely for the benefit of one man. Then there's the Tammy factor - the man who has seemingly broken the curse of the number nine shirt that weighed so heavily upon the shoulders of Kežman, Torres and Morata. While it remains to be seen whether the young Englishman can become a truly world-class striker, his 15 goals before the season was postponed surely justify a starting berth at centre forward next term.

When you look at it from the player's perspective there is little wonder he has directed his overly-zealous praise at Liverpool. He would be entering a pressurised situation at Stamford Bridge, thrust into the spotlight and expected to pick up the talisman mantle left by Eden Hazard last year. At Anfield, he could bide his time and grow into his role. Werner

It seems a move to Chelsea just isn't to be. While on the previous 11 occasions in my living memory that Chelsea went after the top brass of goalscorers I was likely bristling with excitement, this time the path should be left clear for Liverpool to get their man. Werner would already be destined to come up short at Stamford Bridge.