Dejan Lovren has said he quite likes playing for Liverpool. And, according to certain corners of the media, that means he is staying at Anfield beyond the summer.

The Croatian has lost his place in the starting XI to Joe Gomez, with his sole start in 2020 coming in the disastrous 3-0 defeat to Watford.

His performance was heavily criticised and he hasn't been included in a matchday squad since. With Joel Matip assuming the role of third-choice centre back, it has all added to the assumption that Lovren will be allowed to leave the club this summer. 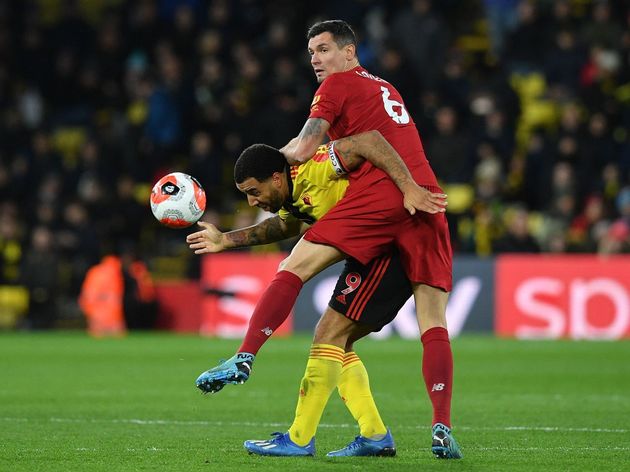 90min's ​information since February has been that the Reds are open to refreshing their defensive options, while reports last month suggested both Arsenal and Tottenham are ​interested in the 30-year-old's signature.

Speaking to ​Liverpool's official website, however, Lovren says he's happy to be playing in a team as successful as Jurgen Klopp's Premier League leaders. And that, according to ​The Express, ​The Mirror and others, is a surefire 'hint' at where his future lies...

How much of a hint is it, though? We'll let you decide.

"Four years have passed so quickly, but the moment will stay forever." ✨

The ‘incredible’ ending to our 4-3 victory over @BlackYellow was a key step in the team’s evolution under Klopp, explains match-winner Lovren https://t.co/4tELLEYq4K

“We are used to playing big finals and the big games and we know how to manage it.

“If we keep the important players and the core of the team here for many years, we will only grow.”

​Olympiacos defender Osseynou Ba is the most recent of many (many) central defenders who have been linked with a move to Anfield in the event of a Lovren departure.