​Unless you've forgotten your Twitter password, you'll have seen that a 19-year-old Lionel Messi produced one of the game's greatest ever goals on this day 13 years ago.

Receiving the ball in his own half, the Barcelona star wriggled clear of a couple of challenges, powered through the midfield, danced clear of the defence, before rounding the goalkeeper and slotting the ball into an empty net.

It was a goal which sent shockwaves throughout the world of football. Messi demonstrated breathtaking skill and technique in that Copa del Rey semi-final against Getafe, the likes of which had never been seen before.

In the first leg of the Copa del Rey semifinals, the 19-year-old future goat Leo #Messi takes the ball in Barça's half and blows past Getafe to score one of the most astounding goals ever witnessed. 勞 pic.twitter.com/GmG9mjF1pk

Only, they had been seen before.

In fact, we witnessed such glory in almost identical fashion just over 20 years prior to that mazy run. In 1986, ​Diego Maradona, the original Argentinian legend, produced a goal which is widely regarded as ​the greatest goal in football history, bamboozling the entire England national side, and knocking them out of the World Cup in the process.

It was a strike which brought admiration and compliments from even Maradona's biggest critics - with the probable exception of Peter Shilton.

There's no denying that both goals are eerily similar, starting and finishing in the same manner, with equal levels of quality and unteachable talent. But which goal was better?

Both goals begin with the player collecting a pass near the halfway line, slightly to the right of the pitch (although Messi obviously collects the pass further out wide). But who impressed the most in the early stages of the strike? 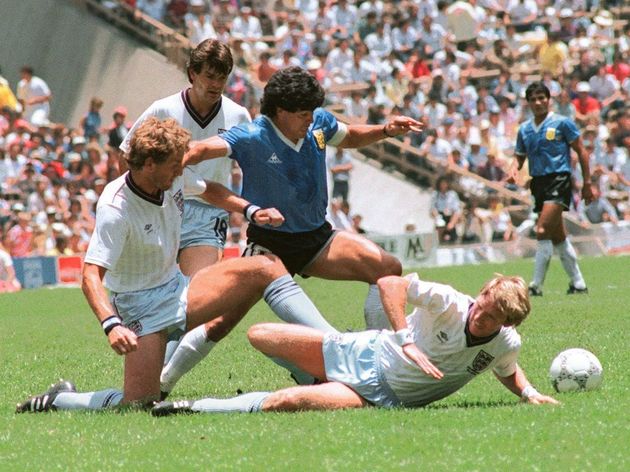 Winner: Both players showed incredible levels of skill and quick-thinking to dodge their two markers, but Maradona edges it on this one, purely because of his disadvantageous starting position and the ingenuity demonstrated to skip away from two international stars.

After passing their first tests, the pair then travelled half of the pitch with the ball at their feet, skipping beyond tackle upon tackle from their panicking opponents. But who dazzled the most with their pace and power?

Maradona - Ghosting over the halfway line, Maradona carries the ball, steps inside a lazy leg, goes around the outside of an onrushing centre-back and reaches the penalty area unscathed. It's a majestic assault on the England defence but you're begging the Three Lions to just stick a leg out or run a little bit faster to catch him. 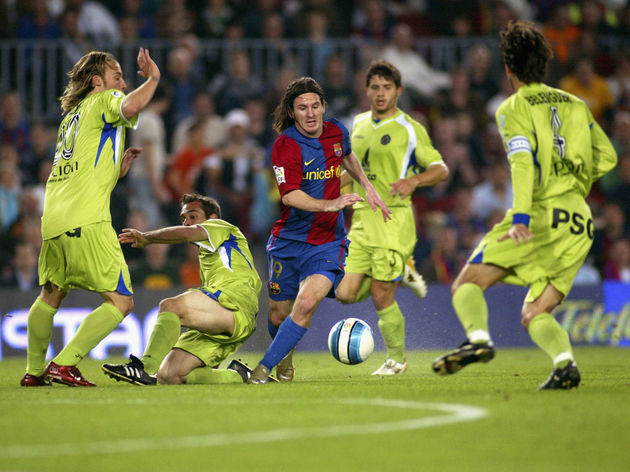 Messi - Having managed to somehow free himself of two opponents on the right flank, Messi sprints infield and drives at the heart of the Getafe defence. The Barça man, simultaneously faced by two centre-backs, cuts inside of his first victim, before quickly chopping the ball between the two defenders' sliding tackles, with lightning reflexes and agility. All while running at full tilt.

​Winner: While no one can deny that Maradona's run was special, there's no ducking the fact that Messi was faced by a much more compact backline, and he was forced to produce a more cunning piece of footwork to jink through towards goal.

You stroll past an entire team, but the job isn't done just yet - you've got to bury it. Miss, and all that work will be forgotten (or you'll end up on a compilation video of 'nearly amazing goals' which no one will bother watching). Who had the better finish, then? ​

Maradona - After working his way into the area, Maradona had to beat one of the ​greatest goalkeepers in football history. The ​Napoli star sits Shilton down, took the ball to his right, and despite being under huge pressure from behind, strokes the ball into the net with ease. A classy end to a piece of art.

Messi - With a pile of Getafe defenders trailing in ​Messi's wake, the forward is left facing the shot-stopper, whose knees could be heard audibly knocking in fear. The wonderkid also takes the ball to the keeper's right, going slightly wide and narrowing the angle for himself. Not to panic though, he'll go on to become the best player in modern day football, so naturally he stretches out a right boot and turns the ball home.

Winner: Argh, this is tough. Messi did brilliantly to tuck away his effort on his weaker foot, but for the pure poise and control shown in front of goal, Maradona just about pips it, also considering the pressure he is under and his ability to make such a difficult movement look so easy and graceful.

There are a few exterior factors that must be considered when we look back at the two goals. As mentioned before, both strikes came at crucial times, with Messi scoring in a domestic cup semi-final first leg, and Maradona scoring on the international stage at a World Cup.

Maradona's arrogance vs England, WC 1986. Love this. Everyone stares ahead, he stares right at his victims. #focus pic.twitter.com/KRTrBZIi

Clearly, scoring a winning goal in a World Cup quarter-final - a competition which your nation would then go on to win - means that Maradona shades the 'importance of occasion' category. But Messi has youth on his side.

His moment of brilliance is unthinkably good, but to be scored by a 19-year-old kid? Unfathomable. Ultimately, a decision has to be made.

Maradona ​claims the prize for scoring the greatest identical goal in history!

Commiserations Lionel, it would have been nice to hand you the award on your strike's birthday, but it wasn't to be. And let's face it, both goals were just amazing. Let's thank the heavens that we were blessed enough to witness such magic - twice.