​Chelsea have worn some stunning shirts throughout their 115-year history. The shade of royal blue has become synonymous with the success and style of the west Londoners, epitomising their class through some fantastic shirts.

Whether they are classic kits worn in the days of Ron Harris and Peter Osgood, or modern masterpieces associated with European glory, the Blues have had a huge array of iconic and stylish shirts, ones which resonate deeply with Blues fans of all ages.

It's almost impossible to rank them all, but here is 90min's list of the ten greatest ​Chelsea home kits of all time. 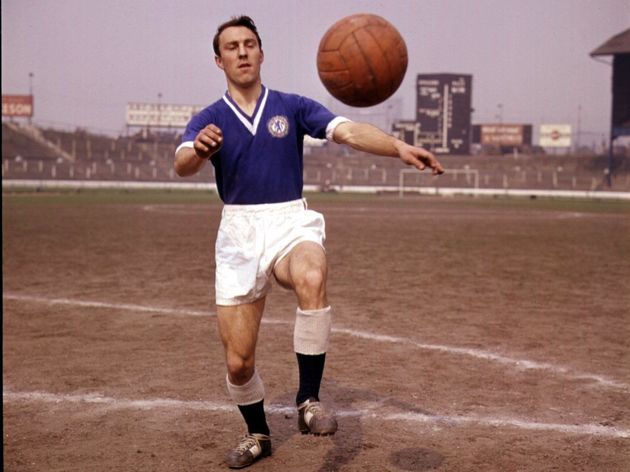 Starting with a classic from the 1960s, this kit is so simple yet so satisfying. It was the first time a badge was used on a Chelsea shirt, and the same one which the current badge is based on more than half a century later.

The V-neck is a crisp look, with the striking royal blue contrasting the white shorts. The style was used again 53 years later, helping inspire the 2013/14 home shirt with the same collar style.

This shirt was worn by the likes of Jimmy Greaves and Bobby Tambling - the latter just beginning his Blues career. Tambling went on to score a remarkable 202 goals in Blue, a record which stood for 47 years before being broken by current manager Frank Lampard. French manufacturer Le Coq Sportif made Chelsea’s kits at the start of the 1980s, and the first one they made is truly timeless. The thin red and white horizontal stripes were all over the shirt, with the contrasting shades of blue really making it stand out on the pitch.

Together with a new classic badge, the shirt was also modelled by another one of the club’s most prolific goalscorers. Kerry Dixon netted 193 goals in nine years at Stamford Bridge, scoring more League Cup goals than any other Chelsea player. 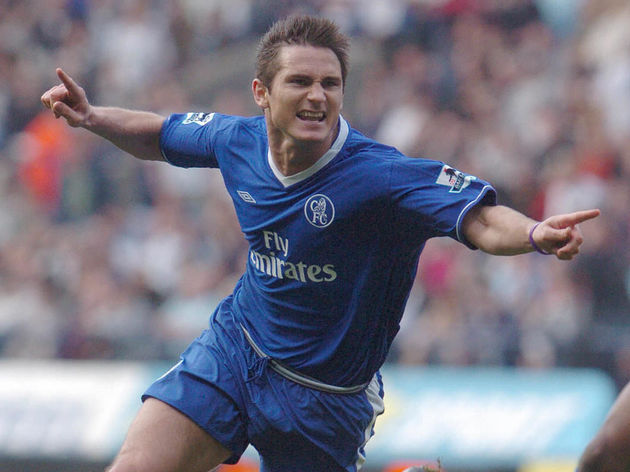 Though this kit made by Umbro was a relatively simple one with a distinct white trim, it is one which brings back a lot of great memories for Chelsea fans. The Blues hadn’t won a league title in half a century, since the days of Roy Bentley winning the league in 1955.

Yet that changed when José Mourinho arrived in west London. The Portuguese transformed Chelsea and led them to their first Premier League title in emphatic fashion.

They sealed the title with a 2-0 away win at Bolton, where they wore this kit. There are so many features that make Umbro’s 1997 kit a thing of beauty. The circled badge, the yellow trim, the part-white sleeves and the folded collar- all contributing to such an aesthetically pleasing kit.

This kit represents a transformative era for the club, when they were managed by first Ruud Gullit and then Gianluca Vialli. They won the League Cup and UEFA Cup Winners’ Cup within three months of Vialli’s arrival, before winning the Super Cup the following season. Chelsea were celebrating their centenary year in 2005, and marked the occasion with a superb shirt. Umbro added a gold trim to complement the royal blue base, including special embroidery around the new club crest – the same one used today.

This is one of the many shirts that evokes great memories, as the Blues marked their hundredth year in some style. Mourinho guided them to back to back league titles - the first time the club had ever managed to achieve this feat.

A classic shirt which represents a fruitful time in the Blues’ history, when they were undoubtedly the best team in England. Gullit’s arrival at Stamford Bridge coincided with the arrival of this shirt. Another one of Umbro’s finest designs, the large badge is also emblazoned across the shirt, a brilliant touch to make the shirt stand out.

This kit brings back memories of a memorable day out at Wembley Stadium, for the 1997 FA Cup final. Roberto Di Matteo famously scored after just 42 seconds before Eddie Newton wrapped it up, as the Blues won their second FA Cup and their first in 27 years. 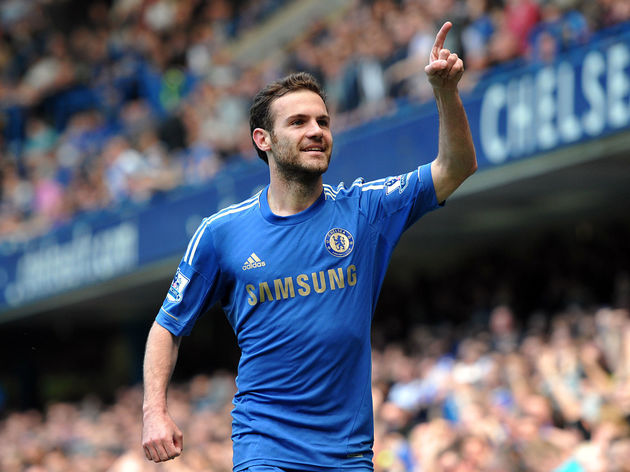 The most recent entry on this list, adidas wanted to make a special shirt to commemorate London hosting the 2012 Olympic Games. Their answer? An absolute beauty of a kit, mixing a lighter shade of the famous royal blue with a crisp gold trim.

This kit looked brilliant on the pitch, as the badge stood out in its all-gold form alongside the rest of the gold features. Its introduction was also very appropriate for Chelsea, as it followed their first ever ​Champions League triumph the previous season.

Chelsea crowned this kit with another piece of silverware at the end of the season, when they won their first Europa League title against Benfica. They did in dramatic fashion too, as Branislav Ivanović headed home a 93rd minute winner in Amsterdam.

One of Chelsea’s best ever shirts is unlucky not to make the top two, but is worthy of the top three at least. The Blues reached the FA Cup final in 1970, propelled to Wembley by the King of Stamford Bridge, Peter Osgood.

Twice beaten finalists before, they met Leeds in an infamously dirty match. The final ended 2-2 and resulted in a replay, and because Leeds had been forced to change kit in the first meeting, Chelsea switched their traditional white socks and trim to yellow.

In their blue-and-yellow kit, The Blues prevailed 2-1 thanks to goals from Osgood and David Webb to win their first FA Cup. In homage to the victory 50 years on, Nike made a special commemorative kit for Chelsea to wear earlier this season - another stunning effort.

Celebrating 50 years since our first FA Cup triumph in 1970!

The 1970 final replay crest and colourways have been brought back for this @nikefootball commemorative kit.  Adidas made a number of excellent kits for Chelsea, but their best one certainly came in the 2011/12 season. The iconic blue adidas stripes were surrounded by thick white, giving the kit a nice clean trim to match up the traditional royal blue.

The design and aesthetics of the kit are one thing, but the reason it ranks so high is for what it represents. Chelsea went on another stellar Champions League run that season, defeating Napoli, Benfica and Barcelona en route to the final in Munich.

Chelsea faced Bayern Munich in their own stadium, and the rest is history. Didier Drogba equalised with two minutes to go, Petr Cech saved an extra time penalty and Drogba scored the winning penalty in the shootout to crown Chelsea champions of Europe. The toughest choice to make was of course for first place, but the 1970 kit deservedly takes the crown. It’s plain, clean and simple, the purest form of the Chelsea kit and colours which have been adapted and modified throughout the years.

This is the best version of the Chelsea kit.

The Blues wore it en route to lifting the 1970 FA Cup, as well as the Cup Winners’ Cup the following year. Some of the club’s earliest successes are associated with this kit, which makes it so special.

The perfect Chelsea kit has to look brilliant and be associated with great memories and silverware, and this kit ticks all the boxes. It’s a beautiful kit, and is definitively the greatest Chelsea home kit of all time.