England opened its doors to an array of foreign talent, as the likes of Gianfranco Zola, Patrik Berger and Fabrizio Ravanelli arrived on our shores. However, the biggest transfer news was right on our doorstep, as Newcastle United broke the world transfer record for boyhood fan Alan Shearer.

David Beckham announced himself to the world by scoring from his own half, Man United won the league with a points total that wouldn’t even get you into the top four some seasons, Eric Cantona retired at just 30, Liverpool and Newcastle played out another 4-3 and Middlesbrough bought some of the best players in the world, got to two cup finals, got beat in them both and got relegated because they got docked three points for not turning up at Blackburn because their team all had a cold.

You caught up yet?

Anyway, despite all the madness, there were some who kept their cool and got named in the PFA Team of the Year. Let’s take a look… 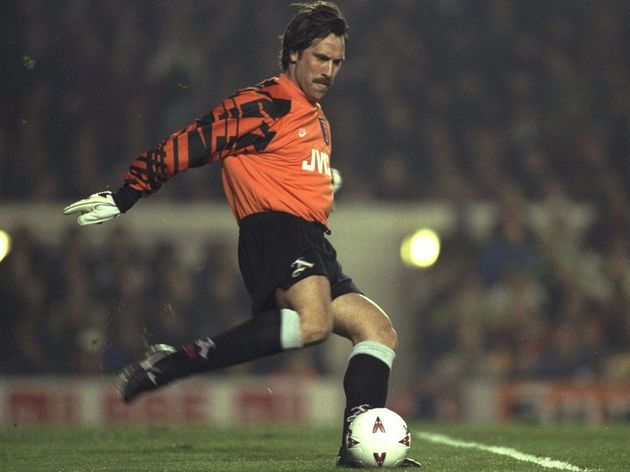 Mr. reliable between the sticks.

Seaman was coming off the back of becoming the nation’s sweetheart after his penalty-saving heroics against Scotland and Spain at Euro ‘96.

​Arsenal boasted the meanest defence in the league, conceding just 32. It’s a shame they didn’t have a decent forward line or they might have won the league, that Dennis Bergkamp and Ian Wright just didn’t cut the mustard… The first player in the team who retained his place from last season.

Gary Neville was quickly cementing his place as a ​Manchester United regular, having broken into the starting XI just a few seasons prior.

Even at 21, Neville was already proving his credentials as a world-class right-back. Tough, dependable, strong, but also much more than just a right-back. The quality that Neville could supply when in the final third would be waxed lyrical about by pundits all over the world if he were a tricky winger. One of England’s most under-rated footballers. Another of Arsenal’s solid back five and also the second returnee.

The England captain missed ten of the 38 league games in the 1996/97 season and still managed to make it into the PFA Team of the Year. That goes someway to showing just what a colossus this man was.

Arsenal maintained their impressive defensive record the following season, and with the summer addition of Marc Overmars and with Dennis Bergkamp beginning to flourish in English football, the Gunners secured the double. ​Liverpool were the Premier League nearly-men of the 90s. Always there or there abouts but never quite getting over the line.

At 33 years of age, Wright was enjoying arguably the best football of his career alongside Phil Babb, though he would be forced into retirement just two years later due to a back injury. 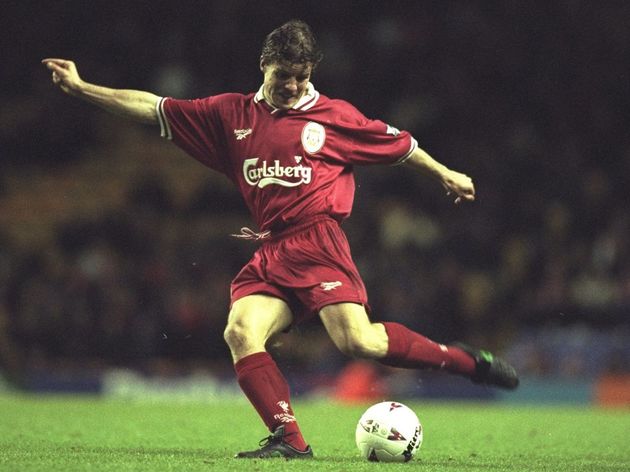 If there’s one name you couldn’t have guessed would be on this list, it may well have been Stig Inge Bjørnebye.

Signed from Norwegian side Rosenborg in 1992, Bjørnebye had a tough start to life at Anfield, with injury and lack of form limiting his game time. However, the 1996/97 season saw the left-back flourish.

His delivery in the final third had Robbie Fowler and Stan Collymore putting them away for fun and he’s well-deserving of his place in the PFA Team of the Year. Also named the PFA Young Player of the Year, despite already having spent a season in the first team, 1996/97 was the year David Beckham really announced himself.

He will always be remembered for that goal at Wimbledon, but the fact is he was so much more than that. Pace, energy, not to mention of course he wasn’t bad at crossing.

As he grew older, all the talk around his wand of a right foot went to his head a little. He wouldn’t run at defenders because he knew he could put the ball on a pinprick as soon as he picked it up.

Young David Beckham was a much better all-round player than the one who became a world superstar, and this was one of his greatest campaigns. Often not given the credit he deserves as a footballer; Roy Keane was a lot more than just a midfield hardman.

A series of knee injuries saw him make just 21 league appearances, proving just what a prodigious talent he is to still be named in the PFA Team of the Year. The retirement of Cantona at the end of the 1996/97 season would see the captain’s armband handed over to Keane. 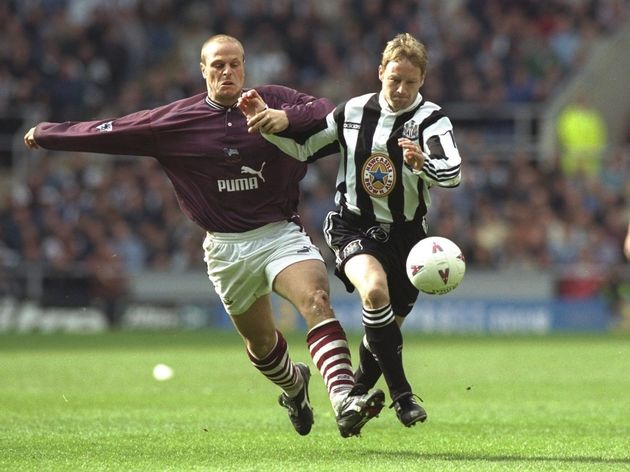 Quite a combative midfield the PFA have chosen.

Batty had arrived from champions Blackburn the season prior and had really began to settle on Tyneside. His work-rate and selfless play in the midfield allowed Keegan’s entertainers to do what they did best.

A firm favourite of the St. James’ crowd, Batty would be sold to boyhood club Leeds the following season. Affectionately nicknamed 'Shaggy' by the Anfield faithful, McManaman’s head-down style of running with the ball was proving to be a big hit in the ​Premier League.

Finishing the season with a tally of ten goals in all competitions, Europe’s giants were beginning to sit up and take notice of the young lad from Merseyside.

Both Barcelona and Juventus attempted to sign McManaman in the summer of 1997, before he eventually saw out the remainder of his contract and joined Real Madrid in 1999. It’s difficult to argue against Shearer’s inclusion, top scorer with 25 Premier League goals, though not enough to propel his boyhood club ​Newcastle to glory as they yet again finish runners-up.

The PFA Player’s Player of the Year, Shearer would go on to be named in the PFA Team of the Year seven times, with his final inclusion coming in 2002/03. With 23 goals in 35 appearances, Shearer’s strike partner is Ian Wright.

Arsenal’s former all-time record goalscorer could feel aggrieved to have missed out on England’s Euro ‘96 squad the summer prior. But Wrighty did what he does best and produced a superb 1996/97 campaign, finishing second top scorer to Shearer.