April is usually one of the best months of the football calendar, as clubs enter a crucial point of the season. The Champions League reaches its quarter-final stage, countries play the semi-finals of their domestic competitions and the FA Cup returns to Wembley Stadium.

But of course, this year is completely different. There's not one trace of football across the world, and all we can do is reminisce and look back on some of the classic moments we have seen over the years.

In light of that, 90min looks at what happened in the world of football on this day, on 18 April. 18 April marks the birthday of Juventus goalkeeper Wojciech Szczesny, who this year turns 30. The Poland international is at the peak of his power now, having spent most of the previous one at Arsenal, as well as loan spells at Brentford and Roma.

Szczesny has enjoyed a successful career for club and country, earning almost half a century of caps for Poland. He has picked up seven trophies so far, including two Serie A titles with the Bianconeri and two FA Cups during his stint in north London. Bayern Munich met Manchester United in a mouth-watering quarter-final clash, in a repeat of the 1999 final. Two years later, Die Roten had won the first leg 1-0 at Old Trafford, and returned to the Olympiastadion with a golden advantage.

Giovane Elber gave the Germans an early lead in Munich, before Mehmet Scholl put the tie to bed. Ryan Giggs pulled one back after the break but Bayern had already done the damage, winning 3-1 on aggregate and going on to win the Champions League that season.

In the first leg of the Copa del Rey semifinals, the 19-year-old future goat Leo #Messi takes the ball in Barça's half and blows past Getafe to score one of the most astounding goals ever witnessed. 勞 pic.twitter.com/GmG9mjF1pk

13 years ago, Lionel Messi scored arguably his greatest ever goal against Getafe in the 2007 Copa del Rey semi-final. Just 19 year -old, the Argentine magician picked up the ball in his own half and took on the entire visiting team.

One player turned into two, then three, four and eventually six players, none of which could stop Messi. He dazzled his way around the goalkeeper and coolly tucked it home, scoring a quite simply astounding goal which echoed the greatness of Diego Maradona himself. 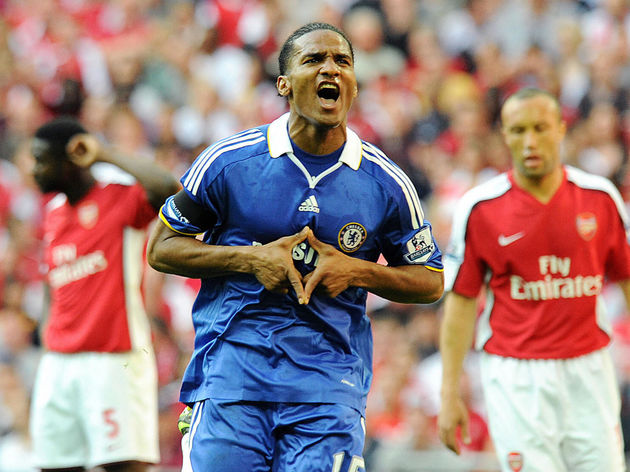 Chelsea faced Arsenal in an all-London FA Cup semi-final in 2009, as Guus Hiddink’s Blues looked to reach their fourth final in nine years. It couldn’t have started worse for the blue half of Wembley however, when Theo Walcott struck first for the Gunners.

The Blues drew level through Florent Malouda, before an 84th minute winner from none other than Didier Drogba booked their spot in the final. Chelsea went on to win the final against Everton, securing their fifth FA Cup triumph. That FA Cup semi-final victory isn’t the only thing that makes 18 April special for Blues fans – it’s not even top of the list. The 2012 Champions League run saw Barcelona return to Stamford Bridge in the semi-final, Chelsea desperate for revenge for their 2009 exit.

It was a tense yet thrilling encounter at the Bridge, settled by a clinical finish from Drogba just before the break to seal a 1-0 victory. Chelsea took the valuable lead to the Camp Nou, made it to the final in Munich and the rest, of course, is history. 2017 saw another classic Champions League quarter-final, when Real Madrid played Bayern Munich for a place in the final four. Los Blancos returned to Spain with a 2-1 win in the first leg, but Bayern struck back to level the aggregate score in Madrid.

With Die Roten leading 2-1 on the night and the score tied at 3-3 on aggregate, it went to extra time at the Bernabeu. Real ran riot to seal their place in the semi-final, with a goal from Marco Asensio and a Cristiano Ronaldo brace wrapping up a superb triumph.