The standings were finely poised at the Serie A summit before football was suspended, with just a point separating surprise package Lazio from Juventus in top spot.

The cash has been splashed in Italy in the previous two transfer windows, and new arrivals have settled into life in Serie A to varying degrees of success.

Which new signings have really shone in Serie A this season? Having spent a ​year on loan at Sampdoria in 2018/19, Audero made his switch from ​Juventus permanent in the summer, with Sampdoria paying ​Napoli had endured a difficult start to the season, with manager Carlo Ancelotti replaced with Genaro Gattuso ​in December. However, a run of four wins in five prior to football's suspension had seen them shoot into the European places.

While the team have been somewhat inconsistent this season, centre back Manolas has been a model of consistency and stability. His composure, strength, pace and intelligence have fully justified the The lightening quick ​winger turned full back has been exceptional at right wing back for Lazio this season, becoming an integral part of the side that have upset the Serie A narrative thus far. The midfielder joined ​Inter on a season long loan from Cagliari, but with an obligation to buy at the end of the loan spell.

Since his move, Barella has blossomed into one of the best young midfielders in the league. The 23-year-old has chipped in with three goals and six assists in all competitions this season, becoming a regular in the Italian national squad in the process. 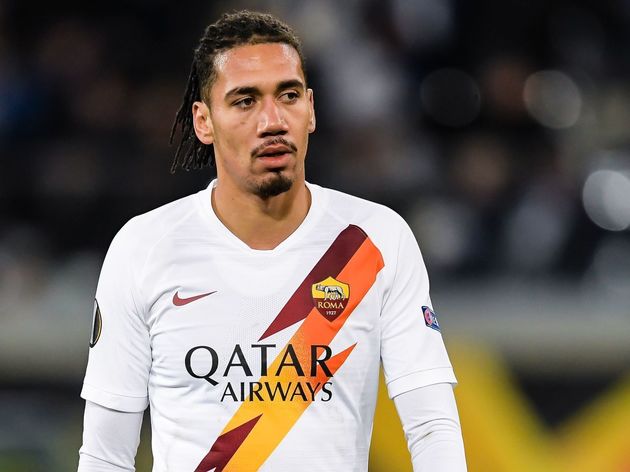 After being told he was way down the pecking order at Manchester United following the arrival of Harry Maguire - two years after being informed that he was not in the England squad as there were a selection of technically better defenders at Gareth Southgate's disposal - Smalling has successfully gone about proving people wrong at Roma.

The centre half has been ever present at the back for the Italian side this season, and his performances have seen him linked with a number of top Premier League sides once his loan finishes in the summer. Nine years after his first loan spell with Cagliari, Naingglolan returned to the Serie A side in the summer on a year long loan from Inter.

It has proved to be a shrewd signing. The 31-year-old has captained the side, and chipped in with five goals and five assists in the league, being named the Serie A player of the month for November. The 19-year-old winger joined Parma on loan from Atalanta in the summer, scoring five goals ​and contributing seven assists in 23 league appearances.

His impressive performances for Parma caught the eye of Italian giants, Juventus who parted with