8 of the Best Bundesliga Signings of the Season

​Prior to football's suspension, the stage was set for one of the most dramatic ends to a Bundesliga season in recent memory. Brought in from Stuttgart in the summer for £31.5m, the World Cup winner has been ever present for side who have conceded the least goals in the Bundesliga. ​Champions League

Marvin Friedrich (Union Berlin): Despite being the coolest football club in the history of the world, minnows Union Berlin were  not expected to survive this season. Schalke forked out £13.5m to pry Kabak away from relegated Stuttgart in the summer and it has proved to be a sound investment. fairly

He's still a bit rough around the edges but ​Premier League clubs are already starting to form a disorderly queue for his services. They'll surely have to pay a lot more than £13.5m as well. 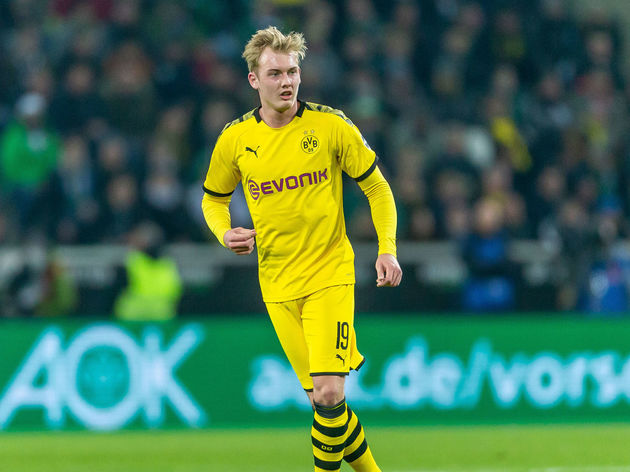 Julian Brandt (Borussia Dortmund)​: Snapped up for a modest £22.5m from Bayer Leverkusen, the versatile Julian Brandt's fine performances have somewhat flown under the radar. Operating as a number nine or left-sided forward, the 22-year-old has struck up a telepathic connection with compatriot Alassane Plea, with the pair's goals firing Die Fohlen to the top of the table in 2019.

Physically imposing and devilishly intelligent, Thuram is also disciplined enough to set the tone of Marco Rose's famed high press. Hopefully his talents can be appreciated by a more mainstream audience in the Champions League next season.

Thorgan Hazard (Borussia Dortmund): ​Though his brother Eden's transfer to ​Real Madrid stole the headlines in the summer, Thorgan Hazard's move to Dortmund has proved to be an altogether smarter piece of business.

Brought in from Gladbach for just shy of £23m, the Belgian hit the ground running by racking up five assists in his first seven matches. His fine form continued thereafter and in the final game before football's suspension he opened the scoring in BVB's 2-1 victory over his former club. That must have felt good. The 22-year-old's combination of pace and trickery have yielded a remarkable 15 assists and a few screamers to boot. His dead ball delivery is also one of the best in the league. Erling Haaland (Borussia Dortmund): ​He may have only joined in January, but Erling Haaland is far and away the best signing on this list.

Snapped up for a ludicrous £18m, the Norwegian's debut was like something out of a video game. Brought on in the 56th minute with Dortmund 3-1 down against Augsburg, Haaland completed a 23 minute hat-trick to secure his side a vital three points.

The goals have continued to flow since then and this ​Frankenstein's monster of a striker will have plenty more scoring records in his sights for when football return. What. A. Player.