We've basically done all of Arsenal's transfer window homework for them at this point. Not only did we highlight the ​five areas that could do with some attention, but we even handpicked several realistic targets for each position.

If you're reading (who are we kidding - obviously you are!), Mikel Arteta and Raul Sanllehi, we'll accept a quiet acknowledgement of gratitude. Really, it's no bother. Anyway, we've now looked at the ​strikers, ​central-midfielders, ​centre-halves and the ​right-backs the club ought to have their eye on. And, last but not least, it's time for a couple of attacking midfielders that might just tickle the Gunners' fancy.

So, enough waffle: here's 90min's analysis of the five attack-minded midfielders the Gunners could go for. Arsenal's transfer targets jigsaw is now completed... 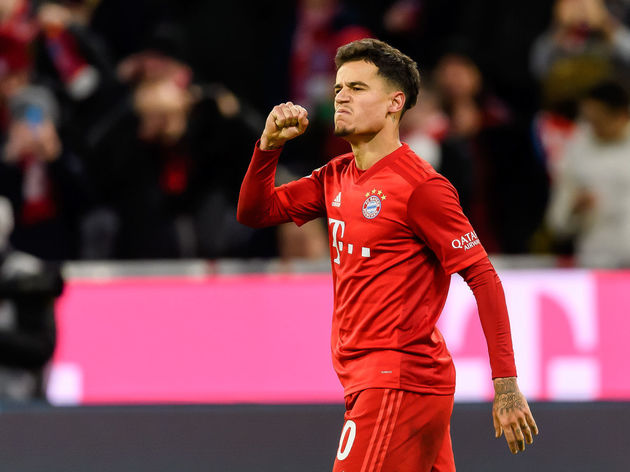 Considering how he was bossing the Premier League for Liverpool before he left for Barcelona, Coutinho's career hasn't quite unravelled how many of us would have anticipated.

Initially, he hit the ground running - ten goals and six assists in his first 22 appearances. Good thing too - he's a £142m man after all!

So, what next​huge Arsenal fan

There was talk of Arsenal's interest last summer. It's likely he'll be available on loan once the window opens. And, as we know all too well, Raul Sanllehi's contact book is the way the Gunners do business these days... When Mesut Özil's time in north London finally comes to an end, there will be auditions for a shiny new creative talisman. And, ​Arsenal's interest in Feyenoord's Orkun Kökcü would suggest they've already begun planning for the future.

At 20 years old, he's got plenty of room to develop, and perhaps it's destiny that a half Turkish international could take up Özil's creative mantle?

Kökcü's value (pre-coronavirus) falls within the club's budget, and his profile (young, promising, affordable) is certainly one that aligns with Arsenal's transfer strategy moving forwards. It looks increasingly likely that ​Willian will be playing his football somewhere other than Stamford Bridge come next season.

Even at 31, the Brazilian still has plenty to offer competing at the elite level - no wonder a host of European clubs, including Barcelona, have been credited with a keen interest.

Arsenal have been mentioned as a potential destination - the player is apparently keen to remain in London, and guess who his agent is? Yep, it's Joorabchim again. After bringing David Luiz to the Emirates last summer, could a second Brazilian from ​Chelsea join the Gunners? Gelabert's is a name that has only recently risen to prominence. But, by virtue of being a promising 19-year-old on ​Real Madrid's books, his talents couldn't remain hidden forever!

In any case, the young starlet, who has yet to make an appearance for Real's first team, is attracting attention across Europe. Mikel Arteta's been keeping tabs on him since the UEFA Youth League back in 2017, and word on the street is he very much liked what he saw.

The Spaniard is talented, promising, and certainly affordable at this point. Might we have another Martinelli-esque attacker on the agenda? The speedy Scotsman had a stellar 2018/19 season for Bournemouth. He played in all 38 league fixtures, chipped in with seven goals and an impressive 14 assists. No wonder ​Liverpool and Arsenal were mooted as potential destinations, especially given he had just 12 months to run on his contract.

However, Fraser has been far less productive this term. Just as he's about to become a free agent too. Perhaps competition for his signature will be slightly less vigorous now...

Anyway, the Gunners were linked last summer. Inevitably, the talk has resurfaced, most probably because he's available for free and the Gunners just love to take advantage of a good, old-fashioned 'bargain'. We shall see...