The 23-year-old arrived to training this week in his own car, rather than the Audi cars provided to all members of the first team squad. Having broken one of the club’s rules on the matter, he is now facing punishment.

Yep, this is seriously happening. 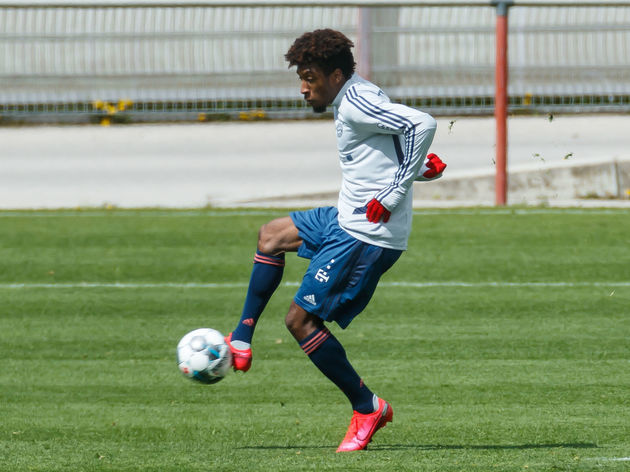 According to German newspaper Bild, Coman will receive a €50,000 fine from Bayern for not adhering to the club rule.

They added that this is not the first time a similar situation has been seen at the club, with other players also doing the same. Jerome Boateng and Philippe Coutinho previously arrived in their Mercedes cars, while Niklas Sule once turned up in his own Ferrari.

Coman has responded to the club fine, explaining why he turned up in his McClaren. As quoted by the Evening Standard, he said: “I'd like to apologise to the club and Audi for not having come to training in my company car.

Kingsley Coman will be fined for coming to training in a McLaren instead of his Audi car.
Coman to BILD: "I'd like to apologize to the club and Audi for not having come to training in my company car. The reason was a damaged wing mirror on my Audi. It still was a mistake" pic.twitter.com/VOsUnL83Si

“The reason was a damaged wing mirror on my Audi. It still was a mistake.”

Audi are one of Bayern’s main partners, joining forces with Die Roten in 2002 and becoming shareholders nine years later. As part of the partnership, the German brand gift a new Audi car to every player at the start of the season, a tradition which has lasted for years. The stern club rules are synonymous with Bayern’s strict yet successful regime, one which continues to deliver trophies. The Bavarian side are currently four points clear at the top of the Bundesliga, as they chase their 30th German league title.

Coman has been at Bayern since 2015, when he joined on a two-year loan from Italian giants Juventus. The deal was made permanent in 2017, with the Frenchman winning nine trophies since arriving in Bavaria five years ago.