Denis Zakaria: Assessing the Candidates and Where He Should Go This Summer

One of Europe's hottest yet underrated talents, Denis Zakaria could be on the move very soon. The Borussia Monchengladbach midfielder and Switzerland international has gained attention across the continent, thanks to his consistent and eye-catching displays.

His excellent form in the Bundesliga sees Monchengladbach sitting fourth, while he has been a key player for Vladimir Petkovic’s Schweizer Nati in midfield. Now, Europe’s giants are knocking on the door, eager to sign the Swiss.

With a number of top European clubs in contention to sign the 23-year-old, 90min looks at some of the teams chasing Zakaria and where he should go. Not a name you’d necessarily expect to see, but Atletico Madrid have been linked to Zakaria. According to Sky Sport Deutschland, Los Colchoneros have the Swiss on their radar and are interested in signing him, the only Spanish side who have been mentioned.

Diego Simeone uses two central midfielders in his 4-4-2 system, usually the impressive duo of Saul Niguez and the combatitive Thomas Partey. Where Zakaria would fit in is hard to know without one leaving, though Partey has been linked with a move away in recent months.

Would he fit? In terms of Atletico’s shape and formation, definitely. But Simeone’s side play very defensive football and are renowned for how organised and hard to break down they are. Zakaria can defend but has a much more attacking mindset, one which wouldn’t fit at the Wanda Metropolitano.

Should he join? No. The prospect of playing in Spain at one of the best clubs in the country is an exciting one, but Zakaria can do much better and find a side he really fits in to, rather than changing the style that has earned so many plaudits. The number one name in contention to sign Zakaria is Manchester United, who are leading the race to sign him. The Red Devils have been linked with him for a while, closely watching his contract situation at Monchengladbach.

Ole Gunnar Solskjaer desperately needs reinforcements at Old Trafford, and the Swiss could be exactly what he needs. United certainly have the repertoire and the money to bring Zakaria, and the German side surely wouldn’t reject an offer from them.

Would he fit? He could fit in nicely to United’s midfield, playing behind Bruno Fernandes and alongside an experienced player like Nemanja Matic or fellow youngster Scott McTominay. He would be suited to their shape and style of play, possibly slotting in very well and certainly excelling in the ​Premier League.

Should he join? No. It would be hard to turn down United and the prospects of playing in the Premier League, but United simply aren’t the same team they used to be. Zakaria would be a wasted talent at Old Trafford, and he could see his career brought to a halt if he moves there. 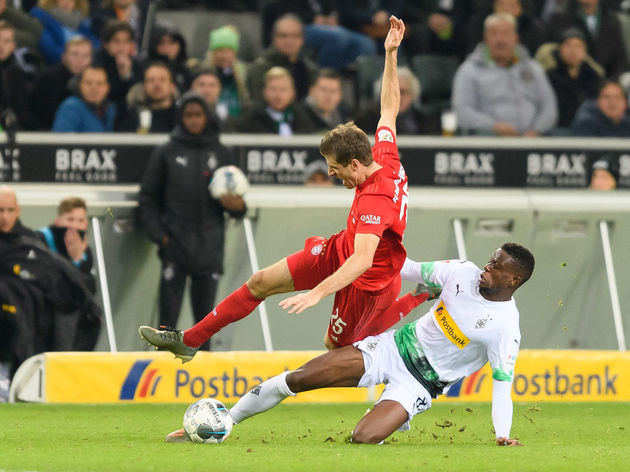 Whenever there’s a hot prospect impressing in Germany, Bayern Munich are on the scene. The German giants always examine their own league when looking for new signings, and unsurprisingly Zakaria has been linked with a move to Bavaria.

He could really develop himself as a top-level footballer at one of the best clubs in the world, while learning from some of the best midfielders.

Would he fit? His defensive powers combined with his strength going forward certainly suits him to Bayern’s ruthless style, making him a real asset to their squad. He could fit in and develop himself in midfield, wherever Hans-Dieter Flick plays him.

Should he join? Maybe. Zakaria would flourish at Bayern but only if given the opportunity, and while he would fit in it’s hard to know if he’d get enough game time. Die Roten already have a rich midfield, and the Swiss could struggle to find his way into the starting eleven. Liverpool have now joined the race to acquire Zakaria, with Jurgen Klopp said to be a fan of the 23-year-old. The European champions certainly have the current pedigree to sign whoever they wish, and the Monchengladbach midfielder could make the step up.

The Reds have been tearing up Europe with a talented midfield trio, captain Jordan Henderson sitting right at the heart of it. Zakaria could be added to an exciting pool of options, while it has also been reported that he could come in as cover at centre-back.

Would he fit? Zakaria would excel in Liverpool’s midfield, and would be a useful part of an already outstanding team. The question is whether he would play, with Klopp already possessing a midfield full of talent and options galore.

Should he join? Maybe. It also seems hard to see Zakaria turning down the Reds, but if he would go to Anfield to simply be a rotation player and not make it into the first team, it simply isn’t worth it for a player too talented to sit on the bench. 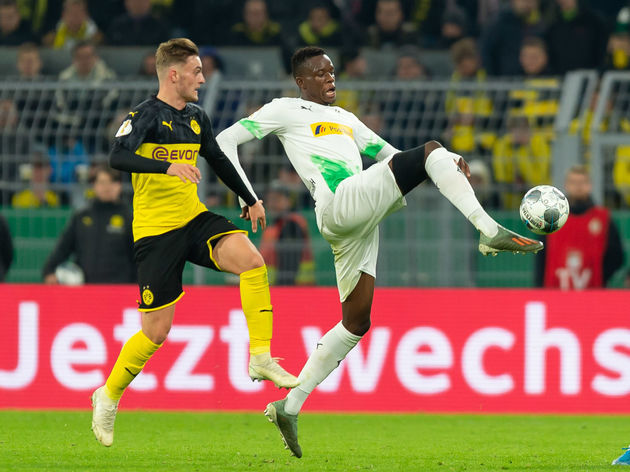 Another one of the top options that would keep Zakaria in the Bundesliga, Borussia Dortmund are also interested in signing the midfielder. The Swiss would be right at home at the Signal Iduna Park, joining fellow countrymen Roman Burki, Manuel Akanji and Marwin Hitz.

Lucien Favre – another Swiss who could lure Zakaria to Dortmund – has built the Schwarzgelben around a solid midfield, currently made up by Axel Witsel and Emre Can. Zakaria may be tempted by staying in Germany, in what would be a short 100km journey across the country.

Would he fit? Zakaria would definitely fit in, and would benefit from the familiarities of the Bundesliga. He has already proved himself on German shores and shown what we could do, and would certainly do well were he to choose Dortmund.

Should he join? Maybe. BVB offer a comforting option to Zakaria and an exciting one, and while there may be more space for him there a move abroad may benefit him more. It’s a pleasant dilemma for the Swiss to have, one which he could be resolving in the summer.