When you're playing at the very top of your game, rumours of a move away from your current employers are inevitable - and in the case of Ajax goalkeeper Andre Onana, there is no exception.

The 24-year-old has emerged as one of Europe’s most exciting young keepers and his strong performances for the Dutch giants have attracted attention across the continent.

Barcelona are one of the big names that Onana has been linked with, a club where he spent five years as a youth player before moving to Ajax. Paris Saint-Germain are also tracking him and Tottenham have expressed interest, but it is over in west London where Onana has been most heavily linked.

And that's with Chelsea. 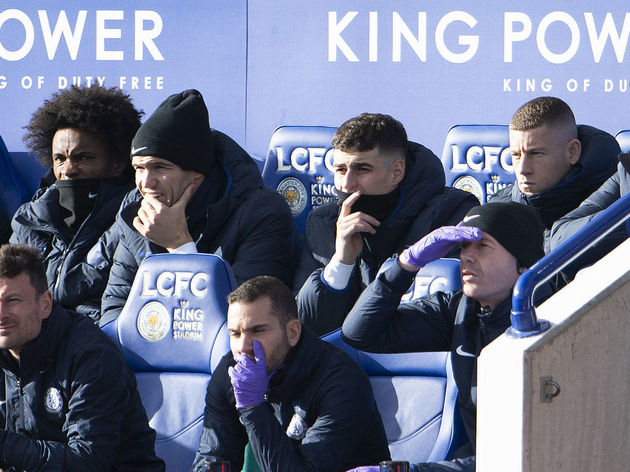 The Blues were put in a rather difficult position this season as a result of the form - or lack of it - of first-choice stopper Kepa Arrizabalaga. A series of high-profile mistakes throughout the campaign saw the Spaniard dropped for six consecutive matches, replaced by veteran keeper Willy Caballero, and resulted in his ability being called into question.

There was also concerns publicly raised by head coach Frank Lampard, with talk of replacing Arrizabalaga and finding a new number one keeper doing the rounds just a year-and-a-half after his arrival at Chelsea.

That’s where Onana comes in.

The Blues could be looking for a new goalkeeper ahead of the new season, and Onana - perhaps unsurprisingly - is said to be on the radar. His performances and stats prove exactly why.

Onana has played all but one of table toppers Ajax’s Eredivisie games this season, conceding just 0.9 goals per game with a save percentage of 71%. He's also kept a total of eight clean sheets – at a rate of 32% - which is the third highest in the league.

In the Champions League, Onana recorded five clean sheets in ten appearances, stretching back to the third qualifying round. The Cameroonian's numbers are all the more impressive when you compare them to Arrizabalaga.

Chelsea’s goalkeeper has played almost an identical number of league games, though his individual stats differ greatly from Onana’s. Arrizabalaga has conceded 1.3 goals per game and saved just 57% of the shots he has faced, a division low. Six clean sheets in 25 appearances gives him a rate of 24%, the eighth lowest in the Premier League.

The stats differential between Onana and Arrizabalaga tell very contrasting stories, ones of their respective seasons and outline why Chelsea are considering making the switch in between the sticks.

Onana is a fantastic goalkeeper, could work wonders for the club and would likely be a welcome sight at Stamford Bridge. But Onana is also a player that Chelsea should avoid signing.

The argument for opting against Onana has nothing to do with his ability, as his 2019/20 statistics suggest that he is one of Europe’s best goalkeepers.

It’s about staying loyal and keeping faith in Arrizabalaga.

Yes, there was a time when the Spaniard's errors had become too much to tolerate - ​his inexplicable mistake against Newcastle as a case in point - and Lampard had every right to drop him in favour of giving Caballero a run in the team.

But it’s unfair for Chelsea to turn their back on Arrizabalaga after a bad patch of form, however extreme and costly his mistakes were. After all, the Blues paid a record-breaking £72m for him - no team has ever spent more on a goalkeeper - back in August 2018. Splashing that kind of cash on someone is not done on a short-term whim, it's a move sanctioned as a long-term investment.

And that's what Arrizabalaga is - a long-term investment.

He is just two years into a contract that runs until 2025, giving him another five seasons to justify his worth and develop into the world class goalkeeper that Chelsea thought he would be when signing him.

Disposing of the Spaniard would be a betrayal to the player and the club, and an almighty waste of significant cash. Historically, Chelsea have developed an unwanted reputation for lacking any kind of patience and trust, reflected in wading through nine managers in the last decade alone.

Lampard’s appointment marked a change in mindset and the start of long-term thinking, yet reversing that and moving on from Arrizabalaga would be contrary to those beliefs. Chelsea spent their money wisely and need to be patient to enjoy the fruits of their labour, recognising that Arrizabalaga was an excellent signing. He has proven himself before and shown his class, following a superb debut season that resulted in Europa League glory.

The club also shouldn’t forget that Arrizabalaga put an end to his recent woes when he was recalled for the 2-0 FA Cup win against Liverpool. The 25-year-old produced an outstanding display against the European champions, making five saves and keeping Chelsea’s first clean sheet in nine games.

He followed that up with another solid display five days later, making it back-to-back clean sheets in the 4-0 win over Everton. Those two games perhaps showed that not only does Arrizabalaga have the ability to overcome slumps in form, he has the right mentality and focus to bounce back and be even better than he was before. That display of courage should be enough to convince Lampard - and the club's hierarchy - that Arrizabalaga is worth persisting with. The peak years of a goalkeeper often come as a player heads towards their 30s, so time is very much on his side. Discarding him now would not only set the player himself back, but also the club's new found devotion to developing youth.

Chelsea don't need to sign an exciting keeper like Onana, because they already have one - and they would be wise to invest their time in pursuing other targets.