FFP limits would ordinarily have made it difficult for Real to successfully land Mbappe and stay within the rules, but an expected slackening of the regulations intended to help all clubs navigate these difficult and uncertain times will boost their chances. 90min has been told with any deal for Mbappe is likely to cost in excess of €230m and weekly wages to come in at around €575,000 on top of that. Real could manage that kind of expense, but pulling it off and still adhering to FFP guidelines would have been a struggle.

The reverse side of the same coin, however, is that PSG would also suddenly have greater freedom to invest in order to keep Mbappe in Paris.

90min has previously reported that Real have eyes on midfielders Paul Pogba and N’Golo Kante in addition to France colleague Mbappe. Gossip from Spain this week suggested Los Blancos may wait until 2021 for Mbappe as part of an attacking overhaul that also includes Erling Haaland, but an Mbappe approach looks as though it could be possible this year instead.

It is an ambitious plan, but the Mbappe/Pogba/Kante trident is a recruitment plan inspired by Zidane. It is hoped that bringing in those three to complement an existing crop of young stars, all the while moving on the likes of Gareth Bale, Luka Modric and Toni Kroos – all of whom are over 30, will be the push Real need to get back to the forefront of European competition. 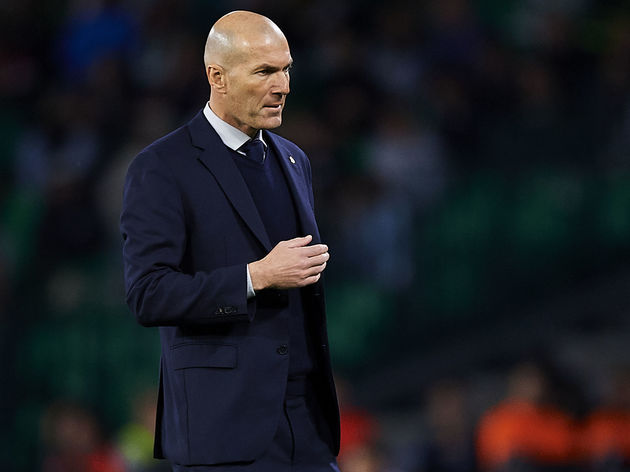 In an attacking sense, Mbappe is the top option. But 90min has been informed that Real also have a list of secondary options. Contrary to reports, Sadio Mane is not one of them, but rather Liverpool teammate Mohamed Salah. Liverpool’s determination not to break up their front three would obviously be a major stumbling block if Real were to go down that path.

Arsenal captain Pierre-Emerick Aubameyang is another secondary option, but not a priority. 90min revealed earlier this week that the Gunners could look to cash in on the 30-year-old while they still have a chance as he is out of contract next year and they are not keen to offer him an improved new deal amid the further financial strain the coronavirus crisis is threatening to bring.