On Tuesday 7 May 2013, Arsenal's grip over the women's game in England began to loosen.

The Gunners had won nine successive titles and had not lost in the league for 21 months when they suffered a 4-0 humbling in their season opener.

Not only had Arsenal's title defence got off to a catastrophic start, but they had just lost to Liverpool - the side that had finished a mammoth 29 points behind them the previous campaign, winning just one game all season. The tide was turning. ​Arsenal were always considered pioneers in the women's game, but suddenly their efforts looked insignificant in comparison to what the Reds had started doing.

​Liverpool had become the first women's side in the country to go full time. In 2013, Arsenal still only trained twice a week. It would be another five-and-a-half years before the WSL would go full time.

During Liverpool's 4-0 win over Arsenal, what was particularly significant was who was on the scoresheet. 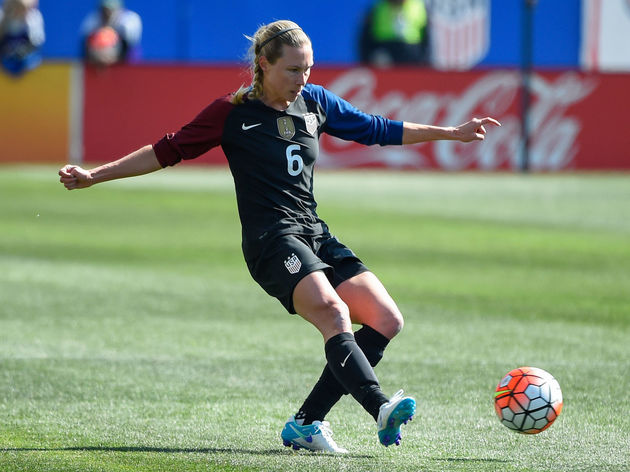 Kelly Smith was arguably Arsenal's most exotic player. And she was English. She'd just spent the last three years in Boston (Massachusetts, not Lincolnshire).

​TottenhamMuch like these signings 25 years earlier, Liverpool's transfer policy would eventually force other clubs to cast their nets further afield.

The following summer, ​Chelsea signed South Korean midfielder Ji So-Yun, who has consistently been one of the WSL's standout performers ever since.

USA World Cup winners Heather O'Reilly and Crystal Dunn would also both go on to grace the WSL, and international superstars Vivienne Miedema and Sam Kerr are two of a number of world class overseas players now representing WSL sides. Liverpool also raided rivals ​Everton for trio Natasha Dowie, Lucy Bronze and Fara Williams. Dowie finished as the league's top goalscorer the following season, Williams scored pivotal goals in the 2013 and 2014 title race, and Bronze has done alright for herself.

Liverpool's investment in the women's game would be instantly rewarded. Matt Beard's side won the WSL in 2013, and dramatically defended their title on the final day of the 2014 season.

The Reds had stopped the Gunners from having it all their own way. Pre-2013, the top players in the country would all congregate at Arsenal. They were the place to be, the club to fear. Liverpool had thrown a spanner in the works, and raised the bar for others to follow. Chelsea would sign Gilly Flaherty and Katie Chapman from Arsenal the next summer.

​Manchester City women were granted a WSL licence and went full time. This enabled them to tempt Steph Houghton away from Arsenal and Jill Scott away from Everton. Nearly seven years on from Liverpool's victory over Arsenal, the women's game in the UK has evolved drastically.

Of course things aren't perfect - contracts are short and players aren't afforded a great deal of financial security, and not all clubs are blessed with the facilities to reflect their professional status.

But all WSL clubs are full time and fully professional. The league is awash with the finest footballing talent from across the globe. And it's bitingly competitive; Arsenal certainly don't have it all their own way anymore. A