​Manchester City celebrated their 126th birthday on 16 April 2020. Whether Yaya Touré sent them a cake is still unknown.

The transformation of the Citizens has been quite sensational. In 2005, things looked bleak - we’re talking Georgios Samaras bleak - but City would soon flex their financial muscle and now have the glitz and glamour that comes with multiple league and domestic cup successes.

Here’s a look at 17 ​Manchester City records you should jot down.

Club legend doesn’t come close when talking about Alan Oakes. His appearance record will take some beating, with the former midfielder renowned as the club’s greatest ever servant and his legacy firmly written in City folklore. 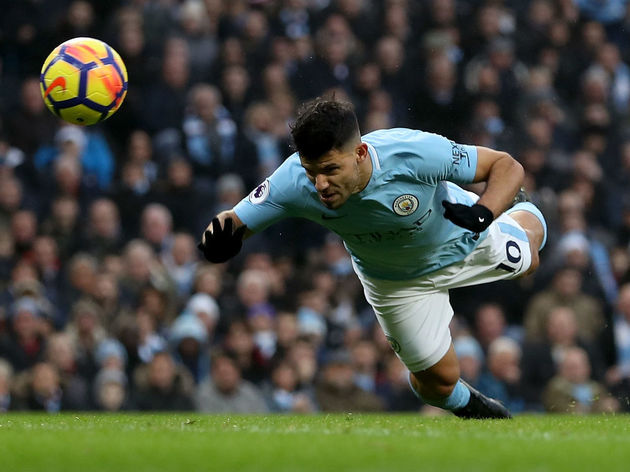 It was always going to be Aguero(ooooooooo).

The Argentine become the club's all-time leading scorer after netting his 178th goal against Napoli in the Champions League back in 2017.

Before Aguero, the record was held by City legend Eric Brook.

This is a record that Aguero has come close to beating over the years, but it will take a truly tremendous feat to surpass Tommy Johnson’s haul of 38 goals in all competitions for one season.

If you’ve scored 108 goals in one league season, then chances are you’ve had a very good campaign. This was certainly the case for ​City in 2001/02, when they secured promotion back to the Premier League, as well as 1926/27, when they, er, came third in the Second Division.

In 1962, then 15-year-old Pardoe made his debut against ​Birmingham, and it’s a record that still stands to this day.

Pardoe is actually the cousin of City’s all-time appearance holder Oakes, and Pardoe’s grandson is 18-year-old Thomas Doyle who also plays for the Sky Blues, making his debut in Carabao CupSouthampton

This record is pretty breathtaking for two reasons - firstly, how the hell can you play first-team football at 49? Secondly, Meredith is also Manchester United’s oldest ever player.

Meredith joined the Red Devils in 1906 when he was 32 and left in 1921, finishing his career at City and becoming their oldest ever player in the process at the age of 49 years and 245 days. So the previous season was perhaps one of the lower points in City's history, but thankfully they were able to avoid third tier obscurity by achieving promotion at the first attempt.

A play-off final produced one of the most dramatic five-minute periods in the club's history, with Kevin Horlock and Paul Dickov both scoring in injury time against Gillingham before the Citizens sealed the win on penalties. This will probably be broken again in the very near future, but for now it’s former Atlético Madrid midfielder Rodri. The Spaniard joined City in the 2019 summer window on a five-year contract. Danilo moved to City in 2017 from Real Madrid but it never worked out for the Brazilian. In 2019 he was sold to Juventus for a fee of £34.1m, which was strangely part of City's deal for Joao Cancelo, who hasn't featured regularly since joining.

This record will be fresh in the memories of ​City and ​Schalke fans. It saw City cruise into the last eight of the Champions League. The side that looked like they might match Arsenal's unbeaten legends, this was the season City asserted their dominance on the Premier League, becoming the first team to reach 100 Premier League points in a single campaign.

The streak came to an end when they lost 4-3 to ​Liverpool.

McDowall was appointed City manager in 1950 and enjoyed 13 seasons with the Sky Blues. He was at the helm for 592 games, winning the FA Cup in 1956, and is considered to be one of the club’s greatest managers. Coppell became City boss back in 1996, a job he would quit after only 33 days in charge. The former Brighton coach managed six games during his time as manager and left the club on health grounds.

84,569 fans went to Maine Road to watch City in an FA Cup match against ​Stoke in 1934. It puts City second on the list for record home attendances of English football clubs, after ​Tottenham vs Bayern Leverkusen saw a crowd of 85,512.

The 1995/96 season saw City relegated from the Premier League and it came as no surprise after they recorded eight defeats in a row from 23 August to 14 October 1995. It what can only be described as a formidable season, City went the distance in 2018/19 and scored 169 goals in all competitions.

Guardiola delivered a tactical masterclass as those 169 goals helped City to a domestic treble, winning the Premier League, FA Cup and Carabao Cup.