A Celebration of Aaron Lennon: Tottenham's Great Entertainer Who Terrorised Every Full-Back

​You always remember the first player that you got on the back of a football shirt. Some at 90min had Eric Cantona, Chris Sutton, Julian Dicks; others (Krishan Davis) had their own name. For me, it was Aaron Lennon.

'He's been the most popular this summer', I remember the man at Spurs' club shop saying when I got the shirt printed in 2006. Little wonder, either. Lennon's first season at Tottenham - his first full top-flight campaign - ended with a call-up to the England squad for the World Cup, despite being uncapped beforehand. Wasn't a work experience call-up like Theo Walcott's, either.

Lennon was one of the star attractions of Martin Jol's ​Spurs side that are still loved today - he would beat his man 100% of the time, but complete 0% of his crosses (these stats aren't Opta-verified). ​Raheem Sterling

Tottenham had been starved of excitement since the departure of David Ginola in 2000, starved of a good football team since the days of Paul Gascoigne and Gary Lineker. Spurs' sudden explosion brought pride back to N17, and Lennon was the poster boy of a new vision - young, fast, exciting, not quite ​Champions League quality yet. 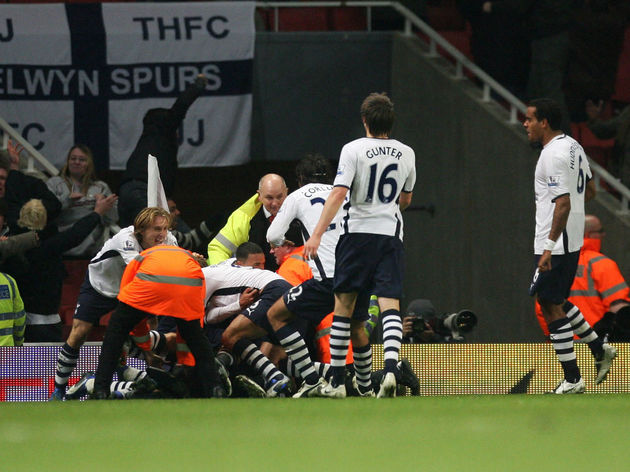 At some point in the late 2000s, Lennon was the favourite player of every Spurs fan. If you didn't unconditionally love him for his late equaliser against Arsenal in that 4-4 draw, you unconditionally loved him for skinning defenders every single week (again, it helps to ignore what happened after that). When you heard the clink of the seats at White Hart Lane, when I heard my dad shout 'ROAST HIM!', it was because Lennon was on the ball.

Harry Redknapp, a man whose adoration of the 4-4-2 was surpassed only by Mike Bassett, arrived at Spurs in 2008, and it coincided with Lennon's peak. He was now maybe not the most dangerous player on the pitch - he averaged only 2.6 goals a season at the club - but almost certainly the most feared. No full-back was going to stop him, no team was going to want to afford Spurs space for him to run into.

Lennon's weakness was his limitation. For all of the dribbles completed and all of the floated cut-backs in the world, he wasn't as effective enough to be the star of a Champions League Tottenham team. That was fine. 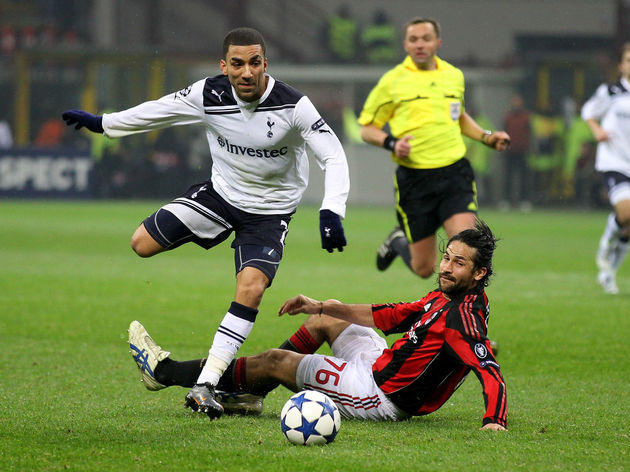 The quality surrounding Lennon meant he could still play his own game and sometimes even fly under the radar. Goals against ​Liverpool and ​Arsenal, his run to set up Peter Crouch away at Milan, his continued torture of every defender in his path (looking at you, Patrice Evra) meant he was still a useful part of Spurs' attack.

But with each passing year, his influence was waning. The age of the old-fashioned winger was over, and if you couldn't be a nuisance in the middle of the pitch, you'd better be a top-tier nuisance out wide. Lennon had become just another footballer by the time he left Spurs for ​Everton in 2015.

Heartbreak over his departure had been softened because he wasn't what he used to be. But when news broke a couple of years after that Lennon had been detained under the Mental Health Act 2007, that's when it all came gushing out. Now aged 33 - which isn't right, Aaron Lennon should always be 21 - it's amazing to still see him turning out in the ​Premier League for ​Burnley, and more importantly, in a better place. His openness about personal struggles have opened the door to other footballers, they've made some fans far more empathetic with the lives of professional athletes.