Throughout their 115-year history, Chelsea have become one of the biggest clubs in world football and have enjoyed some lows but many more highs since they started life in 1905.

Here's a look at some of the club's records that you need to know.

Chelsea's highest appearance-maker is ex-captain Ron Harris. The English defender managed to notch an impressive 795 appearances for the club during his 19-year stay at Stamford Bridge. Lamps managed to reach double figures in 10 straight seasons for the club on his way to surpassing Bobby Tambling's record of 202 goals. Not bad for a midfielder.

In what proved to be his final season at Chelsea, Jimmy Greaves managed to hit the back of the net a sensational 43 times.

Greaves' 41 league goals that season are also a record for most league goals scored in a season for the club, with both records holding up almost 60 years later.

On their way to the club's third ​Premier League title, Chelsea managed to hit the back of the net an incredible 103 times in 38 league matches during the 2009/10 season.

In José Mourinho's very first season in charge at Stamford Bridge, Chelsea set the record for least goals conceded with a staggering 15, breaking not only the club's record, but also the Premier League's own record. Not only the club's record transfer fee but also the most expensive goalkeeper of all time, the Blues signed Kepa Arrizabalaga from Athletic Club to replace the departing Thibaut Courtois. Over 11 years with Chelsea, Petr Cech broke many records at the club.

Making 494 appearances for the Blues, the goalkeeper managed to keep 228 clean sheets. 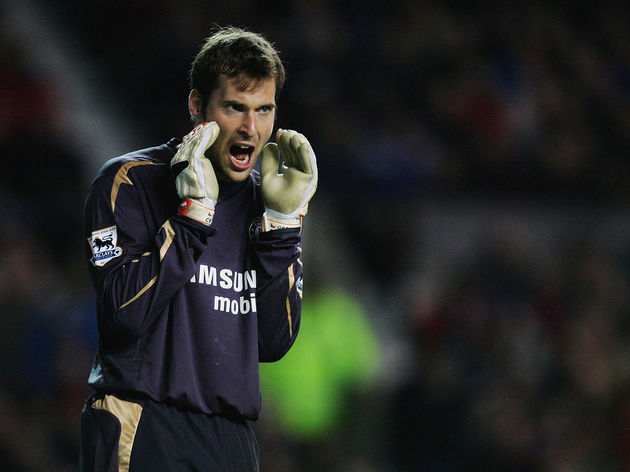 Another of Cech's records, the Czech goalkeeper managed to keep an astonishing 24 clean sheets during the 2004/05 season, setting a league record as well as a Chelsea one.

In the 1971/72 European Cup Winner's Cup first round, Chelsea hammered the Luxembourg side over both legs, with the aggregate score finishing 21-0.

Chelsea's biggest ever defeat came at the hands of ​Wolves back in 1953. The record stands strong almost 70 years later.

Chelsea's biggest Premier League defeat was a 6-0 thrashing at the hands of ​Manchester City in 2019.

Although the Blues had an estimated attendance of 100,000 against Dynamo Moscow in 1945, the highest ever official attendance the club have registered was against ​Arsenal back in 1935.

Although Chelsea have become known for their lack of patience when it comes to club managers, with no manager lasting longer than three years at the club since Roman Abramovich bought them back in 2003, it wasn't always like that.

Starting in 1907, David Calderhead managed the team for 26 years and managed a staggering 966 games for the west London side.

Danny Blanchower took charge of 32 games for Chelsea and is statistically the club's worst ever manager.

Chelsea's worst ever finish is 18th in the Second Division and came in the 1982/83 season before the Blues bounced back, finishing first the very next season.

168 days after his 16th birthday, Ian Hamilton became the club's youngest ever player, playing against ​Tottenham in the First Division. On the final day of the 2013/14 season, Mark Schwarzer played for Chelsea against ​Cardiff City, becoming the oldest player to ever play for the team at the age of 41 years and 218 days.