​One can dream, can't they? And in regards to Arsenal and any potential incomings, 'dream' has been the primary word used when any fan of the club lists a player they'd like to join the Mikel Arteta revolution.

Every man and his dog is fully aware that significant changes need to occur in north London for the Gunners to stand any chance of rediscovering the wonders of a fourth-place finish and to avoid slipping into the Europa League AGAIN.

While ​Arsenal's academy continues to play a key role in the club's future, the glaringly obvious areas of improvement need addressing both to appease the disillusioned fanbase, as well as provide Arteta with some chance of reinvigorating a club who've fallen by the ​Premier League wayside.

Within reason - given the pitiful budget the club has - we take a look at what sales and signings could be made to inject some much-need life back into the squad and attempt to push the club back up the league table. Where to start? Only a couple of areas in the starting lineup are nailed down, and even in some of those cases, there are no ready-made backup choices to fill the void if injury or suspension occurs. So, let's take a look...

Nathan Ferguson - With Hector Bellerin the only recognised right-back in the squad, there is desperate need to reinforce. Highly regarded in England for his performances at West Brom, Ferguson could be a decent (and free!) addition. Free (With Tribunal Compensation)

Thomas Partey - This rumour has been lingering for some time, and with a £43.5m release clause, money from player sales will make this a deal worth pursuing. He'd need convincing of the project, but his box-to-box and combative style would suit the midfield. £43.5m

Corentin Tolisso - With Bayern Munich willing to offload the French midfielder in the summer, hopes of rediscovering the player he was before his long-term injury have European clubs on high alert. Even more so, the supposed asking price is so low it'd be foolish to not investigate. £25m

Willy Boly - Yet to sign a new deal at Wolves and with just one year remaining on his contract, Arsenal could do with a commanding defender like 29-year-old Boly to add steel to a frail backline. £25m 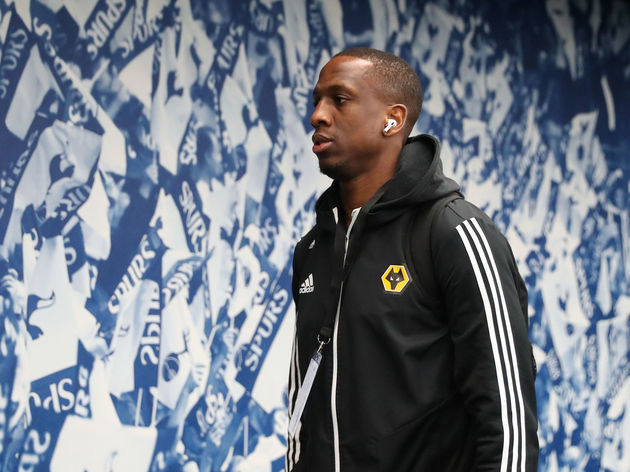 Ryan Fraser - After everyone has let out a collective groan, the fact is, Arsenal need another left-winger and they won't get anyone cheaper. This season hasn't lived up to the heights of his last campaign, but maybe, with better quality players around him, he can shine again. This is where Arsenal are at now. Free

Pablo Mari - In no way, shape or form the defender to answer Arsenal's issues at the back, but, for the fee in question, it's likely Arteta will make the move with William Saliba already incoming and all other central defenders costing £500m at least. £13m

William Saliba - Rarely does a player have more pressure placed on his shoulders without having even kicked a ball. Seen as the 'messiah' despite only being 19 years old and never having kicked a ball in England, it'll be interesting to see how this one works out. Already Bought All of the above hinge heavily on what funds can be raised through player sales. Sadly, as has been seen far too frequently over the past few seasons, the players who would command decent transfer fees have run their contracts down - so it's pretty slim pickings.

Shkodran Mustafi - Three-and-a-half seasons since his move to north London, Mustafi's reputation as a top drawer central defender has plummeted as fast Arsenal's credibility across Europe. Needs to go. £12m

Sokratis Papastathopoulos - Signed three years too late in his career, Sokratis is another player whose performances have gradually worsened. Now 31 it's unlikely that he'll command a decent fee, but it's something. £6m

Konstantinos Mavropanos - Unlikely to come back and challenge for the first team. Accrue whatever possible. £6m

Granit Xhaka - Without a doubt the most improved player under Arteta's tutelage, the fact that a new-look Xhaka could draw a decent profit might be an opportunity too great to refuse. With midfield targets in sight, the Swiss could be moved on. £20m

Mohamed Elneny - His time at Arsenal will likely come to an end as soon as someone offers any sum of money for him. The Premier League isn't his level, but at somewhere else in Europe he could offer a decent midfield option. £6m Ainsley Maitland-Niles - While no fan likes to see an academy product fail to make the grade, it's clear that Arteta has not been impressed by Maitland-Niles. The opportunity to play in his preferred midfield role elsewhere could see a mutual departure occur. £8m

Henrikh Mkhitaryan - Everyone is wishing Mkhitaryan all the best at Roma, simply because that means they might stump up the money and buy him. Thus far, he's doing just that, so hopefully, the club and player see the loan as a longer-term option. £10m

Sead Kolasinac - Tough one to call given the improvements he's shown under Arteta, but as one of the few players in the squad who could earn the club a profit - as well as remove his big wages from wage bill - it might have to be done considering Kieran Tierney is now back and fit. £15m

Dani Ceballos - Has impressed in patches while on loan, but with Real Madrid likely to seek upwards of £35m for him, it's a move that will likely out-price the Gunners for a player who won't meet the requirements. End of Loan

Cedric Soares - While intended to come in as backup for the rest of the season, the fact Cedric was injured and incapable to do so begs belief. Arsenal already spent £5m on the loan, but they shouldn't make it permanent. Not the standard required. End of Loan