​Former Manchester United manager David Moyes has recalled the three big-name players he tried to sign during his time at the club.

Moyes was chosen by Sir Alex Ferguson to be his replacement at Old Trafford back in 2013, and left ​Everton to join United after a decade in charge.

The Scot’s appointment was hotly anticipated among fans, but it didn’t pan out the way they wanted and Moyes didn’t last a full season in charge at ​United. He was sent packing during the 2013/14 season with just one accolade to his name - he had the third-shortest managerial stint in the club’s history, after only seeing through ten months at the helm. Seven years on from his ordeal, the now West Ham boss spoke to ​beIN SPORTS’ Richard Keys and Andy Gray and recalled some of the transfers that got away during his career.

“At the time we [Manchester United] were very much after Gareth Bale and Cesc Fabregas but I’ve got to say prior to that, at Everton, we were really close to a lot of good players. We just couldn’t quite get them over the line on several occasions.”

He added: “Toni Kroos would certainly be the one [to Manchester United]." Both ​Gareth Bale and ​Toni Kroos play for ​Real Madrid and it would have certainly broken the bank to get them to the club.

Moyes was also pressed on the time period he felt it would take to get players back up to speed once football returns, with the news that Premier League chiefs have advised clubs to get players ready to return to training at the end of May.

“I think that four weeks would be ideal. But I think three weeks will be the maximum we get," he said.

He added: “I don’t see it being like a close season where players have a good holiday for three or four weeks… I think the players will have kept themselves in better condition so I would hope that we could start a bit quicker.” 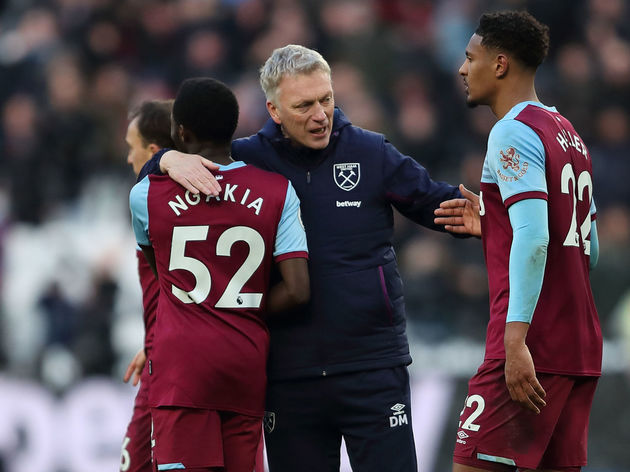 The ​West Ham manager will be keen to get the season back up and running again as he looks to steer the Hammers away from a relegation battle, with his team currently 16th in the Premier League on 27 points,