How West Brom's Masters Football Team Would Look in 2020

With football on an enforced break at the moment, it's no surprise that fans have been looking back to the past to entertain themselves.

And one iconic thing that some fans may remember is Masters Football. You know, when ex-players filled arenas with supporters excited to see their heroes play six-a-side on that symbolic blue pitch.

Anyone remember Masters Football that used to air on @SkySports?! If only that made a comeback! Classic.

So before we dive in and pick a team to represent West Bromwich Albion, here are the restrictions we've placed on the selection of players.

With that sorted, let's put together an all-star Baggies team... 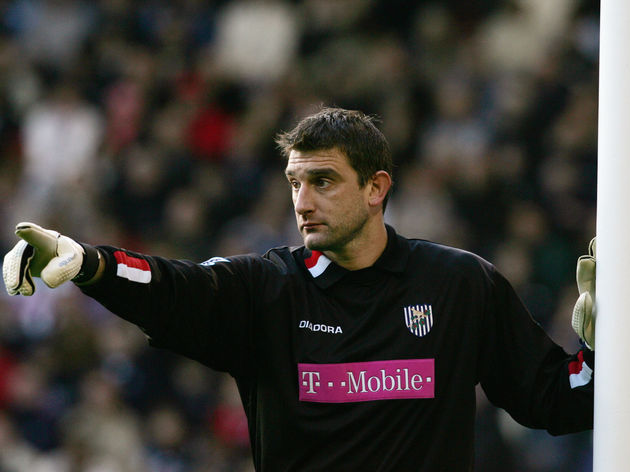 Club Highlight: Saving Dion Dublin's penalty away at Aston Villa to save his team from defeat.

A constant presence in both the ​Premier League and Championship, Hoult played his part in both helping the Baggies achieve promotion and stave off relegation.

He'd be pretty reliable in goal and would gee up the crowd at every possible moment. Just what you need for Masters Football. Club Highlight: Telling José Mourinho to 'f*** off' in the Stamford Bridge dugout.

Club Lowlight: Being reminded he was a 'Mickey Mouse' player by Mourinho beforehand.

Honestly, we'd love to see Olsson back on the pitch, just to observe all that wonderful hair again.

The Swede's playing style wasn't quite as elegant though, and he wouldn't be afraid to kick the s*** out of any player who tries to showboat against him. No wonder Tony Pulis approved of him.

Club Highlight: Saving the club from relegation with ten goals in 13 games.

Another player famed for his flowing hair, Sneekes was a cult hero for Baggies fans, with his powerful strikes a trademark of his game.

He's captained West Brom in the Midlands Masters edition already and would still be a superb choice in midfield, providing that Dutch flair you rarely find among those who played at the Hawthorns. Club Highlight: Winning ITV's goal of the round for his finish against Burnley in the 2009 FA Cup fourth round.

Club Lowlight: Being released by the club in 2010.

The best player from Slovenia before Jan Oblak came along, Koren was a consistent performer for the Baggies.

A player who could create and score, he gave it his all for the club during his three years in the Midlands before joining Hull in 2010 after the team was relegated. 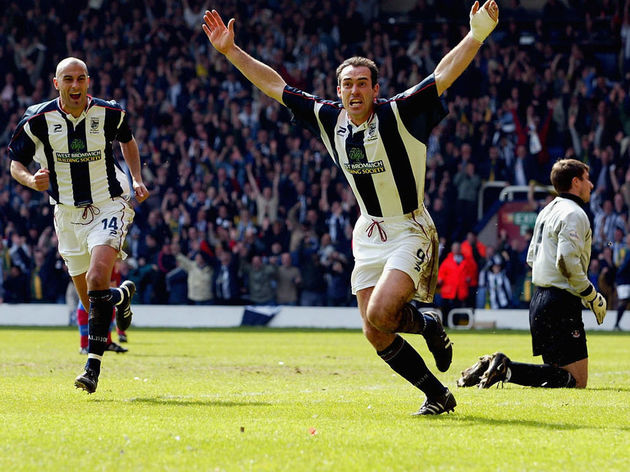 Club Highlight: Scoring an overhead kick in a 4-4 draw against his former club Bolton.

Club Lowlight: Being forced to train with the youth team in 2003.

Known as 'Super Bob' among fans, Taylor was a goalscoring machine for West Brom. He stood up in the big games and scored crucial goals in both derbies and promotion-sealing games.

Every Masters team needs a poacher who can put the ball in the net on demand, and the 53-year-old would be that man for the Baggies. Club Highlight: Scoring a hat-trick in February 2012 against local rivals Wolves in a 5-1 thrashing.

Club Lowlight: Driving all the way to QPR to force a transfer, only to be refused entry.

Given Odemwingie's past, you'd have to ensure the forward isn't near any set of car keys, should he decide to join the ​QPR Masters' team at any point.

When on form, however, the Nigerian was a formidable force and could score at will. He could also beat a man in a one-to-one situation when needed to, and did it in such effortless fashion.

What better way to restore his reputation among Baggies fans than by becoming a dynamic forward for their Masters team? Club Highlight: Winning both the Players' and Supporters' Player of the Year awards for his performances during the 2012/13 season.

Club Lowlight: Being sent off in the second minute against Manchester City because he looked like teammate Craig Dawson.

Olsson's partner-in-crime, McAuley was a superb centre back throughout his time at the Hawthorns and often popped up with vital goals.

The Northern Irishman was a no-nonsense defender and was prepared to do everything possible to stop any opposing attacker. With that mindset, he's tailor-made for the Masters stage. Club Highlight: Winning the 2007 Championship Player of the Year award.

Club Lowlight: Going on a self-imposed strike before the 2006/07 season.

Once ​said to be as talented as Steven Gerrard, Koumas was a mercurial talent who could create something out of nothing.

In his prime, the Welshman was too good for the ​Championship. He was a superb passer of the ball, and had a knack for scoring amazing goals.

With creativity being essential for Masters football, Koumas would be a great fit back in the blue and white stripes of the Baggies kit again. Club Lowlight: Being given the shirt number 43 after Shane Long took his number nine jersey.

Not many knew much about Bednář when he first signed for the Baggies, but the Czech certainly produced some memorable moments at the Hawthorns.

A target man who was a reliable goalscorer for West Brom, he's the perfect route-one option for the team if they want to hoof it long.

Somewhere, Pulis is licking his lips at the thought of managing this Masters side...