United have been linked with Saul on and off for a number of years, but speculation began to grow again in December and has been further reported in March and April.

United have previously been described as ‘increasingly confident’ of being able to strike a deal. But while the player has a £135m release clause, it has been suggested that the Premier League giants don’t envisage spending more than about £70m. The likelihood of any approach would hinge on whether Paul Pogba is still a United player next season. 90min recently revealed there is still mutual interest between Pogba and Real Madrid, although the global coronavirus pandemic will likely limit transfers as some clubs struggle financially.

Even though Saul signed a nine-year contract with Atletico in 2017, gossip originating in Spain has suggested that talks over improving that deal have stalled because the player’s representatives believe him to be worth more than is on offer in Madrid.

If United formalise their rumoured interest, The Sun alleges that presenting Saul with a bumper pay rise is how they would pull off the deal. The tabloid claims United would offer to almost double his current salary from the equivalent of around £115,000 per week to £200,000. 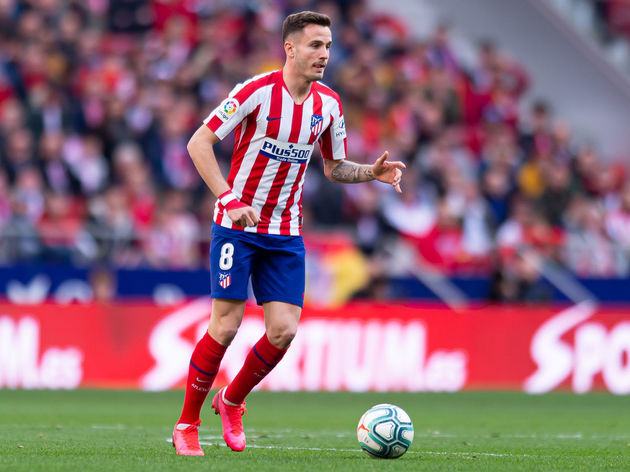 The Sun further claims that United have ‘made it clear’ they want to be kept up to date with any developments regarding Saul’s future plans.

United are one of the few sides who could be in a healthy position regarding finance and transfers ahead of next season, with the Old Trafford club not expected to be hurt by the coronavirus crisis, which is threatening to collapse the transfer market for many teams.

Manager Ole Gunnar Solskjaer has ​admitted that United could ‘exploit’ the situation.

“Who knows how the market is going to react to this?” Solskjaer said. “Who knows which clubs need to sell players? There might be just a situation there where you can exploit, and I know that we at Man United we are one of the biggest, and the biggest, financially well-off.”