How Rangers' Masters Football Team Would Look in 2020

Having brought 35-year-old Steven Davis and 53-year-old Allan McGregor back to the club in recent years as they look to restore former glories, it's pretty clear Rangers love nothing more than a trip down memory lane.

The return of Masters Football, then? Absolutely ideal from an Ibrox standpoint.

Unfortunately, that hasn't actually been announced, so we'll just have to pretend that the famous (well, cult famous) six-a-side tournament for the golden oldies is back in full force, and that Rangers are taking part.

First, a little house-keeping on who is eligible.

Got it? ​Right, time for Masters Football 2020: Rangers edition. Club Highlight: Making 35 brilliant saves against Hearts to keep Rangers top of the league in December 2000.

Klos would have been one of the obvious choices in any case, but the fact Allan McGregor is the club's current number one and Neil Alexander is coaching at Dundee United means there is no real contender to the throne.

The creatively nicknamed 'Der Goalie' was one of the highest-paid players in Europe when Rangers signed him from Borussia Dortmund, but the club didn't regret that for a second.

Well, maybe when he spent ages out injured.

You're cutting your teeth as a reporter in the lower leagues in Scotland, waiting on Barry Ferguson - current manager of League Two club Clyde - emerging from the dressing room. He is evidently issuing every one of his players with a legendary b*llocking.

Well, every one except a 40-year-old Marvin Andrews. The big man is exempt from the team talk, apparently, and is instead gleefully skipping around the corridor singing about how great God is.

That's just what he's like - seriously, have a look at his ​Twitter. Anyway, he was pretty excellent for Rangers in 2004/05, before God's plan (injuries) consigned him to the sidelines and the lower reaches of the Scottish game. 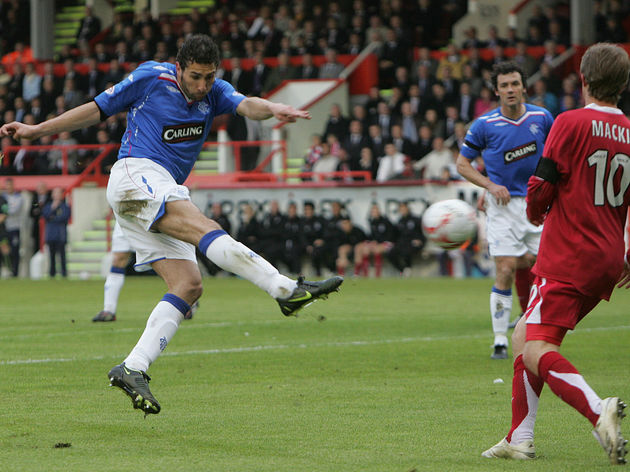 Years Spent at Rangers: 2007-2008
​Club Highlight: Winning the SPL Player of the Year award in his first season, and declaring he wanted to 'stay at Rangers for life'.

Not many players can sign a four-year deal, get sent off for handball in a crucial derby, find themselves heralded as a hero when the resulting penalty is saved, break the club record for appearances in a single season, win both the official and writers' Player of the Year awards, and leave for three times what they signed for, all within the space of 12 months.

But then again, not every player is Carlos Cuellar. Club Highlight: Turning down Barcelona because he 'would prefer to play against Falkirk'.

That's good news for the Rangers Masters team, as Laudrup was very, very, very good. He never looked back after running from the half-way line to assist big Duncan Ferguson on his debut. Years Spent at Rangers: 1995-1998
​Club Highlight: Two great solo goals and a penalty against Aberdeen to secure league title in his first season was alright.
​Club Lowlight: Defecating in Gennaro Gattuso's sock? A bit out of order.

We're going to blow past all the controversy surrounding Gascoigne's off-field antics and focus on one thing: he was seriously good. Arguably the best player to play in Scotland levels of good.

He remains on great terms with the club and it seems his health is back on the up and up; what an ace in the pack he is to have available. He appeared in a cameo for Spurs' legends when they opened their new stadium and you wouldn't have known this was one of the greatest footballers ever. 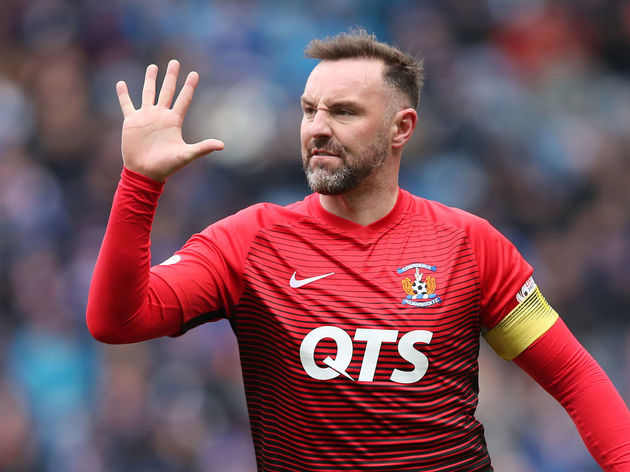 Boyd was a freakishly good goalscorer at Rangers; his 'worst' season for the club saw him net just the 25 goals in 41 appearances in 2007/08, and by the time he left in 2010, he was Scottish football's all-time top scorer - having scored 195 goals for Rangers and Kilmarnock.

The less said about his return to the club while they were wedged in the Championship - which came in the middle of further prolific spells with his boyhood Killie - the better, but although he seems to have tacked on the beef since his prime years, his goalscoring instincts could still prove invaluable. Club Lowlight: Being so successful that no current Rangers captain even stands a chance

Gough's career reads like something mythical to a Scottish football fan. He captained Rangers throughout their famous and unprecedented (until now) 'nine in a row' dominance, played for Scotland at three major tournaments, and scored close to 100 league goals despite spending his entire career at centre-back.

Despite being 58, he's still a charity match regular, but has to settle for a place on the bench since he's by far the oldest player at the tournament. Club Highlight: Sticking free-kicks in the top corner every other week.

What are we gonna do, leave out a guy whose nickname is literally 'The Hammer'? Grow up.

Albertz was monikered after his physicality and explosive left boot, and went on to net 82 goals across his five seasons at Ibrox, despite a prolonged spell at left-back, and spending two seasons under a manager with whom who he famously did not get on. Club Highlight: Scoring from 350 yards to clinch the 2009 Scottish Cup.

Club Lowlight: Everything that's happened since he left.

If Novo's only goal for Rangers was the absolute howitzer that won them the cup in 2009, then he would have left a legend.

It was just one of 73, however. The crafty Spaniard proved the ideal foil for the likes of Boyd and Kenny Miller, and his passion for the club led him to open a pub near Ibrox years after leaving in 2010.