How Hakim Ziyech Could Both Strengthen & Disrupt Chelsea Upon His Arrival

Chelsea had a frustrating January transfer window, failing to bring in any new faces despite their transfer ban being lifted.

All hope looked to be lost for Blues fans, but little did they know that, two weeks after the deadline had passed, their prayers would be answered.

They came in the form of Moroccan winger Hakim Ziyech, who was signed from Ajax in February. The 27-year-old is set to move to west London in the summer once the Eredivisie season concludes, joining an exciting plethora of attacking options at Stamford Bridge.

Ziyech’s arrival is a huge one for Frank Lampard’s side, his potential prosperous and his talent thrilling. His performance in last November’s 4-4 draw with Chelsea was undoubtedly the game that caught Lampard’s eye, and one that led to Ziyech taking the next step of his career.

That night at Stamford Bridge was full of goals, drama and fireworks - and that was just from Ziyech’s performance alone. The Moroccan assisted three of Ajax’s strikes at Stamford Bridge, including a wicked cross into the box headed home by Quincy Promes. He truly shone in SW6, giving Chelsea fans a taste of what was to come - even if they didn't know it at the time.

The performance was a showcase of the best of Ziyech and what he can offer to Chelsea. The Blues have been lacking a truly creative attacking player since the departure of ​Eden Hazard, and while they already have excellent choices among their ranks, the Belgian’s absence has been evident.

Christian Pulisic was supposed to be the answer to taking up Hazard’s throne, but injuries have halted his debut season in the Premier League. Pulisic’s time will come and his quality will shine through - there’s no doubt about that - yet he could truly flourish alongside Ziyech. Ziyech is a hugely influential player wherever he is, shown through his stats this season. He has eight goals and 21 assists for Ajax across all competitions, with seven goals and assists alone in the ​Champions League. Those figures are mirrored in his international career, with 12 goals and six assists for Morocco.

As well as his individual stats, Ziyech successfully pits up against Europe’s finest. In the 2018/19 season, his number of dribbles attempted per game (6.3) was far superior to both Riyad Mahrez and Bruno Fernandes, while he recorded more assists (13) than both Nicolas Pepe and Christian Eriksen.

Ziyech’s versatility will prove crucial for Chelsea, being able to play across the pitch in different attacking roles. Nonetheless, it’s clear that he prefers to play as a central attacking midfielder, often found drifting across the pitch behind the main striker.

Chelsea need a positive attacker with the credentials evident, and have found exactly that in Ziyech. A fresh, experienced and exciting winger, he is the man who can take the Blues’ attack to a new level, one that could be able to compete at the highest level.

While Ziyech’s arrival is overwhelmingly positive, it does pose some difficult dilemmas. Chelsea will find themselves with six attacking midfielders and wingers, providing much needed depth and an array of youth and experience.

But with Ziyech coming in, someone has to go.

Lampard is likely to use Ziyech on the right flank, with ​Pedro and ​Willian both looking likely to leave Stamford Bridge in the summer. But if either one of them signs a contract extension for a year or two, it provides one more problem for Lampard. Ziyech is going to be a starter, and will have to force someone aside.

This season has seen the arrival of the youth revolution Chelsea have been longing for, aiding a breakthrough for Mason Mount and increased game time for Callum Hudson-Odoi. At 21 and 19 years old respectively, the attacking pair have fruitful futures ahead at Chelsea - but Ziyech's arrival ought to concern the pair.

The worry is that Ziyech will push one of - or even both - of these youngsters away from the starting 11 and into the often inescapable trap of loan deals. If Lampard is playing a 4-2-3-1 formation, Ziyech has to push one of them out to play in the attacking three, and that could be costly. 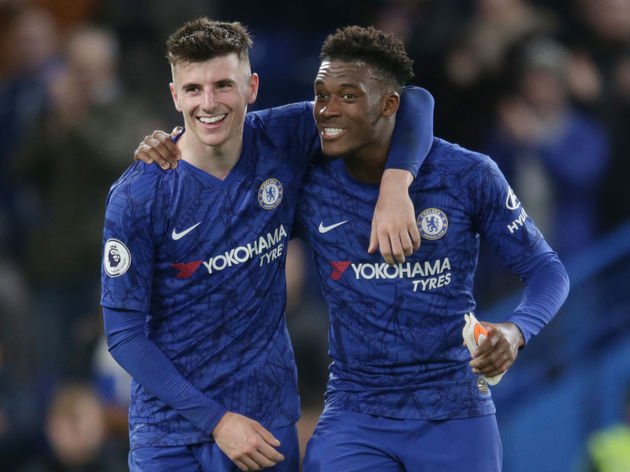 If Ziyech is preferred as an attacking midfielder, it jeopardises Mount’s place in the team. Playing on the wing could condemn Hudson-Odoi or Pulisic to the bench, providing that Chelsea hold onto one of their older wingers for another year or two.

Lampard may be facing an excess of talent, and could be forced to make some challenging decisions.

There are evidently two sides to the arrival of Ziyech. One shows how he will revolutionise Chelsea, strengthening their attacking options and bringing a breath of fresh air to Stamford Bridge. On the other hand, he could hinder the development of the Blues’ talented youth, potentially bringing their time at the club to an abrupt end.

But Chelsea fans shouldn’t worry. Lampard wouldn’t have signed Ziyech if he didn’t have a solid plan in mind, clearly knowing what to do with his squad. Chelsea’s manager will know where to play Ziyech, who has to give way and who will flourish alongside him once the Moroccan has arrived in the capital. 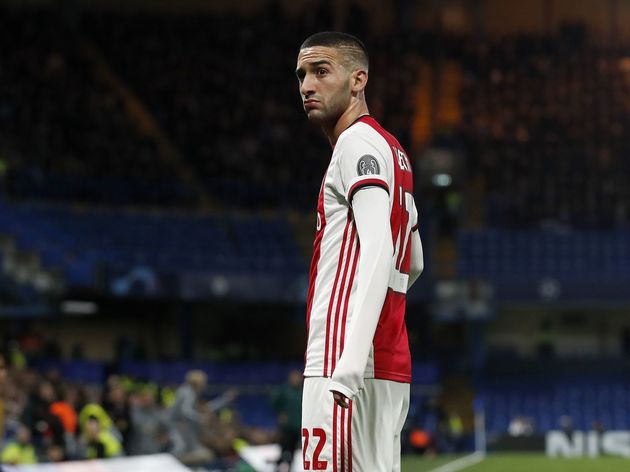 It’s a tricky double-edged sword, but one which inflicts the same resulting success. Ziyech will help Chelsea and will be a positive arrival at Stamford Bridge, one that the Blues will certainly relish when he dazzles for the first time.