Once the sleeping giants of Spanish football, Atletico Madrid have burst onto the scene in style this last decade.

Atletico have become one of Europe's most feared yet celebrated clubs, winning multiple pieces of silverware across various competitions on the continental stage. There are classic games galore from Diego Simeone's side, many that can be relived time and time again.

With the current absence of live football​, here are seven classic ​Atletico Madrid games for Colchoneros fans to relive in their entirety. 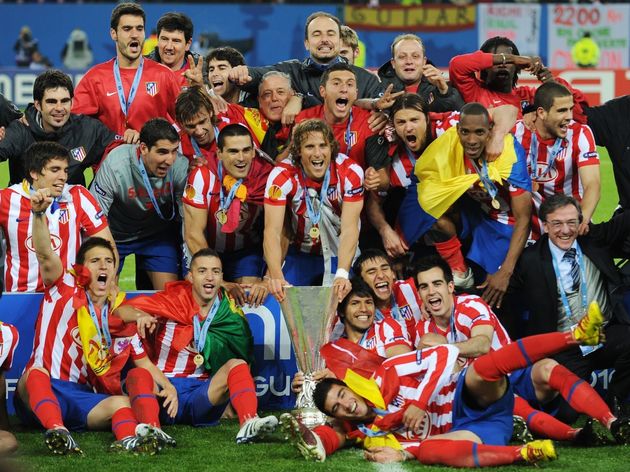 In 2010, Atletico Madrid hadn't won nor come close to a European trophy in 36 years. So when Quique Sanchez Flores' side reached the Europa League Final, it was a once in a lifetime opportunity to bring European silverware back to the red half of Madrid.

​Fulham were the opponents at Hamburg's Volksparkstadion and were also looking for their first Europa League title. Atletico went ahead through Diego Forlan but led for just five minutes, as Simon Davies levelled it up. The game went into extra time, in a tense affair in north Germany.

Finally, four minutes away from penalties, Forlan snatched the winner and the trophy late on. Atletico had made history with their first Europa League win and first European silverware in almost 40 years, and it proved to be the first of many over the upcoming decade. ​Three months after that night in Hamburg, Atletico contested their first Super Cup against ​Champions League winners ​Inter. It was another tense game, with the score goalless after an hour. The late Jose Antonio Reyes then broke the deadlock, putting Atletico ahead in Monaco.

Reyes' goal was all that separated the Colchoneros from the Nerazzurri, before Sergio ​Aguero's 83rd minute strike settled the match. They had won in their first Europa League final appearance, and had done the same in the Super Cup.

Two European trophies in three months was unprecedented for Atletico, winning the same number of European silverware they had won in 107 years. Atletico fans look back on this game fondly, and rightly so: those two trophies marked the beginning of something truly special. 2012 saw Atletico reach their second Europa League Final in two years, this time meeting fellow Spanish opposition in Athletic Club. The people of Madrid and Bilbao took over the streets of Bucharest for one night only, and it was the former who would party on into the night.

A brace from Colombian talisman Radamel Falcao and a Diego goal saw Diego Simeone's men cruise to a 3-0 victory, an emphatic result for a European final. Three goals from six shots on target was close to clinical too, in a fantastic final display from the Rojiblancos.

That was the first of many phenomenal performances from Falcao, a striker with a superb eye for goal. El Tigre was on target in the 2012 Super Cup as well, scoring a hat-trick in the 4-1 defeat of ​Chelsea. 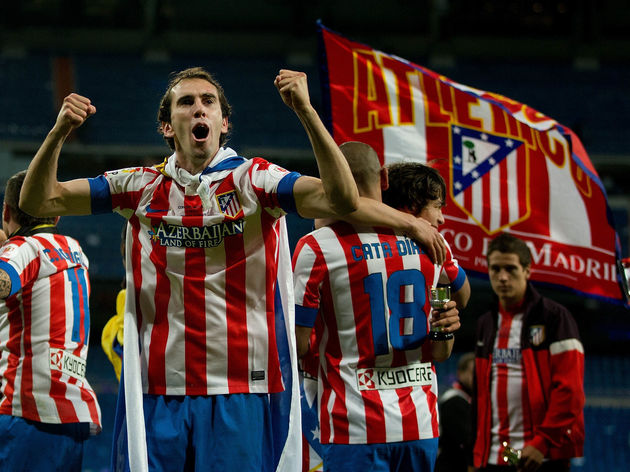 Before the 2013 Copa del Rey Final, Atletico had won the coveted trophy nine times. However, their last triumph had come 17 years ago, losing three finals in that time. When they met bitter city rivals ​Real Madrid in the final, defeat simply was not an option.

​Cristiano Ronaldo inevitably gave Los Blancos the lead on home soil, with the final being played at Real's Santiago Bernabeu. However Arda Turan was on form to equalise before half time, as the game ended all square and went into extra time.

With the clock ticking towards 99 minutes, Atletico centre-back Miranda scored what proved to be the winner in a 2-1 victory. A dramatic Copa del Rey triumph over their city rivals, the Rojiblancos had done it the hard yet sweet way at the Bernabeu. 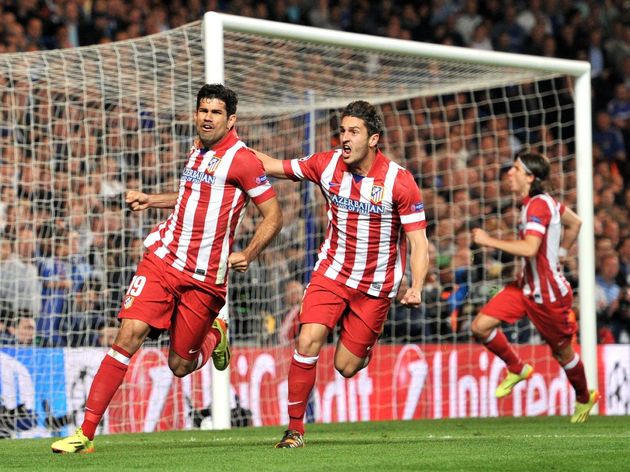 Atletico's European trophy drought was over, but their Champions League hoodoo still needed to be dismissed. They made the semi-finals in 2014, and after drawing the first leg 0-0 they travelled to Stamford Bridge to face Chelsea in the second leg.

It started badly for Simeone, as boyhood Atletico fan Fernando Torres put the Blues ahead. Chelsea's lead lasted just eight minutes, when Adrian Lopez equalised with a pivotal away goal. ​Diego Costa - who left for Chelsea that summer - then put them ahead with a fantastic penalty.

Los Rojiblancos wrapped up the tie soon after, Arda Turan adding his name to the scoresheet. A famous 3-1 win put the Madrid club into their first Champions League final in 40 years, but it wasn't to be as they were defeated by Real Madrid in the final. The theme of trophy droughts should be evident by now, and that was once again the case in ​La Liga. Eighteen years since their last Spanish title triumph, Atletico travelled to Catalonia on the final day of the season to face ​Barcelona, needing just a point to seal the title.

It started badly for the travelling Atletico party, when ​Alexis Sanchez put Barça ahead with a quite delightful finish. The Blaugrana had to win at Camp Nou to win the league, but their title hopes were shattered emphatically by Diego Godin's second half header.

Barcelona fought hard but it wasn't enough, as the final whistle was met by wild celebrations from those in yellow. Atletico's first title of the century was one of the sweetest trophies they had won, ending nine years of dominance from Barcelona and Real Madrid. Atletico reached the Europa League Final again in 2018, their third final appearance in eight years. Marseille were all that stood in between Atletico and their third Europa League, but the French were simply blown away by Atletico's attacking excellence in Lyon.

It was a Frenchman who defeated the French on French soil, as Antoine Griezmann's double put the Rojiblancos in cruise control. Gabi's finish one minute from the end of normal time sealed the win, handing Atletico yet another European trophy.

Atletico's European prowess has been incredible, from two European trophies in 103 years to six pieces of silverware in just eight years. Los Colchoneros are showing no sign of stopping, but for now there are plenty of classic encounters to relive to appreciate Atletico's dominance.