In April 1992, Randy Savage beat Ric Flair for the WWF Heavyweight title at Wrestlemania 8.  Jay Leno made his final ever appearance on the Tonight Show, the Rodney King Riots began in LA, and John Major was elected Prime Minister of the UK.

In history, as it affects sport, entertainment, and the wider world, it was a pretty significant four weeks.

No less so because it's the month ​Sadio Mané was born.

Now, in April 2020, exactly 28 years on from his birth in the sparse Senegalese village of Bambali, he's having documentaries made about him.

 Sadio Mané has starred in his own film about his rise to the very top of football.

The film, titled 'Made in Senegal' documents Mane's humble beginnings and the sacrifices that he had to make to become a professional footballer.

But when you search his name on Twitter, it's not the 'Happy birthday Sadio!' messages, nor is it the avalanche of tweets celebrating his stellar career that take precedence.

No, the first thing you see when you search 'Sadio Mané' is the fact he has solely funded the opening of a hospital in his home town.

Building a hospital in his hometown of Bambali, Senegal 

Sadio Mane is a ⭐️ pic.twitter.com/AwYrhBxLUH

But as much as his warm smile and caring nature have endeared him to the ​Liverpool faithful perhaps more than any other player at present, that good heart alone would not have been enough to get him to where he is today.

Nor would his on-field attributes; his nuclear pace, his deceptive intelligence or his lethal, instinctive goalscoring ability. 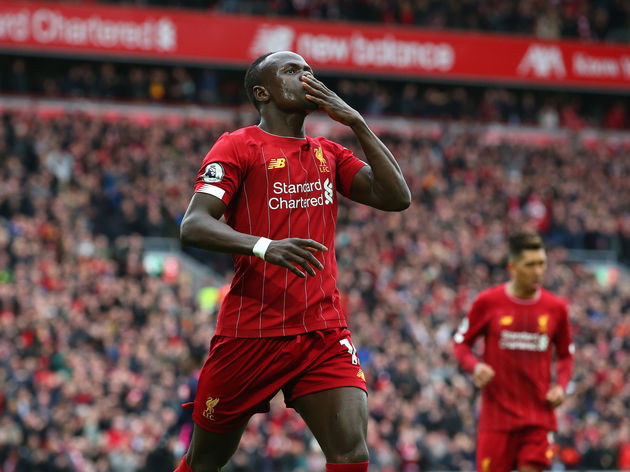 “When I was young my dad was always saying how proud he was of me,” Mané told ​The Guardian.

“It was tough because I didn’t have anyone behind me to push me to achieve my dream. But I never stopped dreaming. It was really brave to leave my family in the village and go to Dakar but I knew that I could be successful.

"After that, my family started to take it more seriously and knew that I didn’t want to do anything else. They knew they had no choice so they helped me.”

Most of us would be playing football today, whether that's for a team or just a friendly kick-a-bout, but circumstances aren't on our side for now.

So how about we play for the NHS instead?

Get on your full kit. ⚽
Use the #SubsForScrubs hashtag. ✅
Tag your mates. ‍‍‍ pic.twitter.com/yla8pONxBf

The trip to Dakar took a 15-year-old Mané, along with childhood friend

His four years with the Generation Foot academy eventually earned him a move to French side FC Metz in 2011; then a big move, despite the fact they were struggling at the depths of Ligue 2.

The rest of it most of us know, but even the inspirationally optimistic and ceaselessly positive Mané could never have imagined the nine-year whirlwind that was at his door.

Came from Southampton for only £34m and one of Klopp first signings made, Sadio Mané has been revolutionary since day 1 and has formed one of the best front 3 in the world with Salah and Firmino. 77G+34A in 161 appearances.

He was snapped up by Red Bull Salzburg within half a season of his senior debut, and it's been a constant stream of goals, and gold, ever since.

He's been so astonishingly consistent ever since exploding onto the scene in Austria, in fact, that his breakthrough year with Southampton in 2014/15 remains his worst statistical season to date; he contributed directly to 22 goals in 40 appearances, and still officially won the Austrian double since he started the season with Salzburg.

Mané was, of course, on track for another exemplary individual season when football was stopped due to the coronavirus pandemic. With 18 goals, he's Liverpool's second top scorer only to Mohamed Salah (20), and if and when football resumes, he is set to clinch his first ever league title in England - regardless of how low that falls on his list of priorities.

How can you not love Sadio Mane ❤️ pic.twitter.com/YI2BFC7pat

He'll do that under a manager who bent over backwards to sign him back in 2016, and in whom he sees a reflection of his own infectiously positive character.

“What makes him special is that he never stops believing,” he said of Jurgen Klopp, when discussing the famous 4-0 victory over Barcelona at Anfield. “In the meeting before the game he was really convinced that we could do it.

"Even though we were missing two of the best players in the world [​Salah and Roberto Firmino]. He pushed the boys hard to give everything possible and tried to take the pressure off us.” With no football to play and no team-mates to celebrate with, it likely won't be as happy a birthday as it could be for Mané.

It won't be getting him down, however. Wherever he is, he'll be smiling away like only Sadio can, waiting patiently for the green light to get back onto the pitch, and do what has made him a modern day superhero to those in Bambali and beyond.