Renato Sanches: The Starlet Who Hit the Heights Too Soon & Now Aims to Get His Career Back On Track

Let's be honest, football fans all want to be that person who 'discovered player X before they became famous'.

A good way of being that hipster, is to follow the annual Golden Boy award, seen as a fast-track towards stardom in the sport. Many from the list of past winners have gone on to become household names, such as Kylian Mbappé and of course, Lionel Messi.

Note that some haven't hit those heights at all, though. The likes of Alexandre Pato and Anderson have won the award too, yet both have failed to fulfil the huge potential they showed early on.

So, in which category does the 2016 winner Renato Sanches fall in? It still feels too early to tell, especially considering he's still only 22-years-old. After all, this is a guy who in the space of a year was thrust into the spotlight, and has pretty much vanished from it just as rapidly.

At the time of winning the award though, many felt he was destined for the top, and everything looked pretty rosy for the Portuguese teenager - he was playing for Bayern Munich, he'd just won the Euros with Portugal, and was primed to achieve more success over a long period of time.

Yet just over four years later, his career clearly hasn't gone the way he had hoped, and now at Ligue 1 club Lille, he'll be hoping to put himself back on track to becoming the phenomenon he once looked like he'd become.

At this point, you'd imagine bemused ​Swansea fans will probably ask: how good was he really? 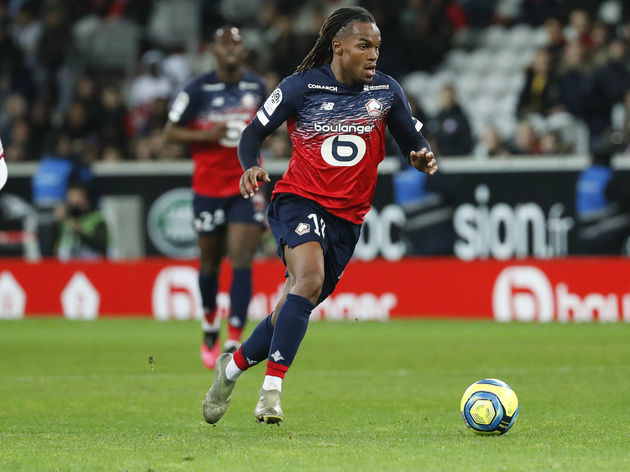 The midfielder made his first-team debut in October 2015, and was quickly rewarded with a new six-year contract just a few weeks later, with a release clause set at €45m. It was quite the statement, that the club rushed to extend his deal so soon, but it would prove to be worth it - when it came to selling him, that is.

And he certainly appeared to justify the extension, with his displays helping Benfica claim a league and cup double during the 2015/16 season, leading to increased interest from bigger European clubs, including ​Manchester United.

But it was Bayern Munich who won the race for the then-teenaged star, shelling out an initial €35m, with the fee going up to €80m if Sanches achieved certain accolades - such as making the World XI of the Year, or winning the Ballon d'Or in the future.

It's laughable now, but that's just how highly rated he was back then.

And soon after, he was starting for Os Navegadores as they won the Euro 2016 final against France, having earlier scored in their quarter-final against Poland, and impressing a much bigger audience with his all-action performances throughout the tournament.

The midfielder was awarded the Young Player of the Tournament for his performances, and became the youngest player to win the tournament at just 18. This was swiftly followed by the Golden Boy award a few months later.

Yet this was the peak of Sanches' career to date, at a level he hasn't come close to reaching since.

So what happened to him from there? How on earth did his stock plummet so low in the football world?

Simply, Sanches never got a chance at ​Bayern. And when he did, he looked a shadow of the confident player he had been only a few months prior.

He only made seven starts in all competitions for the German champions in his first season, with the club's midfield boasting the likes of Xabi Alonso, Thiago, and Arturo Vidal at the time. It didn't help him that his manager Carlo Ancelotti was one who preferred the experience of his teammates, over the youth of the Portuguese prodigy.

And when he did play, he was prone to making errors, some that Swansea fans might remember him for - misplaced passes and a lack of energy. In fact, Sanches was so poor, to the extent that club legend Lothar Matthäus ​listed him among the worst players of the season.

Even so, it was still a huge shock, when it was announced he was on his way to the Swans for a season-long loan in August 2017.

Renato Sanches to Swansea is the signing of the summer...and i don't even know why.

Yes, part of it came down to manager Paul Clement's connections with the German club. But, it was still a massive surprise that Die Roten would let him go to... south Wales of all places.

However, it seemed from his debut display, that it was a horrendous move for everyone involved. The viral clip of him passing to an advertising board, came to epitomise his entire year at the Swans. His third manager in Carlos Carvalhal said it best, when he ​​said Sanches had 'stopped learning' since he left Benfica.

With his reputation now in tatters, Sanches returned to Bayern. He only made two starts for the club before his miserable time in Germany was ended when Lille spent €25m for his services in August 2019.

Curious to find out how his season has gone in France? Well, it's actually going pretty well for him.

He's thrived playing as a wide midfielder in Christophe Galtier's 4-4-2 formation, with his pace and dribbling abilities beneficial for Les Dogues' counter-attacking style. Those who are keen observers of Ligue 1 will have seen him show off his technical ability that made him so sought-after in 2016, while his work-rate is certainly a lot higher than it was in Wales.

8 touches in the opponent box : co-record of the game

8 recoveries : co-record of his team.

Sanches has made 30 appearances in France this term, contributing four goals but only one assist across all competitions.

As those stats suggest, while he is getting the game time not everything is there for him yet, with his concentration still highlighted to be a weakness in his game. His decision-making could still be improved a lot further, in situations where he must decide whether to dribble or pass the ball.

But it's pretty clear that Sanches is back putting in good performances again, away from the bright spotlight that burnt him out in the past, and he is enjoying his time in France so far.

Will he fully fulfil his talent? Only time will tell if the 22-year-old can still make it.