On This Day - 1997: When Chelsea Brought the Wrong Kit & Had to Wear Spare Coventry Shirts

That meant stars like Mark Hughes, Gianfranco Zola, Roberto Di Matteo and future World Cup winner Frank Leboeuf all donning Coventry away colours in a bizarre twist, the like of which has never been seen since in England’s top flight. 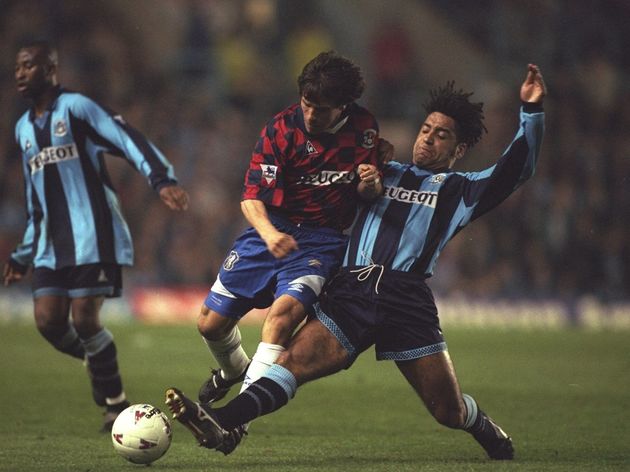 Traditionally, a meeting between Coventry and Chelsea would have never have caused a kit clash. Coventry are famous for very light blue, it is even in their nickname – Sky Blues.

But that season’s Coventry kit was a different design that incorporated a lot of navy blue – a striped shirt and navy shorts and socks. And that made it a clash with Chelsea’s blue.

Either packing the wrong one or not expecting a clash because it had never previously been an issue – the latter is not a logical excuse when Coventry had worn a change strip at Stamford Bridge earlier in the season – Chelsea had only brought their home kit with them.

Referee Dermot Gallagher deemed it to be a colour clash and kick-off was even delayed by 15 minutes to figure out an alternative. The solution? Chelsea were given Coventry’s red and navy checkerboard away kit to wear instead.

On This Day 1997: Chelsea turned up at Highfield Road without a change kit and were forced to wear the Coventry City away

Some Coventry crests were covered others just wore the shirt as it was. pic.twitter.com/lTrzetEk8T

Chelsea kept their own shorts and socks, so what fans at Highfield Road were presented with was the bizarre image of the visiting team in a kit that was a bit of a mash-up disaster.

It didn’t look to be harming them on the pitch, however, because midfielder Paul Hughes scored in the closing stages of the first half and they led 1-0 at half-time.

The second half was a different story, though, with three Coventry goals very quickly after the break from Dion Dublin, Paul Williams and Noel Whelan turning the game on its head. There was no fightback from Chelsea and the game went on to finish 3-1. 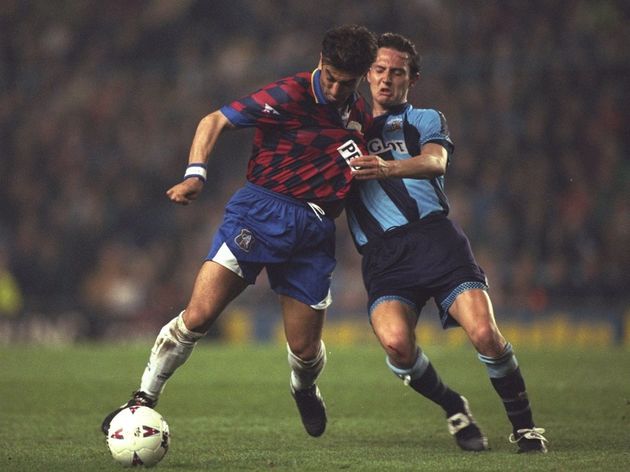 Chelsea had been fifth in the Premier League prior to kick-off and more generally the 1996/97 season marked a new chapter for the club as they began to close the gap on England’s best sides after spending much of the early and mid-1990s as a mid-table club at best.

Coventry, meanwhile, were in a relegation battle as was often the case in those days. But those three points were part of a crucial run of form that kept them in the league. Only three days before beating Chelsea, they had won against Liverpool at Anfield and drew with Arsenal and beat Tottenham to finish just a single point clear of the drop zone.