For a striker with such a long career, the statistics weren't always kind to Emile Heskey. If you want a truly prolific goalscorer, he wasn't your man.

Across his 17-year spell in the Premier League, Heskey managed 111 goals in 516 games - an impressive figure in insolation. However, there are those who will claim that for a striker who was kept around for so long, he should have done more.

However, despite regular calls from rival fans and the media for Heskey to be dropped, Leicester City, Liverpool, Birmingham City, Wigan Athletic and Aston Villa all saw value in the Englishman. They could see that he was more than just a goalscorer. "It wasn't the managers who got on me," Heskey told 90min. "It was everyone else saying 'oh, he's not scoring enough goals'.

"Well he brings this to the table, he brings that, he does this, he's great at that, the team gel well with him in it. But they just didn't get it. "I'm a forward, so I look at the runs he's making, the space he's creating. He seems to get space where nobody gets space.

"He creates his space, his first touch is brilliant because he takes it away from players, so he can have time to look around and assess what he's got to do next. He's great at that."

​Mohamed Salah and ​Sadio Mané have been the main beneficiaries of Firmino's grace. The two wingers score an absurd number of goals, and it's no secret that the Brazilian's teamwork plays a large part in that. 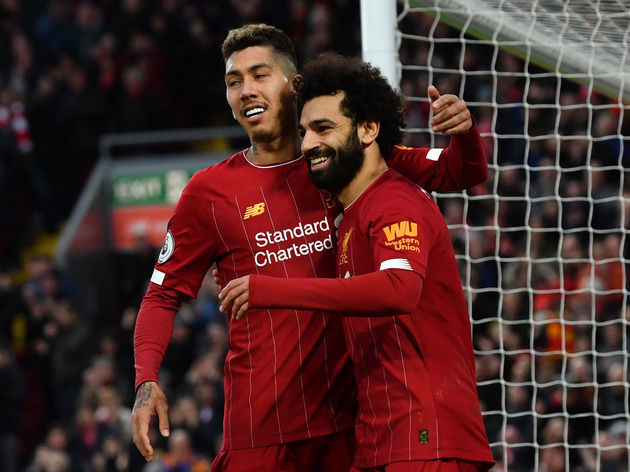 For Heskey, his partners-in-crime at Liverpool were fellow strikers Michael Owen and Robbie Fowler, who shouldered a lot of the goalscoring burden and allowed him to do what he did best.

"It was easier for us because we played with two strikers," he adds. "As long as one of you were scoring, the other one could do all the other work."