​Liverpool forward Sadio Mané has confessed that he was keen on sealing a move to Manchester United before he eventually joined the Reds in 2016.

Back then, Mané was still proving himself with Southampton. The Senegal international had put in some fantastic performances, but a few inconsistent showings meant he spent some time on the bench towards the end of his final year. Fortunately, his fortunes turned as he came off the bench to bag two goals in a 3-2 win over ​Liverpool in March 2016 - a moment which many believe convinced Jürgen Klopp to sign him. However, Mané told ​The Times that he was not thinking about a move to Anfield.

“Not really," he confessed. "We [he and his agent] were thinking most about ​Manchester United.

Klopp recently confessed that he felt Mané looked more like a rapper than a footballer when the pair first met, and the winger admitted that he probably made a few mistakes when it came to his fashion sense. 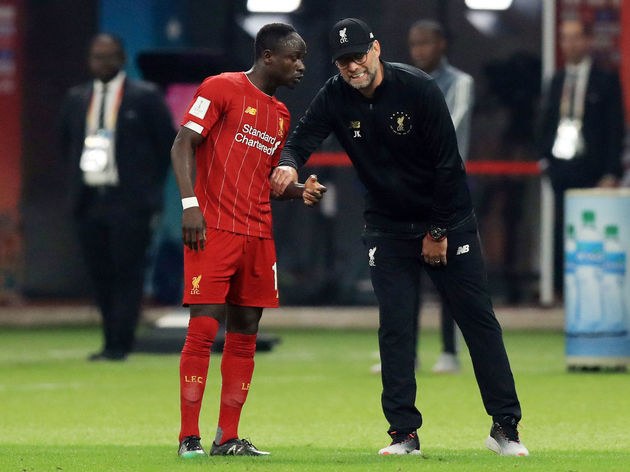 “I met him in ​Dortmund, always I am wearing my cap,” Mané said. “Maybe my look in 2013 was not like now and I was younger, I wear the clothes I thought were the best.”

That's all in the past now. Mané has blossomed into one of the deadliest forwards around under Klopp, forming a devastating trio with ​Roberto Firmino and ​Mohamed Salah, and he praised his teammates for helping him reach the next level.

It doesn't take long to wash your hands 識

In 20 seconds, you can enjoy Sadio Mane's 50th @premierleague goal for the Reds not once, not twice, but three times (plus an additional knee slide celeb ) ⚡️