Everton 5-3 Blackpool: The Seasiders' Chastening Defeat on Merseyside in Their Sole PL Campaign

​Blackpool's first and last Premier League season ended in the worst way possible as the Seasiders immediately dropped out of the top flight, after years of hard work in the Championship to get there in the first place.

Despite being relegated (and never recovering, as they now sit in League One), Blackpool actually enjoyed a 4-0 victory over Wigan in their opening game, before being humbled by Arsenal in a 6-0 thrashing a week later.

At this point in the season, however, Blackpool weren't exactly down and out, and David Moyes' Everton were in a similar position to them in mid-table.

Both sides put up a fight in the contest, which resulted in an eight-goal thriller, with Toffees striker Louis Saha bagging four of those for himself.

After a standard first half saw the game tied at 1-1, Everton took the lead two minutes into the second half thanks to Saha, before Blackpool turned the game on its head on the hour mark, with Jason Puncheon and Charlie Adam making it 3-2. 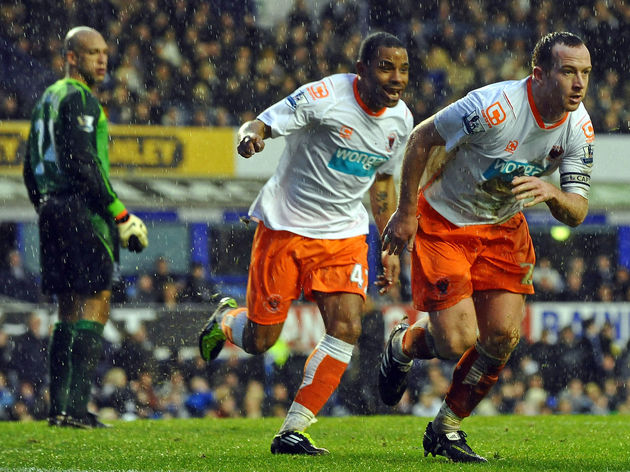 Their lead was halted when Saha grabbed his third not long after, before Jermaine Beckford and a fourth from the Frenchman added insult to injury, resulting in defeat for Holloway's side.

Everton ultimately got the win, but the way in which they did so was unconvincing as they almost let their lead slip.
The win in February 2011 was just their fourth at home all season at that point, but it was a key three points that saw them salvage a seventh-place finish.
A win against Holloway's Blackpool side would've been met with relief from Everton boss Moyes, who could only manage a 2-2 draw at Bloomfield Road earlier in the season. Dropping more points to a newly promoted club would've proved disappointing. Saha's four goals against Blackpool was a continuation of a hot run of form that had seen him score eight goals in his previous five starts for Everton, and was the only Premier League hat-trick he would ever net.

It had been a tricky few years for the Frenchman after joining from ​Manchester United, where injuries had hampered his stay. His performance here, however, was perfect, but an ankle injury in March would rule him out for the rest of the 2010/11 season.

Up until the new year, Blackpool hadn't been in too bad a position in the Premier League. In a generally disappointing season for Holloway's side, one positive was the emergence of midfielder Charlie Adam, who had impressed in Blackpool's promotion season, at Premier League level.

Adam nodded Blackpool into the lead during the game, with his header making it 3-2, but ultimately his efforts weren't enough to stop the Saha onslaught.

He managed 12 goals and eight assists in 35 Premier League appearances during the 2010/11 season, earning him a move to ​Liverpool the following season as Blackpool dropped to the Championship.

Defeat at Goodison was a concerning one for Blackpool.

Everton enjoyed a resurgence to their season after the exciting contest with Blackpool, and would only lose three more games from that point onward, managing a seventh-placed finish. 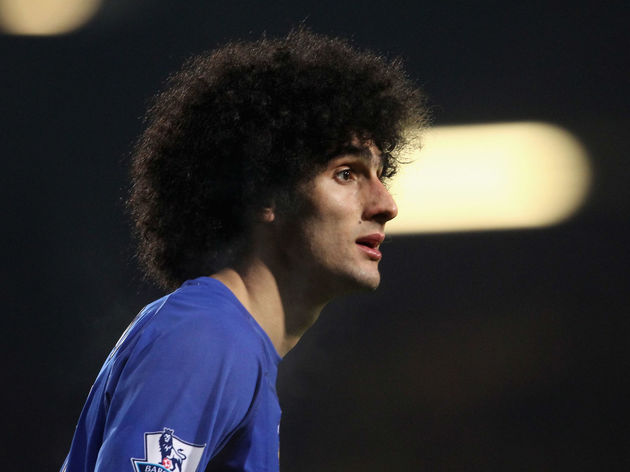 ​Marouane Fellaini also had another impressive season with the Toffees and emerged as one of the league's best midfielders that season for his efforts.

That afro is still one of the most magnificent haircuts the Premier League will ever see.

A look over both of the squads for this game is proof that we could write this section on basically anyone in either team, but we'll limit ourselves to just one for now.

Scored an absolute peach of a strike against Portsmouth during his stay on Merseyside, but it wasn't quite good enough to win goal of the season. Sorry, Diniyar.

While Everton's fortunes turned around for the better after the thriller against Blackpool, the Seasiders weren't so lucky. They would only manage to grab 11 points more during the rest of the season, and a 19th-placed finish saw them relegated, never to be seen in the Premier League again.

Everton remained around the Europa League picture and would enjoy a trip to Wembley the following season as they reached the FA Cup semi-final, but were knocked out by rivals Liverpool.

Whatever happened to that Jack Rodwell lad, who played for Everton that day?​

Why did Blackpool players decide not to mark Louis Saha from a corner when he was on a hat-trick?

Did Ian Holloway sleep in that orange and white scarf?