When you think back to Serie A in the 1990s, what immediately springs to mind? Francesco Totti, Alessandro Del Piero and Gianluigi Buffon bursting onto the scene? Ronaldo tearing defences apart limb from limb? Or some of the greatest tactical sides in football history?
​
​Yes, yes and absolutely yes.

But above all, one thing stands out:

Serie A was ushering in a whole new era of young, exciting, attacking stars into their midst, and this brave new world was welcomed in stylish fashion. 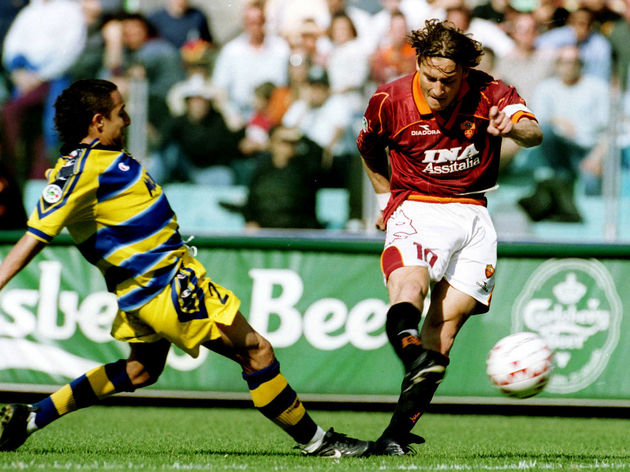 Some of the nicest jerseys in history took centre stage in the most exciting and star-studded league in the world, providing the sexiest backdrop to the biggest events in sport. But which shirts stole the show in the 90's cat-walk?

To help us decide on the nicest strip in the business, 90min spoke to Italian football expert and former Football Italia host James Richardson, who gave us the rundown of his favourite Serie A shirts.

Prepare to be wowed.

One of the most memorable shirts in Napoli's history, this little number will forever be remembered as the final kit to be pulled on by club legend Diego Maradona.

A historic jersey, which brought an end to an era of success for I Partenopei.

This is my favourite non NTFC shirt in my collection. Fiorentina home shirt from 1992/93 season  pic.twitter.com/uHDab2dbdv

The first of a Fiorentina doubleheader. This jersey is Fiorentina's 1992/93 outfit, and it's a thing of beauty.

The colourful 7up sponsor pops off the front of the shirt, and the lovely shades of purple provide a charismatic and classy criss-cross effect. One for the ages. 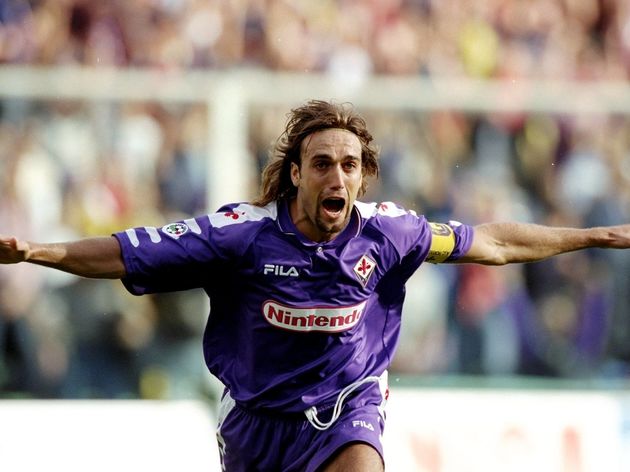 As good as the previous strip was, this one just about pips it for us.

Fiorentina had a knack of making their sponsor badge look so stylish on the front of their shirt, and once again, they've made Nintendo appear a class above the rest. A joy to behold.

There is so much to love about this particular kit. To start with, yellow and red are such warm, inspiring colours, and to see a stadium filled with Giallorossi flags is magical.

Now onto the actual strip. The Roma 1991/92 jersey is simply stunning. A lovely red dominates the shirt, with yellow trimmings and the word 'Barilla' emblazoned on the front. Never has a pasta brand seemed oh, so sexy.

The pièce de résistance. The emotion that stirs within you upon looking at this Sampdoria strip from 1991/92, is the feeling every kit manufacturer aims to reproduce when designing the latest jerseys.

The collar, the stripes, the deep blue combined with the red and black. The badge in the centre of the jersey. There's something so stylistically perfect about this shirt, that with only a glance in its direction, you just know it was made in Italy.

Outstanding. No wonder James Richardson chose this as his number one.